In the first major fundraising event for over year and a half, the Rotary Club of Lewes held its charity golf day.

Over a hundred people took part in the event, with various local businesses and organisations entering teams in a bid to raise money for three nominated charities – Parkinson’s UK, St Peter & St James Hospice, and Sussex Pathways – as well as other local Rotary charities. 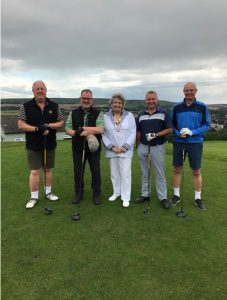 The event proved incredibly successful, breaking the club’s own golf day record by raising over £6,400 for its nominated charities.

From one sporting day to another, Lutterworth Rotary Club were able to run their 9th Big Bike Ride in support of Epilepsy Action, Cystic Fibrosis and Rotary charities in the UK and overseas.

In spite of a dismal weather forecast there wasn’t a drop of rain in sight as over 360 riders took to their bikes to enjoy a choice of 4 routes as well as a Hog Roast provided by the event’s main sponsor, Neil Green. 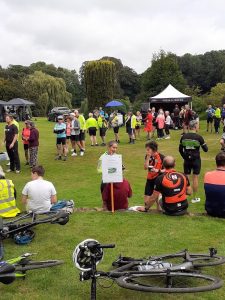 It’s amazing what can be achieved when working together. This was demonstrated beautifully by the Rotary Clubs of Romney Marsh, Hythe, Folkestone and Folkestone Channel who joined forces on the 15th August to host a day of fun and games for Young Carers.

There are over 700 registered Young Carers under age 16 in ‘Shepway’ and their time is almost solely dedicated to schooling and caring for parents or siblings so fun days like this are rare and greatly appreciated.

60 Young Carers and their families from all over the district gathered as the children got to enjoy a variety of games including mini football, target boules, bowling and skittles.

The feedback from all who came along was very positive and reflected the hard work put in by the four clubs.”

These weren’t the only clubs doing their upmost to support Young Carers, as the Rotary Club of Fareham were able to continue supporting Young Carers in the area with Dictionaries 4 Life. 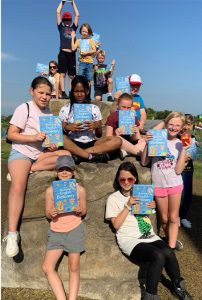 The Rotary Club of Fareham felt they could spread smiles and joy with the provision of 24 of these beautiful Dictionaries 4 Life as a gift to Young Carers that they can use as a vital extra learning tool.

A recent Census revealed there are almost 200,000 young carers in the country with many aged under eight.”

Previous Fareham Rotary Club President Mike Hurley says: “Young Carers are the unseen helpers in our communities and they deserve an extra helping hand too.”

“They experience immense emotional pressure and often miss out on enjoying childhood and we hope we have helped to show that we care about them too.”