The theme this year was ‘Civil Disobedience’ and the programme commenced with keynote addresses from two active campaigners, for Black Lives Matter and for Extinction Rebellion, who outlined their approaches to people power and protest.

After the school’s debated on topics ranging from the negative impact of extreme protests and the role of Generation Z in creating change, The Colin Powell trophy for ‘Best Presentation’ was awarded to Les Quennevais School by Rotary President Nominee Madeleine De La Cour. 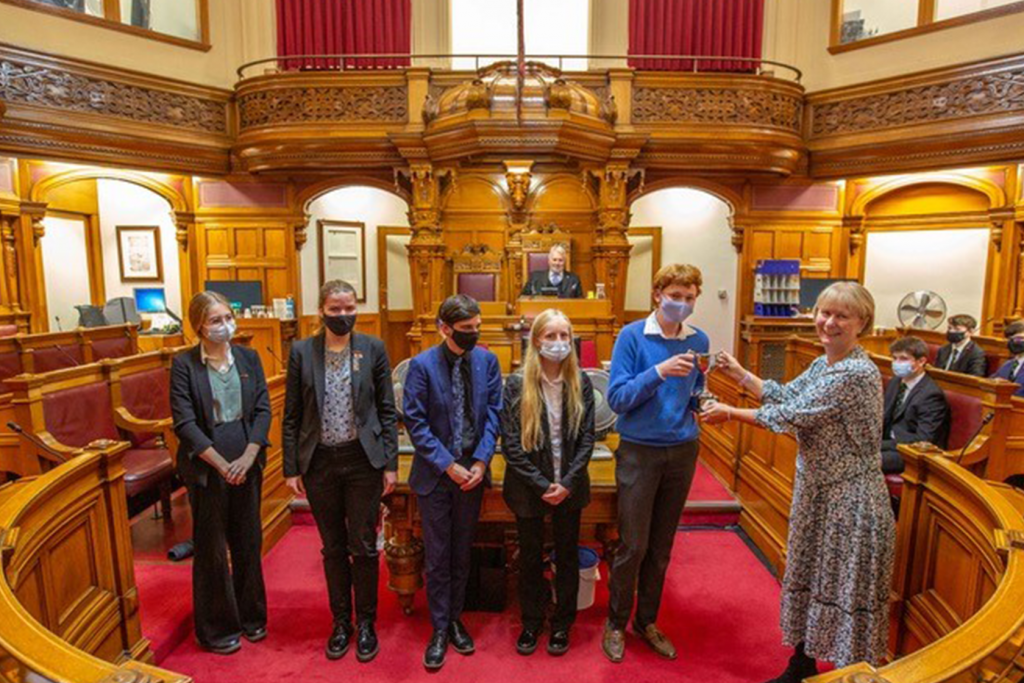 The Bailiff Timothy James Le Cocq Q.C., who is the President of the States, presided over the event as Speaker and Madeleine De La Cour thanked him for his support at the end of the event as well as The States Greffe for their logistical support.

Colin Powell, who the event is dedicated to, was a Rotarian and Economic Adviser to the States of Jersey. He was greatly respected and admired within the community and was influential in gaining the recognition of Jersey as a Rotary Peace Community.

BBC Radio Jersey broadcast the entire debate live and it was also streamed on the government website. Reports on the debate featured on BBC news bulletins throughout the day and extracts of the debate were repeated over the weekend.

The commitment of BBC Radio Jersey to broadcast the debate each year contributes to the continuing success of this prestigious event in the Rotary Club of Jersey’s peace programme. 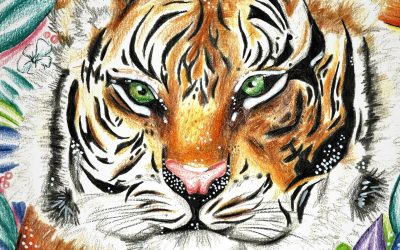 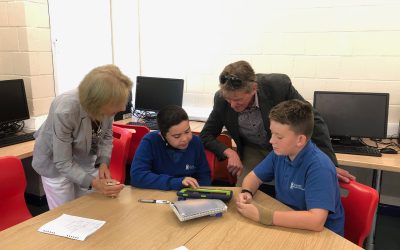