It is one of the biggest fundraising events of the year, and Rotary has been out to support for Children in Need again this year.

Rotary members have been using their time and talents to support BBC Children in Need and have exceeded Rotary’s fundraising target for 2017.

Children in Need is one of the biggest fundraising events of the year and Rotary clubs across the UK pulled together and accumulated a total of £126,141, which may rise further as more clubs share their success stories.

Children in Need was introduced with Pudsey Bear in 1985 and helps children across the UK.

This varies across the 2,600 projects which Children in Need supports ranging from help in hospitals and aiding other organisations who care for children. Hundreds of millions of pounds have been generated since its establishment, which has reached the needs of many future generations.

An example of what your money is doing to help is the BID Services who received a grant of over £80,000. They offer a weekly youth club for the deaf children between the ages of 8-14, supporting the educational, personal and social development of the individuals.

Rotary activities included Burnham Beeches Rotary who took Pudsey on a tour of ten local schools and raised an astounding £4,300. The delight on the children’s faces was clear to see, after a fun day with the much-loved bear.

Over in Brue Valley, Rotary members and friends made locals laugh when they appeared in fancy dress at various pubs and restaurants. 40 venues later, the team of ten had collected £1,300.

In London, Pudsey was flying high at Heathrow, whilst volunteers came together and gratefully received an outstanding £30,000 during the day.

While at Carfest North and South, Rotary volunteers (above) enjoyed the sun and atmosphere to raise over £24,000 towards the total.

Through their fundraising activities, a Rotary club in the South of England has helped a hospital trust secure a new cardiac ablation machine. 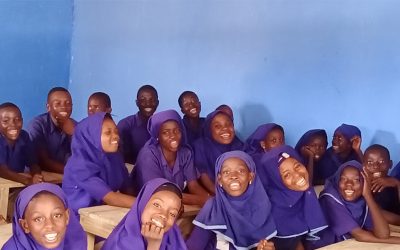