This week the #iwill campaign is celebrating its fourth year of success and Rotary has plenty to celebrate too.

In February 2014, Rotary in Great Britain and Ireland pledged to create 125 new Interact clubs and 300 new RotaKids clubs by 2020, helping young people to revive and rejuvenate communities. Not only has the Interact target been met, it has been exceeded with 137 new clubs!

The 125th Interact club is none other than Haydon School in Pinner, Greater London, which chartered earlier this year.

Since then the club has held two cake sales the first of which was to raise funds for a school in Burundi with which they have ties. They are busy planning a project in December to raise more money.

Nigel Shock from the Rotary Club of Pinner, which sponsors Haydon School Interact, said: “After many years of trying another school, it was a breath of fresh air to get such a positive response from Haydon School when they were approached about forming an Interact club.”

“The charter was presented in May 2017 by the Mayor of Hillingdon, in the presence of our then District Governor Joy Arnott, the Head Teacher and the fifteen or so Interact club members.”

As part of Interact, members of the club complete two major projects a year, one based locally, and one with an international focus.

Teacher Stefan Clarke has been involved with the club since the very start and says the pupils have gained so much: “Members of the Haydon School Interact Club have been able to develop their leadership and entrepreneurial skills by undertaking two projects so far raising money for charities this year.”

“Through both of these student-led initiatives students have demonstrated helpfulness and respect towards the local community. Their hard work, flexibility, problem solving skills and responsibility shined brightly.”

“This club is single handedly changing the local student perception towards helping charity and has made more students want to connect and support the local community.”

“So far this year, the club has raised over £500 for local and international charities. The local charity supported was Red Nose Day that helped victims of domestic violence.”

“The international charity supported was the Burundi Education Fund, where money raised helped build a new one room school in Burundi. Haydon School now has a partnership with the only Interact Club in Burundi.”

“We look forward to the continued success of the club and we thank the Pinner Rotary Club for their continued support.”

Rotary in Great Britain and Ireland President Denis Spiller is delighted with the news: “I am immensely proud of our Interact and RotaKids clubs and hearing that we have not only met but broken through our #iwill target is excellent.

“The energy from these clubs is infectious. After just one encounter they will have you motivated and really believing that anything is possible which, with Rotary, it is.”

“Rotary is not just about kids getting involved, it’s about families, friends and anyone who wants to work with like-minded people and do amazing things such as creating food banks, setting up shoe box Christmas present schemes for orphaned children, disaster relief and eradicating polio.”

RotaKids is also expanding quickly with a very healthy figure of 222 new clubs, just within reach of the 300 required to fulfill the #iwill pledge.

There are just over two years to go and it is highly anticipated that the current rapid and enthusiastic expansion will continue.

RotaKids and Interact clubs offer young people, aged between 7-18 great options for volunteering and putting their ideas into positive social action both at home and overseas.

The clubs can be found in schools, colleges and community centres and also support the national education curriculum.

With the support of a sponsoring Rotary club, the members enjoy learning new skills as well as having a great time coming up with projects which can help others in need. 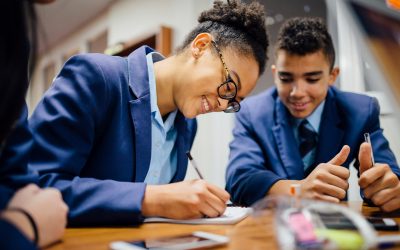