Visions through the eyes of young children on the world’s global warming challenge were unveiled to political leaders and climate experts at COP26 last week. It was part of a Rotary-organised competition.

The best of nearly 4,000 hand-drawn posters from primary schools across the UK were shown as part of a Commonwealth Blue Charter focus on how young people viewed the environmental crisis.

The creative solutions on show at COP26 as well as at Glasgow Airport and hotels brought an extra dimension to the climate debate, said Commonwealth Secretary-General Baroness Scotland.

Baroness Scotland praised them as “the new climate warriors who are so engaged”.

She said that the winning poster depicted a heart showing valves belching out smoke forming an “absolutely powerful message to keep it beating”.

Baroness Scotland said the competition run through Rotary clubs was a superb way to involve young people in being involved in tackling the challenge. “It is a critical moment. We are all charged with an indictment. I intend to plead not guilty.” 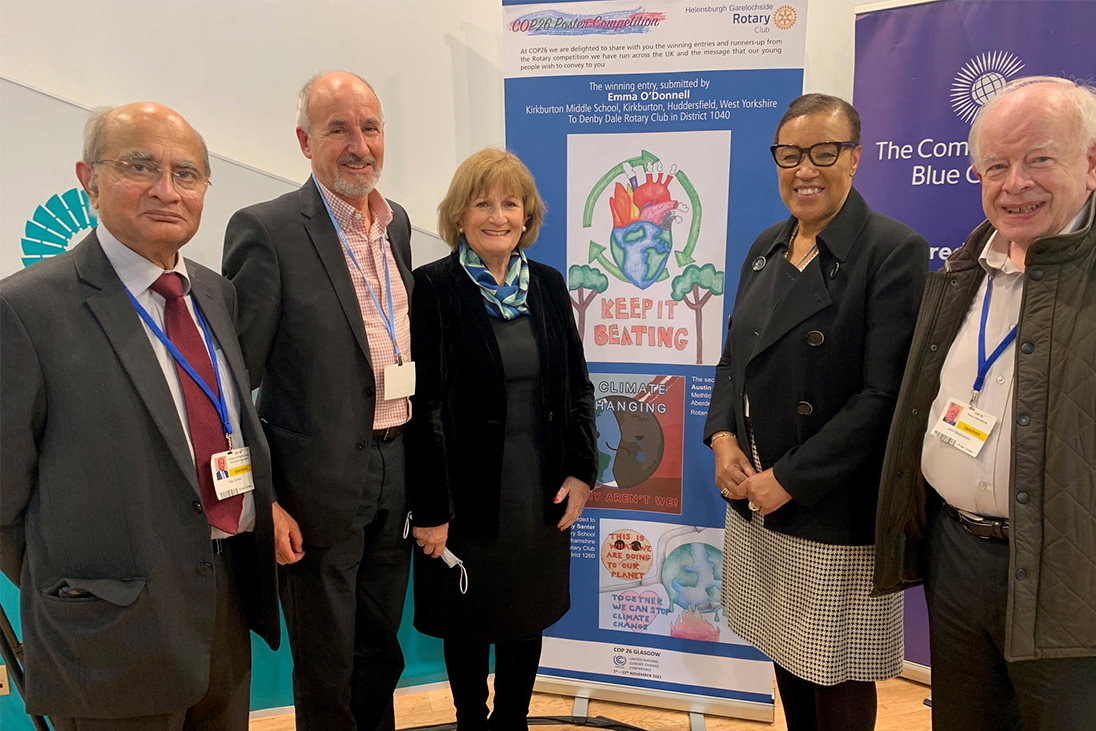 The Baroness took part in a live discussion with young children from Ewell Castle School in Surrey, as well as schools from Nigeria and Malta.

The Baroness spoke “It is a critical moment. We are all charged with an indictment. I intend to plead not guilty.”

She praised the children as “the new climate warriors who are so engaged”. She also told them: “None of us can do this on our own but if we come together and think about positive things we can do we are on our way.” 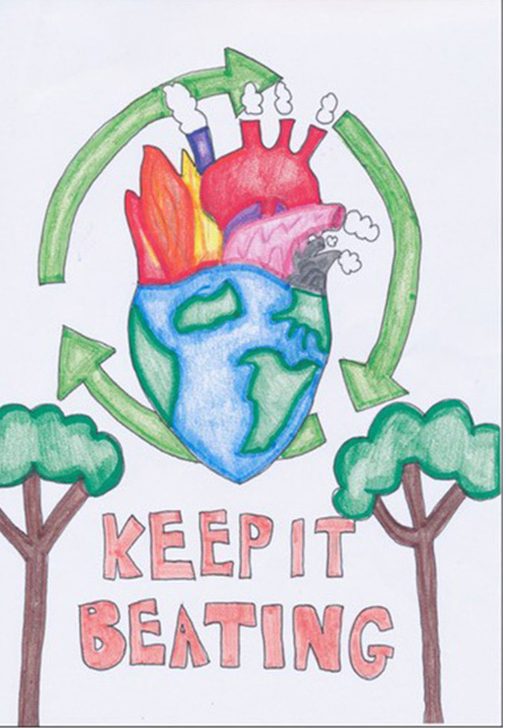 Judith Diment, talking for Rotary International who staged the competition with the theme Mitigating Climate Change, said the young people had been given a voice through their posters and it was now “for the people of the world to make it a better and safer place for their generation”. 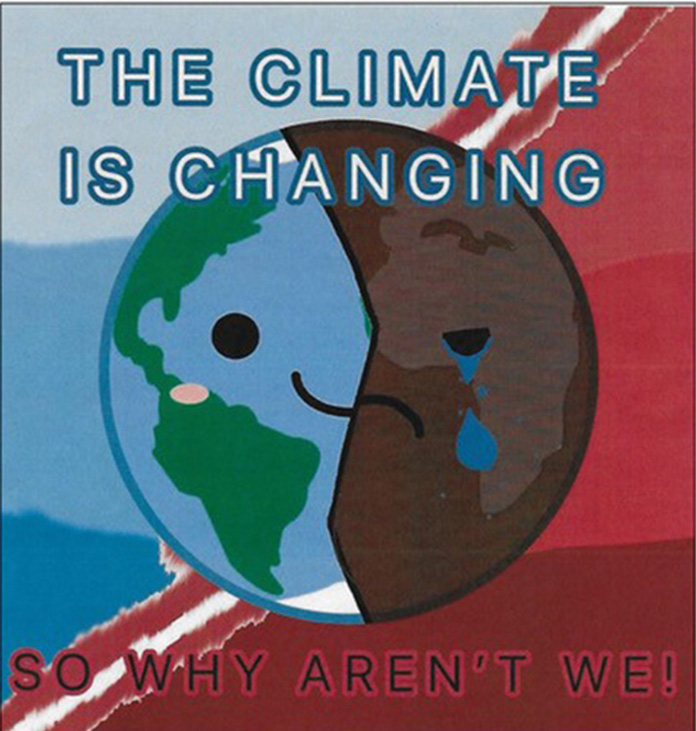 The second-place entry by Austin Harris depicts the earth becoming broken due to climate change.

The winning poster was produced by Emma O’Donnell from Kirkburton near Huddersfield in West Yorkshire who received the first prize of £300.

Austin Harris from Methlick in Aberdeenshire was second collecting £200, with Lucy Santer from Amersham in Buckinghamshire third and receiving a prize of £100. 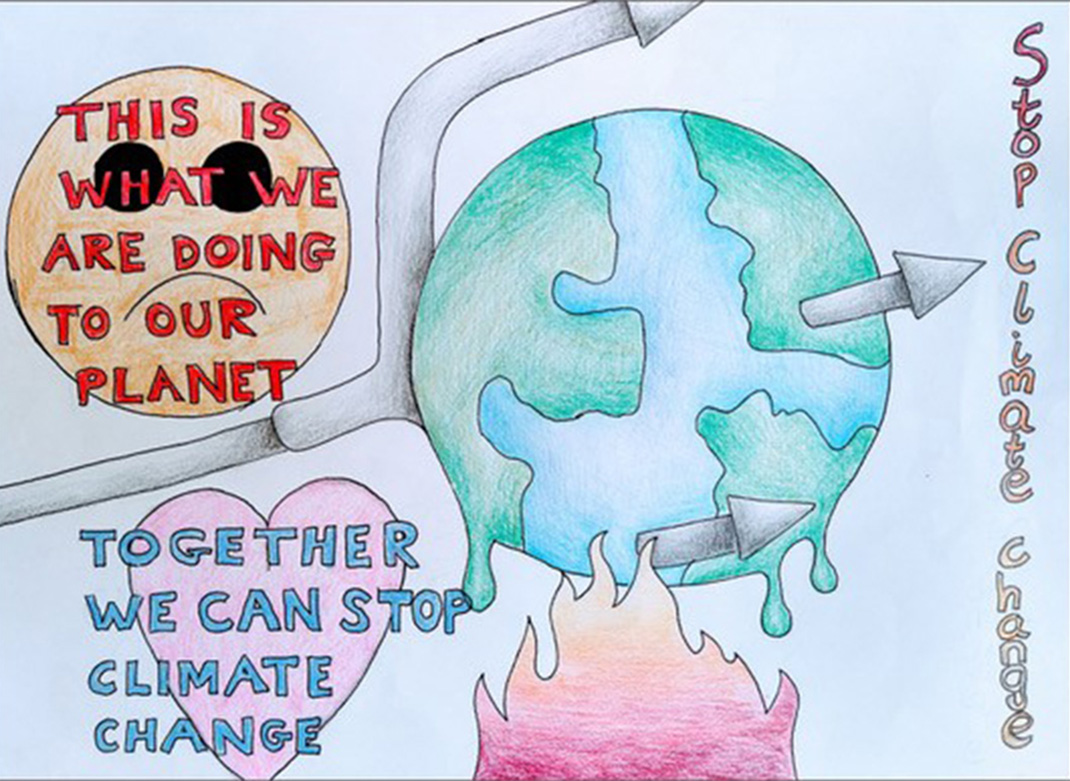 The third-place entry by Lucy Santer depicts the earth being heated on a fire causing a critical change in the climate. 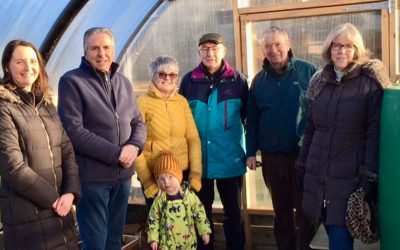 Stonehaven Rotary in eastern Scotland has set up an environmental group to help in the drive for a cleaner and greener climate. 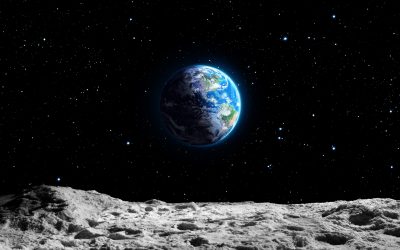 Rugby Dunsmore Rotary Club have started a free initiative where those who want to make a difference to climate change can come together. 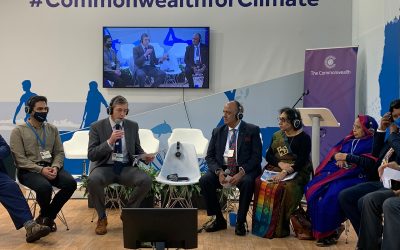