Large parts of northern England have been besieged by flooding after a month’s worth of rain fell in 24 hours. That’s prompted Rotary clubs to rally behind their communities.

David, who heads District 1220, lives in the heart of the region where the Don, Derwent and Trent rivers have burst their banks flooding tens of thousands of homes and businesses for almost two weeks.

Thousands of people were forced to abandon their homes earlier this month, with areas around Doncaster and Sheffield badly affected by the downpours.

Dozens of flood warnings have been put in place, with meteorologists in Sheffield describing the deluge as the wettest autumn on record.

And that has prompted the Rotary in Great Britain and Ireland Disaster Recovery Trust to re-open its UK Flood Appeal.

David Hood reported that Rotary clubs across the district have been heavily involved with supporting the community.

He said: “As you can imagine, many Rotary clubs have been involved, starting with Matlock (& Darley Dale) Rotary in my home town where floods have affected mainly the business community.

“It also resulted in the tragic death of Annie Hall, the former High Sheriff of Derbyshire, who was swept away and whose body was recovered from the fields close to the River Derwent on November 8th at Darley Bridge.

“Since then Derbyshire County Council has put in place more than £100,000 which can be accessed by both the business community and householders. No doubt this will be increased as a result of local and political pressure.” 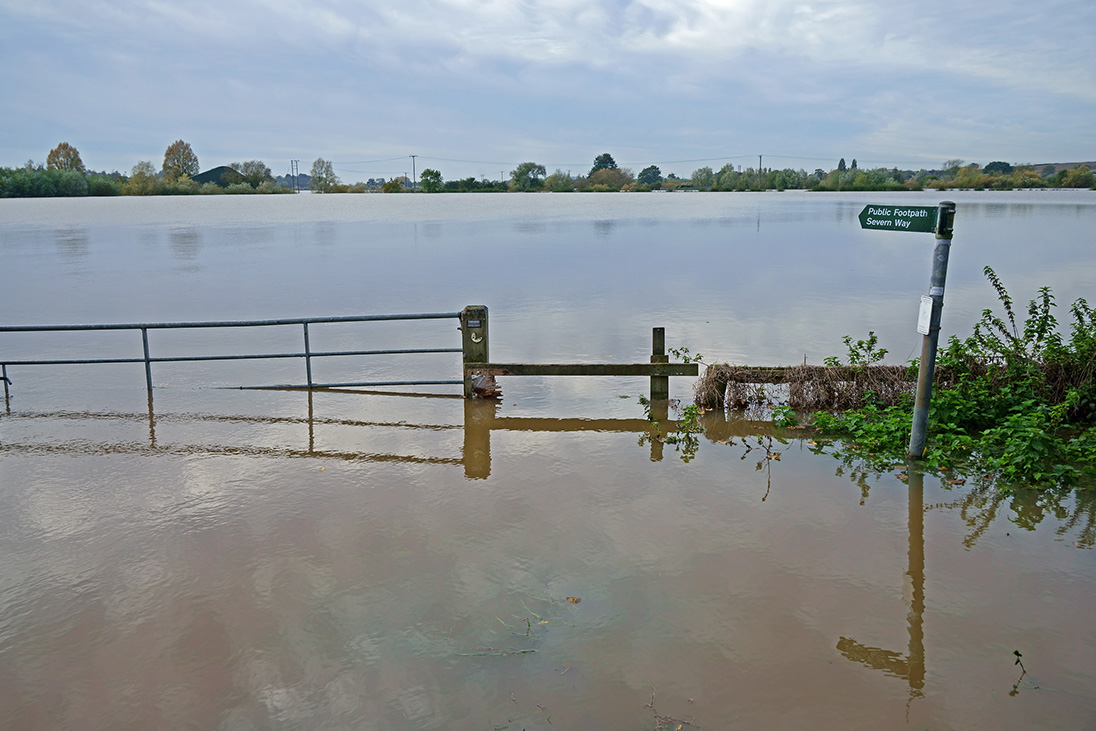 As well as northern and central England, areas across the country have been impacted. Above shows a submerged public footpath in Tewkesbury, Gloucestershire.

David Hood, reported that they held a meeting on Saturday, where mention was made of the good work carried out by clubs in the affected areas.

He said: “Many clubs reported that major supermarkets, shops and voluntary organisations were donating large quantities of food, clothing and cleaning materials.

“Having said that, I think the Doncaster clubs and others are going about their aid offer in a well-organised way, working with councils and emergency services.”

Doncaster has been one of the hardest-hit towns in the region. There, more than 1,000 homes and businesses have been affected since the rain started on November 7th.

Some 363 million litres of water have been pumped away from affected areas, and more than 40,000 sandbags handed out.

How to donate to the Rotary Disaster Recovery Trust Flood Appeal

Adrian Hattrell, Secretary of Doncaster Rotary, said they were grateful for the many messages from Rotarians who have offered to help the people of Doncaster.

He said: “The difficulty is that the situation keeps changing as water levels rise and fall.

“Over the past week the emergency services (Fire and Rescue, the Army, Local Authority and police) have done a great job in rescuing people and animals, and strengthening flood defences.

Flood warnings are still in place.

“Those who have been made homeless have needed clothing and bedding and tinned food, so collection points have been set up and the public have responded generously.”

Adrian predicted that Rotary will come into its own once the flood waters recede, and people return to their homes, adding: “We believe that this is where Rotary can help most effectively – cleaning up houses and gardens, hiring skips, removing debris, replacing damaged furniture, and repairing sports and community centres.”

Adrian Hattrell said that they had set up a bank account to meet this challenge in the name of the Rotary Club of Doncaster trust account: sort code 60-06-39, account number 22076484.

The current advice given to us is that our help will be particularly needed after the flood water has receded and the clean-up operation begins.”

David Street, Secretary of Doncaster St Leger, agreed with the prognosis that Rotary’s help with be more needed once the flood waters have gone.

He said: “The current advice given to us is that our help will be particularly needed after the flood water has receded and the clean-up operation begins.

“So we will be ready to help financially and with physical support as soon as we get the green light from the Council bodies co-ordinating operations on the ground.”

Over the county border in North Nottinghamshire, Workshop Rotary’s secretary, Philip Smith, reported that the Bassetlaw Foodbank is seeking more requests for help.

These are from not only directly-affected families, but those who are indirectly affected, such as workers on zero-hour contracts who have not been able to earn as much.

Some 363 million litres of water have been pumped away from affected areas, and more than 40,000 sandbags handed out.”

“The usual restrictions of three food parcels in six months has been waived for any flood-affected people, so they are under pressure for funding,” said Philip.

“At our Rotary club meeting on Tuesday, we resolved to assist where possible and we have donated £250 to the Foodbank. I have no doubt that some of our members may well have made personal donations of food or money.

“In addition, as our annual Christmas collections at Tesco and Morrisons’ supermarkets are imminent, we have decided to donate all the funds raised at Morrisons to the Bassetlaw District Council Chairman’s Appeal.

“However, we are always mindful that whilst the situation here has been bad, it really does not compare to that in the Doncaster area and our thoughts are with those affected in that area.” 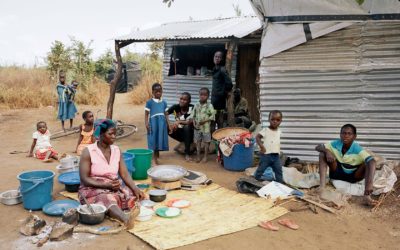 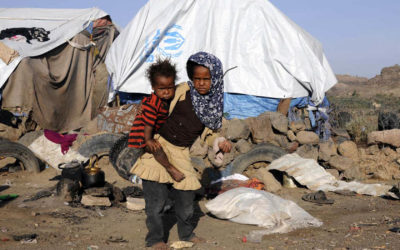 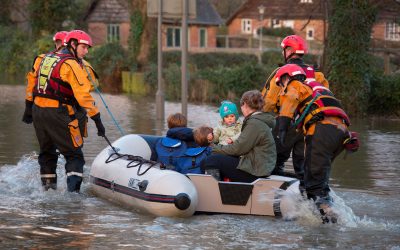 Whole swathes of South Yorkshire found itself under water in November after torrential rainfall hit the county. Now, at the start of the New Year, Rotary clubs are helping communities to rebuild.