Don’t Bottle It Up is a Rotary-inspired social media campaign which raises awareness about mental health and is urging people to seek help.

Rotarians 4 Mental Health seeks to tackle the stigma of a condition which affects one in four people in the UK each year, according to the charity MIND.

The sporting celebrities have taken part in a social media campaign holding up a bottle and posted the image with the hashtags #DontBottleItUp and #ItsOkayToTalk – linking the post to one of the mental help groups who can provide help. 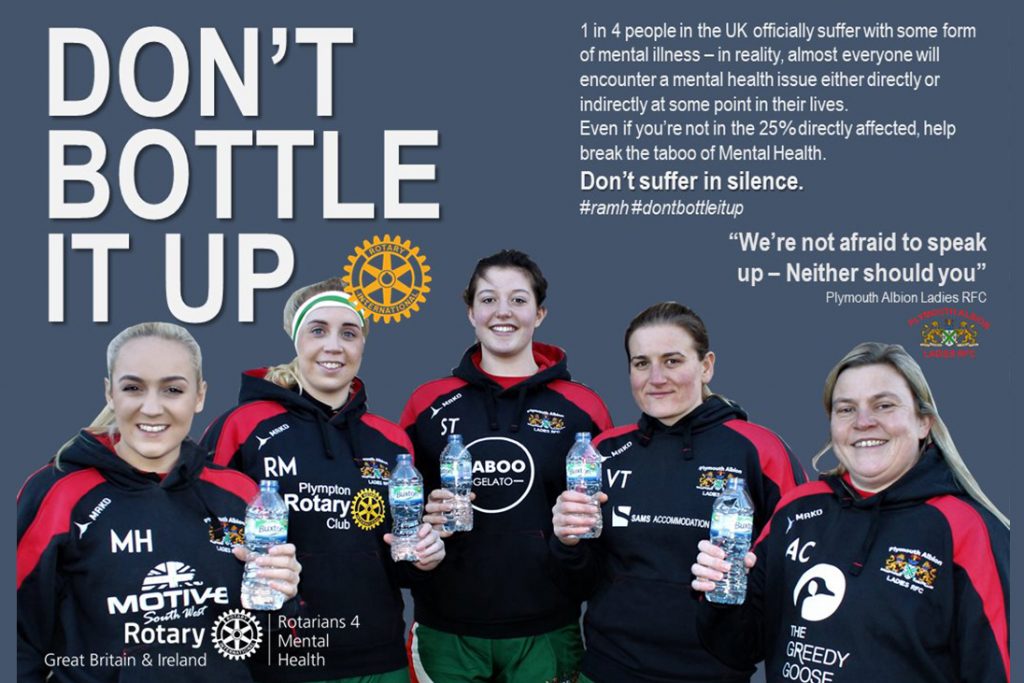 Darren Hands, from Plympton Rotary in Devon, is helping to drive the initiative.

He said: “This is a simple campaign which encourages those directly, or indirectly, affected by mental health issues to not be afraid to speak up and seek help.

“Help is out there and although it is not an exhaustive list, our Rotarians 4 Mental Health website does provide a few links to just a few of those groups who can help.”

Mental health is an issue close to Darren’s heart. In 2016, he organised the speaker programme for the South West Peninsula Rotary District conference where mental health was one of the issues.

Following the conference, the then-District Governor, Stephen Lay, brought together a small working party to look at what more Rotary could do around mental health.

We might not be able to offer help directly, but if this campaign encourages just one person to go and seek help, or even just speak to someone to help ease the burden they were feeling, then it will be worth it.”

Darren explained: “The working party recognised that we are not experts, so a three-pronged approach was decided upon.

“The longer-term aim was for a Rotary Foundation-funded project, initially in Cornwall, which would provide a drop-in centre for people with mental health concerns to come in and chat to others.

“I was tasked with pulling together a website and a social campaign close to the End Polio Now’s ‘This close’ campaign, encouraging those affected by mental health to speak up and seek help and ‘Don’t bottle it up’.

“We might not be able to offer help directly, but if this campaign encourages just one person to go and seek help, or even just speak to someone to help ease the burden they were feeling, then it will be worth it.” 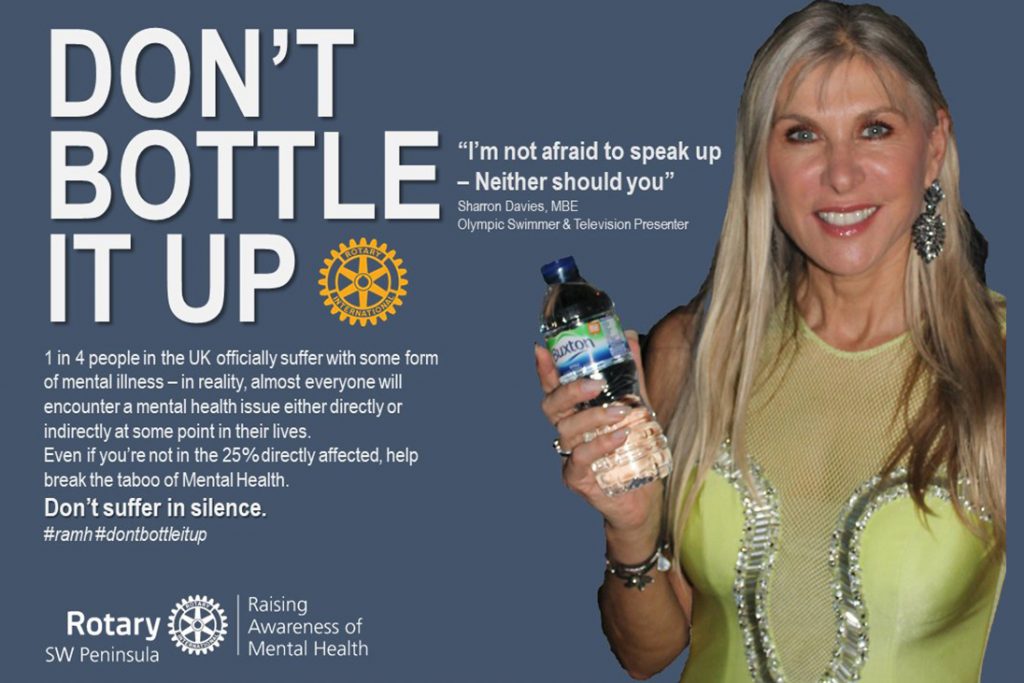 The campaign has taken some work, and Darren has successfully roped in leading personalities from the south-west to endorse the initiative.

Now it is being spread out nationally through Geri Parlby from Tavistock Rotary, who leads on national Rotary health projects.

A website has been created where links to groups are being added to all the time along with details of those willing to speak on such issues.