A Men’s Shed project, which provides a focus for the elderly in Royal Wootton Bassett near Swindon, Wiltshire, has received recognition by a top competition.

It’s a display with a difference, but Royal Wootton Bassett & District Rotary Club has just won an outstanding award from the South West in Bloom competition for its Men’s Shed project.

One of the touch points for the Men’s Shed concept was how this was a way of tackling mental health in men, especially the elderly, by giving them a focus.

Linda Locke from Royal Wootton Bassett & District Rotary explained: “Always looking for ideas and ways that Rotarians can use the skills developed in their professional lives, it seemed a great opportunity to do something about the widely recognised issue of loneliness in older people, especially men.”

That sparked some partnership working with between Rotary and the Wiltshire community, including Dorset & Wiltshire Fire Service, who offered the use of their newly-refurbished fire station to house three sheds.

Two of the sheds were left over from Car Fest and, through the National Association of Men’s Sheds, they were transported to the fire station.

It seemed a great opportunity to do something about the widely recognised issue of loneliness in older people, especially men.”

Tools came in from various sources with people clearing out family sheds and garages donating items to the project. Rotary provided a grant of £500 and Wiltshire Council gave £2,000, while Rotarian, Keith Griffin an electrician, wired up the sheds to professional standards.

The Men’s Shed officially opened on 1st January 2017 and a core of faithful shedders has been rapidly established.

Linda explained that the Men’s Shed club has evolved to become closely involved with the community, particularly through close interaction with Royal Wootton Bassett Town Council. 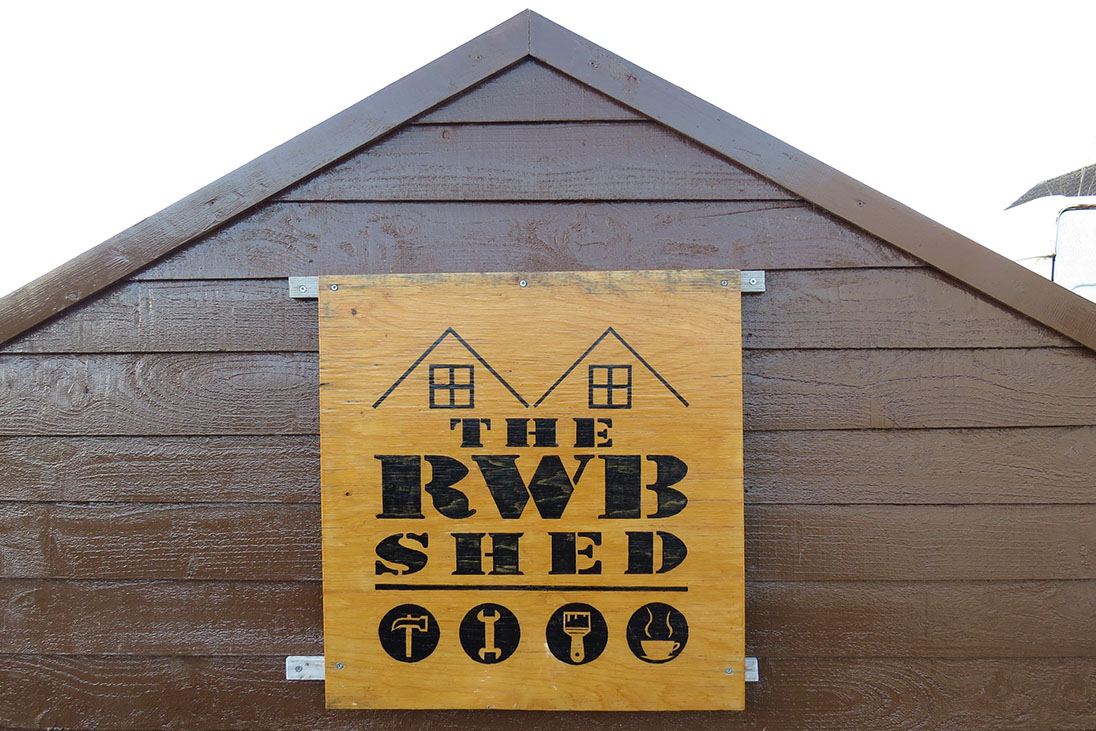 The Royal Wootton Bassett Shed has become a highly regarded part of the Bassett community.

She added: “They decided to focus on woodworking and set out to recycle wood from various sources such as unused pallets, to make bird boxes, hedgehog houses and planters.

“The benches in the high street have been renovated by shedders and much of the iron-work around the Town Hall has been repainted.

“Planters and benches have been made for local schools. They also have a connection with the Oak and Furrows Wildlife Rescue Centre, who are extremely happy to take hedgehog houses which can go with hedgehogs when they are returned to the wild in the Spring.”

The Royal Wootton Bassett Shed has become a highly regarded part of the Bassett community and some Rotarians are active members.

The Shed enjoys generous donations of money from the Town Council and the Asda Foundation, as well as receiving gifts of wood and tools from throughout the local area.

“The Fire Service continues to give them free use of their facilities and with all this support, hopefully, the Shed will continue to function for a long time to come,” added Linda.