An exhibition of photographs featuring young snappers from Rugby opened at the weekend as part of a Rotary-organised competition.

Talented young photographers from the Midlands are having their work displayed at an exhibition organised by Rugby Rotary.

The Rugby Rotary young photographer competition received a record number of entries this year. The task was to present a portfolio of pictures which captured the theme ‘Through My Eyes’.

Each image had to be accompanied by a description of the picture. 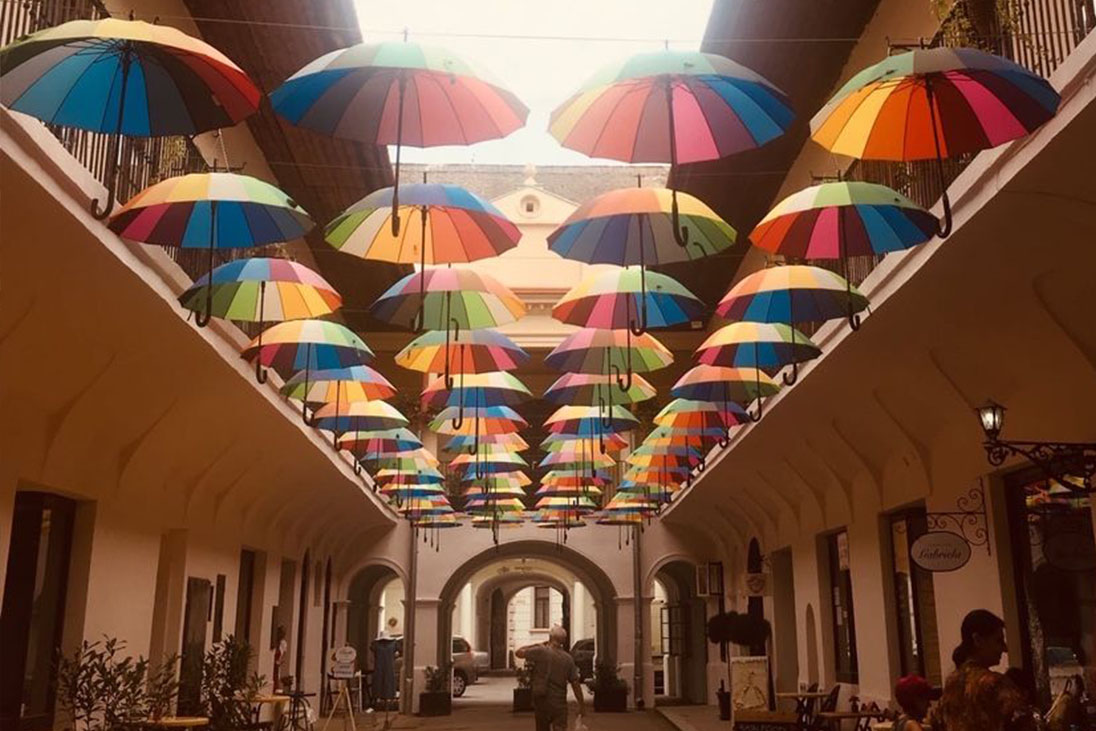 Isabella Goodridge, 15, from Ashlwan School, won the senior prize with ‘A rainbow of brollies’.

Around 100 entries were received which were judged in three categories by professional photographer, Jamie Grey and arts development officer, Sally Gooden with Mike Baker, former chief photographer of the Rugby Advertiser, choosing the overall winner.

The winners were nine-year-old Ava Morley in the junior category with her photo ‘A snail’s pace’, Raphi Kane, aged 12, from Princethorpe College, captured the intermediate prize with ‘A monument of pebbles on a summer’s day’, and Isabella Goodridge, 15, from Ashlwan School, won the senior prize with ‘A rainbow of brollies’.

The task was to present a portfolio of pictures which captured the theme ‘Through My Eyes’.

They were presented with their prizes at the weekend, and these images, along with others which were entered, are now on display at the Rugby Gallery in the town.

Organiser Terri Morgan, from Rugby Saturday Breakfast Rotary, told the Rugby Advertiser: “It is an absolute pleasure and a privilege to be involved with such motivational young talent in Rugby year after year.

“It was always my ambition to display all of them in the Floor One Gallery. This year thanks to the kind sponsorship of the Hinckley & Rugby Building Society we have achieved it.

“This allows me to display all entries rather than just the best one of three.”

The exhibition runs until February 21st.