How Rotary Clubs are supporting Education in Lebanon

How Rotary Clubs are supporting Education in Lebanon

The United Nations Interim Force Battalion was established in 1978 as a peace-keeping operation to support the Lebanese Armed Forces in the south of Lebanon and to also provide humanitarian assistance. They recently helped transport literacy gifts from Rotarians in Ireland to children in the country.

Children in Lebanon received extra special presents over the holiday season thanks to Rotarians in Ireland.

Last November, the Irish Defence Forces (Óglaigh na hÉireann) who have been deployed to the Middle East this weekend as part of the 115th United Nations Interim Force Battalion, took the materials to the Mediterranean country.

It’s a small, mixed gender primary school for 400 children. They have Syrian refugees in the classes too”

Jason Dempsey, President of Kilkenny Rotary, said he had heard from the Battalion, who confirmed the materials had been safely delivered.

“I think the smiles on the faces of the kids says it all,” said Jason, who thanked the partner clubs for being part of this project. “Let’s hope we can build on it in the future.”

Captain Salma Bedair from the United Nations’ Civil-Military Coordination team said that they had visited a school at Bint Jubayl in south Lebanon.

“It’s a small, mixed gender primary school for 400 children. They have Syrian refugees in the classes too,” he said.

“The primary school really appreciated the stationary and the school equipment. It will go a long way. The kids were delighted too.

“We are going back to the school in January to do English lessons with the older children.

“All the equipment you donated today will facilitate these lessons.  Thanks a million to you, the Rotary clubs and Stakelums for the donation.” 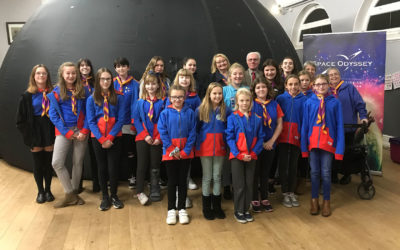 Gosport Rotary in Hampshire stepped in to help fund a space experience with a difference to a group of Girl Guides. 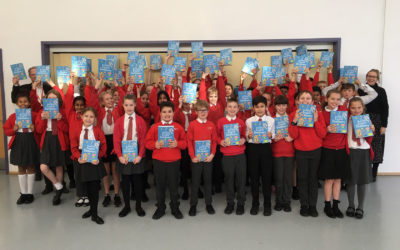 Leatherhead and Paddington Rotary clubs have continued the tradition of one of Rotary’s leading community projects, providing dictionaries to school children. 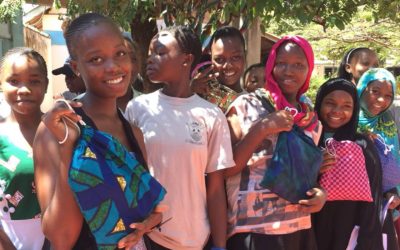 Yorkits is a Rotary-run community project which involves volunteers making washable, easy-to-use feminine hygiene kits for girls in developing countries – and it goes from strength to strength.