The Worry Tree Café was the inspiration of Millie Corke to help those with mental health issues. Dave King caught up with Millie who explains the journey she has been on.

Millie Corke was a primary school teacher in her twenties who loved her job but who was secretly falling into the well of despair.

She sought a release and decided to take her own life. “I was 28-years-old working with Year 6 pupils at the primary school, and though I loved my job, I was getting lower and lower,” she recalled.

“I asked for some help, and they said I could take some time off work with stress.

“I remember driving home from work thinking if I drove my car into that ditch and died, no-one would care. I felt dying would make my life easier.”

Chillingly, Millie chose the moment to take her own life only once her class of 10 and 11-year-olds at the Suffolk school had completed their SATs exams.

She didn’t want her death to impact on their results. The attempt failed.

“I felt devastated when I woke up. I thought dying was the right thing to do.

“I remember hearing and sensing a white noise, a peaceful white noise telling me it was time to go.”

Millie, who had also sought solace with drink, tried unsuccessfully twice more. She tells this desperate story with a twinge of emotion in her voice.

Diagnosed with borderline personality disorder, Millie describes the condition as having an inability to form relationships, a constant fear of abandonment, with a need to self-harm.

#DoTheRightThing met Millie, who told the inspirational story of how a mental health crisis turned her life upside down, and how she has used her own experiences to help others with the Worry Tree Cafe. For more information, visit: https://t.co/HmW18RM8Xo pic.twitter.com/9tEWdtFhm9

It affects about one in 100 people in the UK. But, in living to tell the tale Millie, now 32, has used the episode as a turning point in her life.

Millie and her family, including father Nick who is a Past President of Rotary Framlingham and a former District Governor, were acutely aware of how difficult it is to access mental health support.

Less than 12 months after finishing treatment at the Priory Hospital Chelmsford, she set up The Worry Tree Café in her hometown of Framlingham in Suffolk in May 2017.

Millie knew she was the subject of gossip in the village, so she took to the social media platform Facebook to tell them what was happening.

It was at that moment that she decided she had to do something to tackle the loneliness and stigma surrounding mental health.

I remember driving home from work thinking if I drove my car into that ditch and died, no-one would care. I felt dying would make my life easier.”

“I figured that if I feel this way, then other people must do too,” she explained.

“I will never forget what my counsellor Julia said to me on one of our first meetings, ‘Get busy living or get busy dying’ from the film Shawshank Redemption, I chose living.”

And so, with the help of a colouring pencil, a piece of paper and the knowledge that something had to be done to help others suffering from mental health so they didn’t feel alone, The Worry Tree Café was born in the family garden in Framlingham.

Based at the Mills Meadow Day Care Centre in Framlingham, situated north-east of Ipswich and half way between the Suffolk/Norfolk border, this has become a haven for those with mental health issues.

The concept is simple. For two hours each week, Millie and her small team of volunteers organise tea, coffee and biscuits where anyone affected by mental health – either directly or indirectly – can drop in.

The environment is warm, friendly, and non-judgemental.

The most common reason for attending is loneliness, but the café also supports people dealing with grief, depression, and a variety of other issues.

The café has already attracted celebrity support. Singer Ed Sheeran, who attended the same school as Millie, has become the charity’s patron.

In backing the project, he said: “I am happy to support Amelia’s vision of a Worry Tree Café.

“This will be a safe, welcoming, friendly haven where people can talk freely and without judgement about their experience of mental health issues and share ideas which have helped them cope both day to day and in dark times.

“Framlingham is a wonderfully friendly town, but most of us shy away from discussing such personal things.”

There is now another Worry Tree Café operating in nearby Leiston, and further venues are being targeted in the Suffolk towns of Wickham Market, Woodbridge and Martlesham.

A number of Rotarians act as volunteers at the café, and Millie is also in discussions with Rotarians in Cambridge and Swansea about setting up similar ventures.

Among the volunteers in Framlingham are those who first came to the café initially seeking help and who have turned their lives around.

Millie isn’t totally through the woods just yet. She had a ‘blip’ last summer, but knows she has the support and the mental strength to battle through.

The most common reason for attending is loneliness, but the café also supports people dealing with grief, depression, and a variety of other issues.”

In being public about her story, she dismisses any thoughts of being brave, but instead is thankful that something positive has come out of her experience.

She said: “It’s amazing to see how successful this has become.

“This is all about the volunteers and the people who have got the guts to walk through the door.

“Don’t get me wrong, mental health is not something easily fixed, but I have found through secure, safe group sessions and one-to-ones, that just being given the chance to listen and talk to others who amazingly think and feel like you, has helped me on my journey.

“Now I want to offer that ear to others.”

For advice and support on mental health, visit the Mind website.

To find out more about The Worry Tree Café visit their Facebook page. 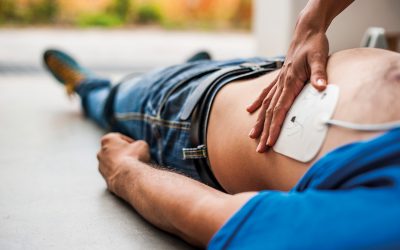 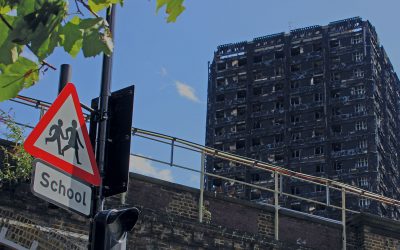