When the Gorkha earthquake ripped through Nepal in April 2015, it left a trail of devastation and death. Rotary clubs across Great Britain & Ireland have been at the heart of rebuilding this Himalayan nation.

The tiny Himalayan nation of Nepal has been described as one of the most beautiful places on earth.

A natural beauty blessed with eight of the top ten highest mountain summits in the world, while its capital Kathmandu is surrounded by a valley replete with historic sites, ancient temples, shrines and fascinating villages.

But just before midday on Saturday, April 25th, 2015, Nepal was ripped apart.

The Gorkha earthquake, registering 7.8 on the Richter scale which measures the magnitude of the tremor, struck close to Kathmandu.

Its powerful and terrifying pulsing shocks were felt across central and eastern Nepal, as well as much of the Ganges River plain in northern India. North-western Bangladesh, southern parts of Tibet and western Bhutan were also affected.

It took a fortnight for rescue teams to reach some of the remote villages in the earthquake zone.”

Two large aftershocks, with magnitudes of 6.6 and 6.7, shook the region within an hour of the main quake, and several dozen small aftershocks kept disaster teams on their toes in the days following.

The trail of death and devastation was immense to one of the poorest nations on the earth, where a quarter of the population live in poverty.

About 9,000 people were killed, many thousands more were injured, and more than 600,000 structures in Kathmandu and nearby towns were either damaged or reduced to rubble. 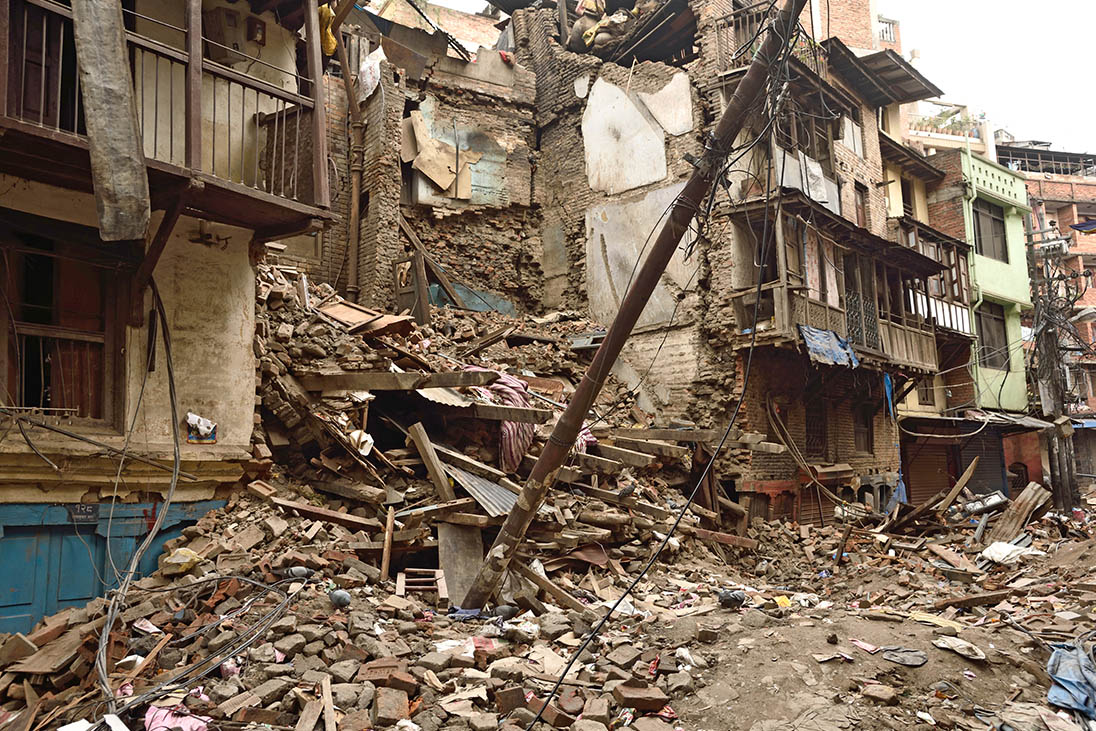 The earthquake also triggered an avalanche on Mount Everest which killed 19 climbers and stranded hundreds more.

On Tuesday, May 12th, a magnitude 7.3 aftershock centred 47 miles north-east of Kathmandu killed a further 100 people and injured nearly 1,900.

It took a fortnight for rescue teams to reach some of the remote villages in the earthquake zone when a more accurate picture of the earthquake’s indiscriminate power emerged.

The earthquake produced landslides which had devastated rural villages as well as some of the most densely populated parts of the nation’s capital.

The trail of death and devastation was immense to one of the poorest nations on the earth, where a quarter of the population live in poverty.”

Debris from the 450-year old Hindu Taleju Temple and the nine-storey Dharahara Tower, which has looked over downtown Kathmandu for two centuries, filled the streets.

According to the Government of Nepal, the cost of the earthquake was about $10 billion, nearly half the gross domestic product of $19.2 billion.

In the aftermath, the Nepalese government declared a state of emergency and deployed the Army to work with relief teams in rescue and recovery. 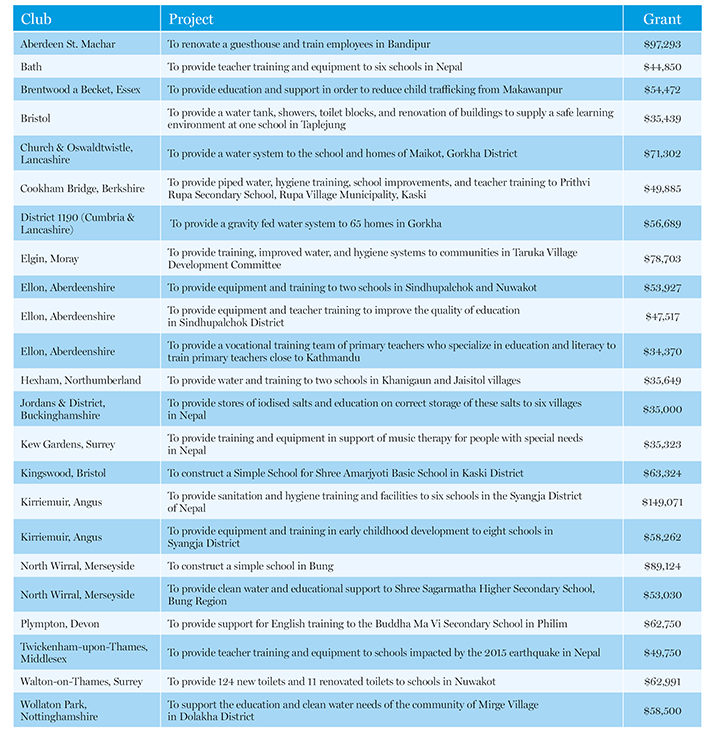 A list of Rotary Global Grants from Rotary clubs in Great Britain and Ireland which helped support the aftermath of the Nepal earthquake.

Very quickly, India, China and several other countries including the United Kingdom, sent in aid and rescue teams.

Rotary International as the world’s largest humanitarian organisation played a part in the helping with funds for the relief effort, and with clubs around the world playing practical roles by engaging with a multitude of projects.

Five years on, we reflect what has happened in Nepal, and what part Rotary has had with helping to rebuild this jewel in the Himalayas.

More on the Nepal Earthquake in this edition of Rotary magazine 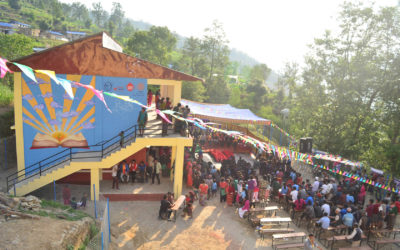 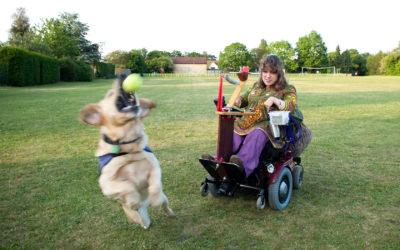