Jim Wilson is a Past President of Norwich Marchesi Rotary, and a former chairman of Norfolk Police Authority. Here, he writes about why Rotary should become active in the campaign against child sexual abuse.

The statistics are appalling. The consequences in terms of childhoods destroyed and lives scarred is shattering.

The first ever attempt, published in January 2020 by the Office for National Statistics, to produce a coordinated, accurate estimate of the number of young people affected by childhood abuse before the age of 16, suggests a fifth of the population has suffered from it.

That is 8.5 million victims of physical, emotional or sexual abuse. Of those, no fewer than 3.1 million have suffered sexual abuse or exploitation.

How can Rotary assist in combating this horrifying cancer that exists in our communities?

How can Rotary support the estimated one in seven who seek help and counselling, generally later in life, to help them cope with their trauma?

According to the Office for National Statistics, there have been 8.5 million victims of physical, emotional or sexual abuse.”

First, by raising awareness of a subject not widely discussed or understood, so victims can be pointed in the direction of trained and sensitive help.

Second, by supporting those organisations, many of them underfunded and voluntary, who have the expertise and knowledge to counsel victims seeking release from terrible childhood experiences, which if unchecked can go on to wreck every aspect of an individual’s life like nothing else.

And, third, by helping to sponsor this vital work, which can start the process of rebuilding and reviving lives damaged in childhood.

Currently, the fear of the police, experts in this area, and many members of Parliament are that the COVID-19 lockdown will have resulted in many more childhood victims.

Victims suffering silently, behind closed doors, with no-one to turn to, with schools mostly closed, and therefore even that one opportunity of safeguarding denied them. 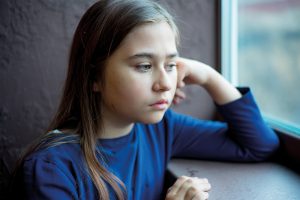 Victims suffering silently, behind closed doors, with no one to turn to

Norfolk’s Lord Lieutenant, Lady Philippa Dannatt, wrote that organisations like the Sue Lambert Trust will need every kind of support, particularly financial, in the months and years ahead.

She wrote: “They will be deluged by clients once lockdown is over.

“The effects of sexual abuse in childhood destroys any semblance of childhood and unchecked can go on to wreck every aspect of adult lives like little else.

“These are hidden crimes taking place behind bolted doors and curtained windows, every hour of every day, without respite.

“To be blunt, children are being abused physically, mentally, and sexually by the very people who should be protecting them the most. Family should be our safe haven. Sometimes, tragically, the complete opposite is true.

“Child victims are too traumatised, too ashamed and above all else, too scared to come forward. And these crimes stretch across every echelon of society.’

He commented recently: “As we ease out of lockdown, we are going to see a significant uplift in the number of reports of domestic abuse, child sexual abuse and modern slavery. 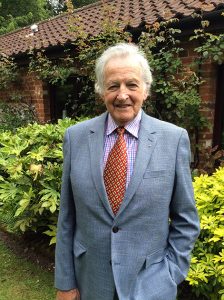 Jim Wilson is a former chairman of Norfolk Police Authority

“I think it is absolutely inevitable, and we have to be prepared to deal with it.”

“We have got to start being very honest about this. We have to start debating the consequences more in public.

“We have got to start coming to terms with the fact that there are some appalling things taking place online, and that unfortunately the internet is probably the root of most of the evils.

“We have got to start genuinely asking the question how much more are we as a society going to tolerate?’ He described it as presenting the police and the community with devastating challenges.”

Norwich Marchesi Rotary has decided it cannot stand on the sidelines.

It is determined to try in a small way to do something to meet the huge challenge, and is hoping to make this a collaborative project with the help of other clubs in Norfolk and Norwich.

With the financial support of six other Rotary clubs, plus a District Grant, Norwich Marchesi has sponsored the Sue Lambert Trust with enough cash to support their five therapy rooms for a year, where one-to-one counselling and support is delivered to victims of child abuse who seek their help.

The Norfolk Rotary clubs have also ensured that there are enough books and leaflets to assist with counselling.

In the past year, the Trust undertook over 8,800 therapy sessions given by their 60-plus trained counsellors.

The aim is to increase the support they can give to meet the increasing demand which the circumstances of lockdown inevitably will have provided.

We have got to start being very honest about this. We have to start debating the consequences more in public.”

The more money that can be raised to fund therapy facilities the more child victims which Rotary and the Trust can support.

Clive Evans CEO of the Sue Lambert Trust said that since December, when Rotary provided this sponsorship, the Trust has increased its weekly counselling sessions by 22% from 250 to 305.

The demand for victim support has increased by 68% – an indication of the escalation of child abuse under Covid lockdowns.

He said: “This is an unprecedented situation for us and, if this trend continues, we will be looking at an increase of 80% in requests for support compared with previous years.’

Norwich Marchesi Rotary hopes to continue assisting with funding in the coming Rotary year. As Rotarians we believe child abuse is a stain on civilised society that no decent community can tolerate.