True service above self

True service above self

The Rotary International ‘Service Above Self’ award is a coveted honour, which has been bestowed on three Rotarians from Great Britain & Ireland.

Three Rotarians from England have been honoured with one of Rotary’s highest awards.

Lisa Hunter from Maidenhead Bridge Rotary in Berkshire, Ray Sanderson from Wootton Bassett & District Rotary in neighbouring Wiltshire, and Dick Nathan from Northwick Park Rotary in north-west London have all been presented by Rotary ‘Service Above Self’ awards.


Just 150 of these are presented to Rotarians across the world annually.

According to the award criteria: “Nominees must be Rotarians in good standing. They must have demonstrated exemplary continuing humanitarian service, in any form and at any level.”

Lisa, who lives in Maidenhead with her husband and 10-year-old daughter is a former Rotaractor who was Founder President of her club.

She was at the forefront of Rotary’s work during the pandemic to support vulnerable families and those who were isolated. 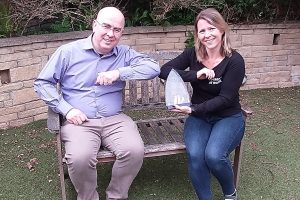 Lisa Hunter led the team and helped hundreds of families

Club colleague James Berkeley, who nominated Lisa, said: “Lisa didn’t let the pandemic stop Rotary’s efforts. She led the team in a successful project and ensured this was a Rotary in Maidenhead project, rather than purely Maidenhead Bridge.

“Hundreds of families have been helped through the project.  All this whilst experiencing the pandemic and lockdown herself, home schooling Chloe, and trying to keep a business afloat.”

Dick Nathan has been a stalwart of the Northwick Club and the Rotary in London. He initially joined Harrow Rotary in 1985 and has held many District posts, including District Governor from 2013-14 and District Secretary since 2016. 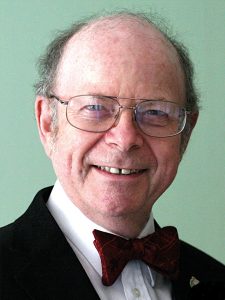 Dick steered the District’s administration through the COVID-19 pandemic

During his tenure as District Secretary, Dick has seen the replacement of a printed magazine with a weekly e-newsletter, has overseen the departure from the District’s permanent location in York Gate, London, and steered the District’s administration through the COVID-19 pandemic.

Dick said: “I was surprised and shocked to have been singled out for this amazing award.  It is one of the very few times I have been lost for words in my 35 years in Rotary.

“This comes at the end of my tenure as District Secretary, and it is now time to give an opportunity to the younger Rotarians.”

Ray Sanderson has been a Rotarian for 32 years, initially with South Cotswolds Rotary and, more recently, with Royal Wootton Bassett & District. 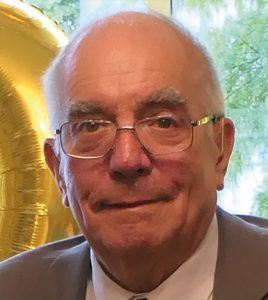 He has served as club President, Assistant Governor and member of District 1100 Executive and chaired District committees on Kid’s Out, Community Service and International Service.

Ray is co-founder of the Wiltshire Life Education Centre, and the inspiration behind the Malmesbury Community Corps, started as a response to the frequent floods from the River Avon which the Wiltshire town suffers. 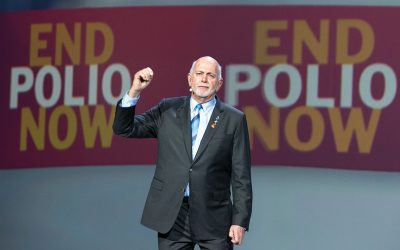