For 31 years she has been one of the main Songs of Praise presenters, she works for a number of charities and runs a cattery at the family home. Meet Pam Rhodes who talks about her passion for life and community work.

She affectionately describes herself as the ‘mad cat woman of Biggleswade’, but, for many people, Pam Rhodes is the face of the BBC’s Songs of Praise.

Incredibly, Pam has been presenting the popular Sunday evening programme
for 31 years.

“When you think about Songs of Praise, it is a programme about ordinary people,” reflected Pam.

“It is wonderful to just let people talk, because everybody has got a story to tell. It enriches you when you hear what people have been through, the strength they have found and how generous they are by sharing the lessons learned.”

Songs of Praise was first broadcast from the Tabernacle Baptist Church in Cardiff in October 1961 and is one of the longest running programmes of its kind anywhere in the world.

Pam has been part of the team for 31 years, joining in the days of Cliff Michelmore, Roger Royle and Alan Titchmarsh, and her first programme was presenting a young people’s pilgrimage from St Alban’s Abbey on Easter Monday.

“For years I never had a contract,” admitted Pam. “They just kept ringing me up, I kept doing them and I am still there. I don’t think they have found me out yet!”

The multi-cultural face of Great Britain and Ireland has changed hugely since Songs of Praise, a religious programme broadcasting Christian hymns, was first aired.

The census also recorded 25.7% of the population admitting they had no religion – 7.2% did not state their religion.

So in the face of growing multi-culturalism, how relevant is a Christian programme like Songs of Praise on prime-time television?

Pam Rhodes responded: “I have always thought that, although Songs of Praise is Christian to its heart, it is not exclusive, because if you get someone talking about bereavement, does it matter if the person watching is a Christian, from another faith or no faith at all?

“These are just ordinary people sharing what they have been through.

“Yes, we live in a multi-faith world now and I remember when Songs of Praise has broadcast from synagogues or we have had Muslim friends come along.

“There have been lots of opportunities to recognise what we share with people of faith, as well as how we interpret things slightly differently.

“The wisest thing that I have ever heard was the Chief Rabbi of England, Jonathan Sacks, saying to me some years ago how there is only one God, but he speaks many different languages.”

Pam affectionately describes Songs of Praise as “the biggest karaoke in the world” now the words to the hymns appear at the bottom of the screen.

She said it was a job she loves, meeting people talking about their varied life experiences.

She also runs a cattery from the family home in Bedfordshire which, at any
one time, can house up to 40 felines.”

To the viewer, the circumstances might be different, but usually these stories often echo their own lives.

“There are so many interviews which have touched me,” admitted Pam.

“I remember a lady in Ethiopia’s Rift Valley where the people lead a terribly rural life, telling me how all the little boys have their heads shaved with just a tuft of hair at the front so that God can pull them up to heaven when they die, because so many die young.

“As a mother, myself, that really resonated.

“I hear stories of helplessness, frustration, pain or fear.

“Different circumstances for everyone, but these are emotions which are common to us all.”

Pam’s public profile means she is heavily involved with a number of charities. She also runs a cattery from the family home in Bedfordshire which, at any one time can house up to 40 felines.

“If you want something done, you ask a busy person,” reflected Pam, with a wry smile.

That charity work includes The Leprosy Mission, and earlier this year, as Vice President, she visited a leprosy hospital in Nepal which had been badly damaged by floods and earthquakes to broadcast an appeal.

She is also Vice President of the Church Army, and is also involved with the Helen Rollason Cancer Charity, and Mercy Ships.

For 30 years, Pam has been a patron of the Methodist Homes for the Aged, where she has taken a particular interest in dementia, particularly music therapy which unlocks people in an advanced state of dementia.

“Rotary has taken a great interest in dementia sufferers, and dementia is something which most people of a certain age fear more than anything,” she said.

“The fear is there not just for yourself, but for those you love as well and how it changes those relationships at the end of a life in a way that is incredibly sad.

“I have been lucky enough to be asked to get involved with quite a lot of charities.

“I am also aware of other people’s charity work and I have come across Rotarians in so many walks of life over the years to recognise what brilliant work they do.” 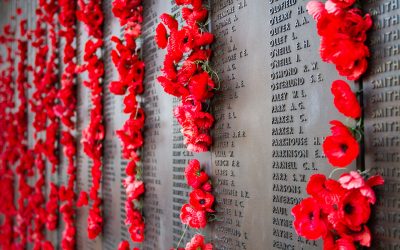