Wars are won and lost on the home front. Rotary clubs in the British Isles between 1914 and 1918 were well placed, not only to help out the community, but also those servicemen returning from the bloody battlefields of war.

Here was a rare opportunity to live up to the motto of ‘service above self’.

Having begun in Chicago in 1905, the Rotary movement had expanded internationally, initially to Canada and then landed in Europe by 1911, first in Dublin, followed by Belfast, London and Manchester.

By the outbreak of hostilities, clubs had been added in Glasgow, Edinburgh, Brighton and Hove, Liverpool and Birmingham. This geographically-spread fledgling group formed themselves into the British Association of Rotary Clubs (BARC) on May 4th, 1914.

Germany declared war on France on August 3rd, 1914. Belgium denied permission for German forces to pass through its territory to reach the French border and so was invaded by Germany.

Britain protested in accordance with a treaty, and on August 4th, the United Kingdom declared war on Germany.

The United States declared neutrality on that same date, not joining the conflict until April 1917, when German U-boats began sinking American merchant ships in the North Atlantic.

Regular reports in the BARC magazine of the time, The Rotary Wheel, catalogued the activities of the clubs as the conflict progressed.

Back home during World War One, clubs in the spirit of service were heavily involved with raising funds for the war effort

Some club projects focussed on the recruitment of young men into the services.

The average age of Rotarians in these islands at the time was around 45 and many were successful local businessmen whose occupations may have precluded them from joining up.

Nevertheless, the records show that by the end of the war in 1918, 195 Rotarians from 17 clubs in the British Isles had served in the Army, Navy or Royal Flying Corps, of whom 12 lost their lives.

Several were wounded during operations, and some spent years as prisoners of war. At least one, Sergeant Major D M Lowe, of 4th Royal Scots, and a member of Edinburgh Rotary Club, was awarded the Distinguished Conduct Medal for bravery, gallantry and ‘for distinguished conduct in the field’.

Peter Thomason (pictured above, left), the third President of BARC (1916-17) joined Manchester Rotary Club, aged 30. Peter’s work took him to Newcastle where he formed a club, and he then joined Glasgow Rotary Club.

Peter was called up for military service during his year of office, and entered the Royal Engineers as a pioneer. He served in France until, severely wounded, he returned to England. He recovered and gave over 50 years’ service to Rotary and his club, until he died in 1961 aged 80. Incidentally, Peter was not elected as president of Manchester Rotary Club until 1919.

Other heroes joined Rotary after the war. Frederick William Hedges VC, joined the Leeds club, having been a Rotarian in Birmingham, and Alfred Knight VC, from Birmingham, joined York Rotary Club in 1932. Both won Victoria Crosses. You can read their stories below.

Many children and relatives of Rotarians also served and died during the war, not just in France and Belgium, but also further afield, such as East and West Africa, Basra, Mosul and Mesopotamia.

Back home during World War One, clubs in the spirit of service were heavily involved with raising funds for the war effort, supporting refugees, casualties and organising entertainment for the troops.

During the war, the following clubs were formed in BARC: Newcastle-upon-Tyne (1915); Leeds, Aberdeen, Leicester (1916); Portsmouth, Bristol, Perth and Cardiff (1917); Nottingham, Llanelli, Derby, Southampton and Bournemouth (1918) making a total of 22 clubs throughout the British Isles.

During WWI, two men, who would go on to become Rotary members in later life, were rewarded the Victoria Cross.

Alfred (pictured above, bottom right) was born in the backstreets of Birmingham in August 1888 where he worked as a clerk in the Post Office, relocating to Nottingham in 1912. There he enlisted in the Post Office Rifles Regiment in 1914, although his unit was not stationed in France until 1917.

His first engagement was at the second battle of Bullecourt where he returned wounded soldiers to the trenches and for his bravery was given a battlefield promotion to the rank of sergeant.

Aged 29, he was awarded the Victoria Cross for his gallantry during an assault at the Battle of Ypres.

While his comrades were pinned down by enemy forces, he single-handedly stormed the German machine gun post and bayoneted the two men operating it, securing the enemy position.

A cigarette case probably saved my life from one bullet which must have passed under my armpit.”

Later that day, bogged down and up to the waist in mud, he calmly opened fire on the enemy killing six of them as they attempted a counter attack.

To finish off the day, with all of his officers dead or wounded, he led a successful attack to capture an enemy-held farmhouse.

Alfred later attained the rank of second lieutenant and back home was a celebrity both in Nottingham and Birmingham being feted with civic receptions and gifts.

On his return home to Radford in Nottingham, he told the Evening Post: “I hardly know how it happened. The miracle of it all is that one comes through as I did without a scratch.

“Bullets rattled on my steel helmet, there were several significant dents and one hole – part of a book was shot away in my pocket, a photograph case and a cigarette case probably saved my life from one bullet which must have passed under my armpit.”

Alfred Knight joined the Rotary Club of York in 1932, and left in 1941 when he went to Leeds as a Senior Wages Inspector.

On retirement he was appointed an MBE. He died aged 72 in Birmingham on December 4th, 1960, where a post box and a road ‘Alfred Knight Way’ are named after him.

With grateful assistance from Barry Campbell of Rotary York.

Freddie (pictured above, top right) was born in June 1896; he enlisted into the Queen Victoria’s Rifles in London in 1914, and was duly posted to France.

After involvement in the first Battle of Ypres, Freddie suffered frostbite and was returned to England.

He went back to France in 1916 and was wounded in his right hand by shrapnel at the Battle of Arras and once more had to return to England.

His third tour to the Western Front saw him engaged in four battles, and during the Battle of the Selle on October 24th, Lieutenant Hedges won the Victoria Cross.

He captured six machine guns and took 14 prisoners having crawled up a hill under cover of a hedge armed with only a pistol and a cane to wave his small company forward.

Ironically, Freddie was wounded yet again in his final battle in November 1918, gaining a “three and a half inch crack in the skull,” and a bullet in his right shoulder.

He was evacuated to Southampton and the war for him ended in a hospital bed.

After the war, Freddie joined the Rotary Club of Leeds, having been a Rotarian in Birmingham.

He captured six machine guns and took 14 prisoners having crawled up a hill under cover of a hedge armed with only a pistol.”

His life ultimately ended in tragedy. He had married Mollie in 1919 and they had a son who sadly drowned, aged 17, in a ferryboat accident on the Thames in 1941.

Freddie’s firm moved him and Mollie to an office in Leeds to help them to overcome the disaster, and there he continued his involvement with Rotary, classification: Insurance Services.

However, he never really fully recovered, despite his popularity as a branch manager, and he suffered from depression, possibly exacerbated by his wartime head wound. 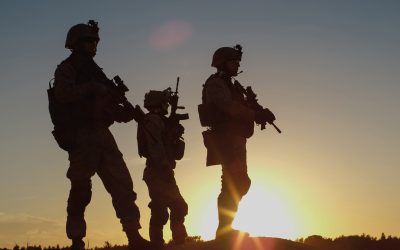 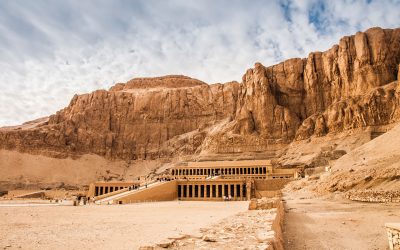