The Rotarian who created the Paralympics

The Rotarian who created the Paralympics

Dr Ludwig Guttman was a highly respected Jewish neuro surgeon living in Nazi Germany. He managed to escape his homeland shortly before the outbreak of the Second World War and he has left a legacy to disabled sport, 70 years on.

Backed onto a hospital in a town in the heart of the Buckinghamshire countryside, it looks just like any other sports centre – a running track close to the car park, with a sports hall, gym and swimming pool tucked inside.

But Stoke Mandeville has history. For it was here, 70 years ago, that a German-born Rotarian became the founding father of the modern day Paralympics.

History now pays homage to Pierre de Coubertin, the French Baron regarded as the architect of the Olympic movement.

But few will have heard of Ludwig Guttmann, an innovative neurologist who had fled to Britain from Nazi Germany in 1939, and whose journey ended at Stoke Mandeville where he established the National Spinal Injuries Centre in 1944.

This was Britain’s first specialist unit for treating spinal injuries, and it was here that the doctor, who was later knighted in 1966, revolutionised the treatment, initially with Allied soldiers returning from the Second World War.

Martin McElhatton is the Chief Executive of WheelPower, a charity based at Stoke Mandeville, which champions disabled sport. Martin was paralysed from the waist down following a bicycle accident when he was just 18.

“He was very experienced treating people with spinal injuries. What you have to remember around the Second World War is that the life expectancy of those coming to Stoke Mandeville from the war was just months. Soldiers were coming back with pressure sores and urinary infections, so it was a tough time.

“He looked around and found the best ways of treating people with spinal injuries and introduced a system of medical care, physiotherapy and occupational therapy.”

What you have to remember around the Second World War is that the life expectancy of those coming to Stoke Mandeville from the war was just months.”

Sir Ludwig also loved sport, believing it as a vital component in the rehabilitation of servicemen. Initially, he got them involved in archery and athletics, such as the javelin, but later this developed into wheelchair polo, netball and even rugby!

And it was in sport which Sir Ludwig, who became a member of Rotary Aylesbury, became renowned for. To coincide with the first post-war Olympic Games held in London in 1948, Sir Ludwig organised an archery competition on the lawns of Stoke Mandeville Hospital between patients at the spinal unit, and the Duchess of Gloucester rehabilitation home.

Fourteen men and two women took part, and that was the spark for the Paralympic movement – ‘para’, meaning the Greek word ‘beside’.

“He was a bit of a public relations guru at the time in terms of making that parallel link,” added Martin. “From the start, he said that one day he would like to have an Olympic Games for the paralysed. Now, it has become much more than that with all the different impairments.” 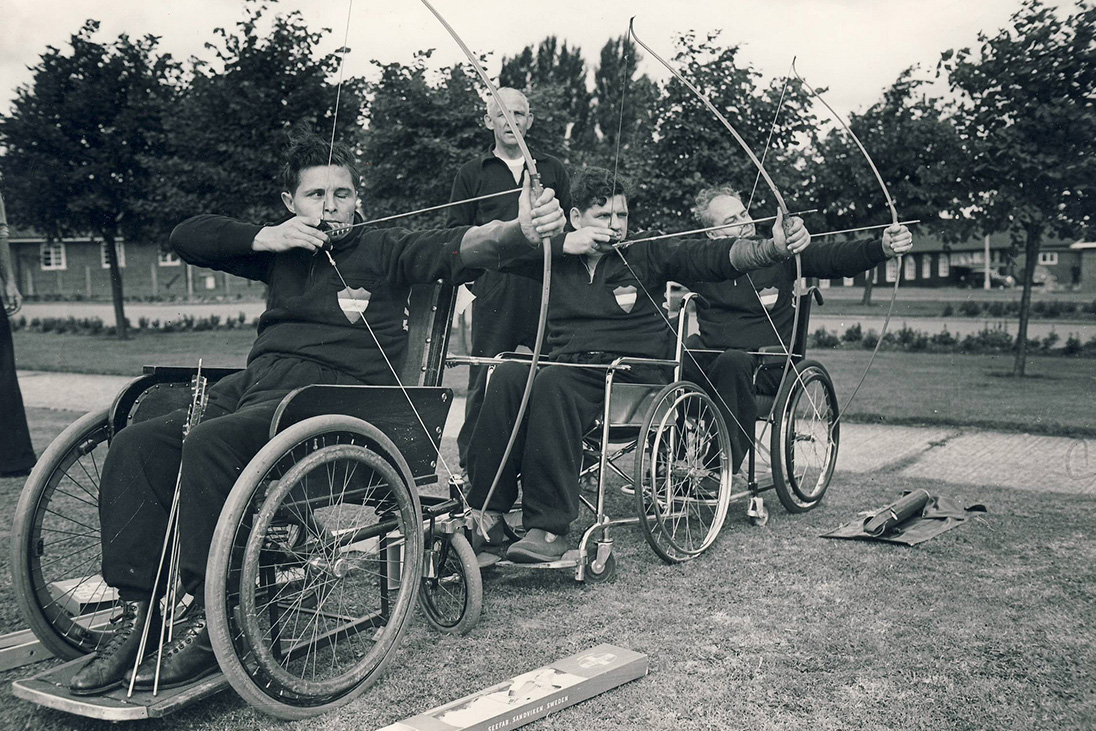 Guttmann believed that sports, such as archery, could play a key part in rehabilitation. © WheelPower Stoke Mandeville Stadium Archive

In 1952, a number of Dutch war veterans took part in the Stoke Mandeville Games which featured 130 competitors and by 1960, Sir Ludwig’s dream was realised when these Games were held alongside the official Summer Olympics in Rome.

Described at the time as the 9th Annual International Stoke Mandeville Games, and organised under the umbrella of the World Federation of Ex-Servicemen, these are now recognised as the first Paralympic Games.

In 1956, he was officially recognised by the International Olympic Committee when presented with the Sir Thomas Fearnley Cup for his ‘meritorious achievement in service to the Olympic movement through the social and human value derived from wheelchair sports’.

And in 1961, Sir Ludwig founded the British Sports Association for the Disabled.

We have a lot to thank him for because he was the catalyst to enable disabled people to play sport.”

Today, the Paralympic movement is an astonishing force for good in disabled sport. At the 2016 Paralympics in Rio de Janeiro, 4,350 athletes from more than 100 countries took part in 22 different sports.

Today, Sir Ludwig’s daughter, Eva Loeffler OBE, lives in Peterborough. She is a former Chairman and now Vice-President of WheelPower, his son Dennis is a Patron and Vice-President, and the family still regularly visit Stoke Mandeville.

Next March, a heritage centre will be opened within the stadium tracing the history of Sir Ludwig and the Paralympic movement he helped to found.

“He was an inspirational man,” added Martin. “I think he was affectionately thought of by his patients, but he was quite autocratic and he had to be quite fierce to get what he needed to treat the patients.

“We have a lot to thank him for because he was the catalyst to enable disabled people to play sport.” 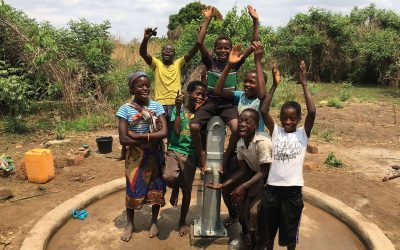 Safe water and sanitation for all 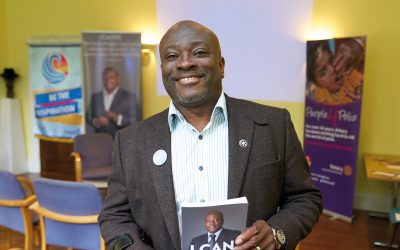