World Polio Day was celebrated in style with eye-catching publicity organised by Rotary clubs to celebrate this landmark day.

The historic battlements of the Tower of London were bathed in purple in October to mark World Polio Day.

This formed part of a global campaign by Rotary International with iconic buildings being lit up in the UK and across the world for World Polio Day.

“Many polio-related activities are using the colour purple, which has become symbolic in the fight against polio, inspired by the colour of the dye painted.”

“Rotarians are dedicated, this journey started in 1985 and to see how far we have come with only two cases of wild polio this year, let us keep pushing.

“Let us not forget that if we do not vaccinate to the last child, then we are at risk of bringing this disease back.”

Many polio-related activities are using the colour purple, which has become symbolic in the fight against polio, inspired by the colour of the dye painted on the little finger of a child to signify they have received a potentially life-saving polio vaccine.

Other structures which were lit up included the Speirs Centre chimney which glowed purple in Scotland, thanks to Alloa Rotary.

Nuneaton and Altrincham town halls could also be seen glowing in the local communities, and parts of Chester were lit up purple thanks to the efforts of the local Rotary clubs.

Some clubs marked World Polio Day by planting crocus corms. The flowers will bloom in spring turning fields, streets and pots into a purple collage as a reminder of World Polio Day.

Burford and Kingham Rotary planted 3,500 corms in the Oxfordshire town.

However, it is not only clubs that planted the crocuses. Bilston & Wolverhampton West Rotary were joined by a local school – Bilston Church of England Primary School planting 2,000 corms.

Rotary in Tonbridge, Kent, were joined by 10 volunteers, in support of the campaign.  The team planted 4,000 corms.

A small number of clubs took their own spin on the End Polio Now campaign.

Rotarians in Carnforth, Lancashire took part in a sponsored walk to raise funds for the polio campaign. The initiative was led by District 1190 (Rotary in Cumbria and Lancashire).

Carnforth Rotarians, family and friends walked 1 mile and asked each sponsor to give £1 to raise funds for End Polio Now Campaign. This was a District 1190 initiative which it is hoped will go nationally and even internationally and continue until Polio is eradicated world wide. pic.twitter.com/5t9fPYIfrO

Knighton & District Rotary in Wales set a stall up at a community market in the Powys town to educate people about polio and how Rotary helps.

We are celebrating #worldpolio day with a polio awareness stall at our local community market in #Knighton on Saturday 23rd. This a photo from a previous event. Hope it goes well for everyone @RotaryGBI @Rotary @Rotary1150 We are nearly there! pic.twitter.com/8mkzzmHdrm

Willaston & South Wirral Rotary in the north-west raised £135 for polio with their Purple4Polio cupcake sale. And sticking with a culinary theme, Canterbury Rotary in Kent launched their purple themed e-recipe book which can be downloaded online, free for everyone.

Rotary International made an appearance in Times Square, New York, with a purple banner appearing on a building in the Big Apple with the End Polio Now logo centre stage.

🤩 This #WorldPolioDay, we're making an appearance in Times Square!

Some global food companies got involved, such as Dunkin Donuts who created a purple pinkie doughnut in celebration of the campaign.

Remember to pick up your Purple Pinkie Donuts at @DunkinDonuts tomorrow in support of @EndPolioNow pic.twitter.com/MpyoGxlu2z 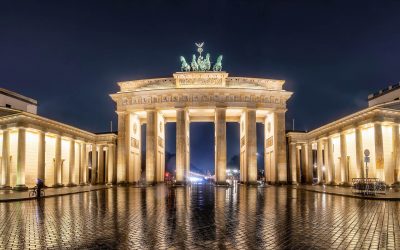 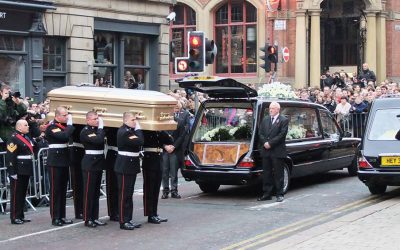