It’s time for nominations for the Rotary Young Citizen WheelPower Sports Award, which is one of the most celebrated of honours. Since winning the award last year, teenager Abbie Breakwell has been going from strength to strength.

Fifteen-year-old Paralympic hopeful Abbie Breakwell is celebrating a fabulous year of achievements, winning eight national wheelchair tennis titles, many medals and trophies and, best of all, Abbie is still absolutely loving it all.

After receiving her award at the Rotary in Great Britain & Ireland Conference last April, where Abbie was presented to HRH the Princess Royal with other winners, it was announced that she had been selected to represent Great Britain in the junior wheelchair tennis squad at the World Team Cup in the Netherlands.

This was a big achievement since the competition is the wheelchair tennis equivalent of the Davis Cup and Federation Cup.

Then, in July, Abbie was crowned British Open Wheelchair Tennis Girl Junior Champion. The British Open is the UK flagship wheelchair tennis tournament. She had ball-crewed all week for the professionals, before her own tournament started.

Abbie was so thrilled to win the Rotary Young Citizen Sports Award. She said: “I was shocked to receive the award but was so proud and honoured to be nominated and then to win.

“It was such a wonderful experience going to the BBC studios and speaking to presenter Simon McCoy about wheelchair tennis, it was definitely a huge highlight of the year and something I will remember for life.”

She became Leeds National Tennis Series adult and junior doubles champion, meaning she won in all categories, which was outstanding for her first adult national tournament.”

In 2018, Abbie was selected for the Junior Futures Programme, an elite training programme which aims to help junior wheelchair tennis players to progress to the first level of the Tennis Foundation world class performance programme.

Abbie is also celebrating a second year as President of her Interact Club of Long Eaton in Nottinghamshire, where she has been a member for four years.

She said: “As part of my award I was granted £500, I decided to split the cheque and gave £250 to the Dan Maskell Tennis Trust, who are a charity who helped me pay for individual coaching sessions.

“The other £250 I have put towards a project I am organising as one of my pledges as a Rotary Interact President for Long Eaton.

“The children will be able to understand that, no matter your disability, sport can be fun and adapted.”

Abbie sees sport as a way to channel her energy and frequently encourages others to join in, knowing the positive benefits. Long Eaton Rotary Club spotted her exceptional activities and put her forward for the award.

She became Leeds National Tennis Series adult and junior doubles champion, meaning she won in all categories, which was outstanding for her first adult national tournament.

This made Abbie the only girl to win medals in both singles and doubles for the last three consecutive years at the National School Games for wheelchair tennis.

Abbie’s summer of success was rounded off nicely in Grantham, Lincolnshire, once again in the national series, where she became the Grantham National Tennis Series junior doubles champion.

She has also won a local sports award for sporting achievements and for being the local ‘This Girl Can’ ambassador.

All this and she has only been playing wheelchair tennis for two and a half years.

Her dream is to represent Team GB at the Paralympics and to play at Wimbledon. Knowing Abbie’s determination and her love of the sport, that dream will no doubt become a wonderful reality. 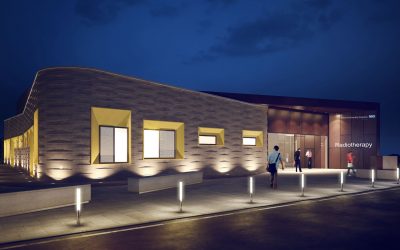 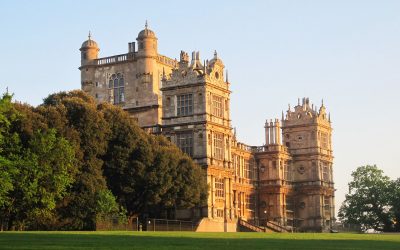