The Ebola virus disease is a serious viral infection which originated in sub-Saharan Africa. The 2014-2016 outbreak in West Africa was the largest and most complex outbreak since the virus was first discovered in 1976. Rotarian Brian Jonson tells the story of how he became involved in trying to make a difference in Liberia.

August 2014, and a Rotary meeting in Marlow, Buckinghamshire. The words “We must do something about Ebola” started an unprecedented chain of events for me and my club.

No-one could have guessed that, five years later, virtually to the day, I would be in Liberia witnessing the culmination of an incredible campaign of aid and education, with the graduation of 19 medical graduate students and the opening of the first major medical oxygen plant in Liberia’s capital, Monrovia.

Liberia is one of the poorest countries in the world.

Even today, there is no running water in central Monrovia. Water is brought in by lorries, and pumped into major buildings or sold on the street in plastic bags for those less fortunate.

When the worst recorded Ebola epidemic hit West Africa in late 2013, Liberia was not equipped to cope even with what seemed like yet another outbreak.

Ebola has been around since 1976 and this outbreak seemed no different, but in July 2014, it exploded in an unprecedented way.

In August 2014, Ebola hit the UK headlines and was the number one story. In abject desperation, Monrovia Rotary appealed on Facebook to the world for help. 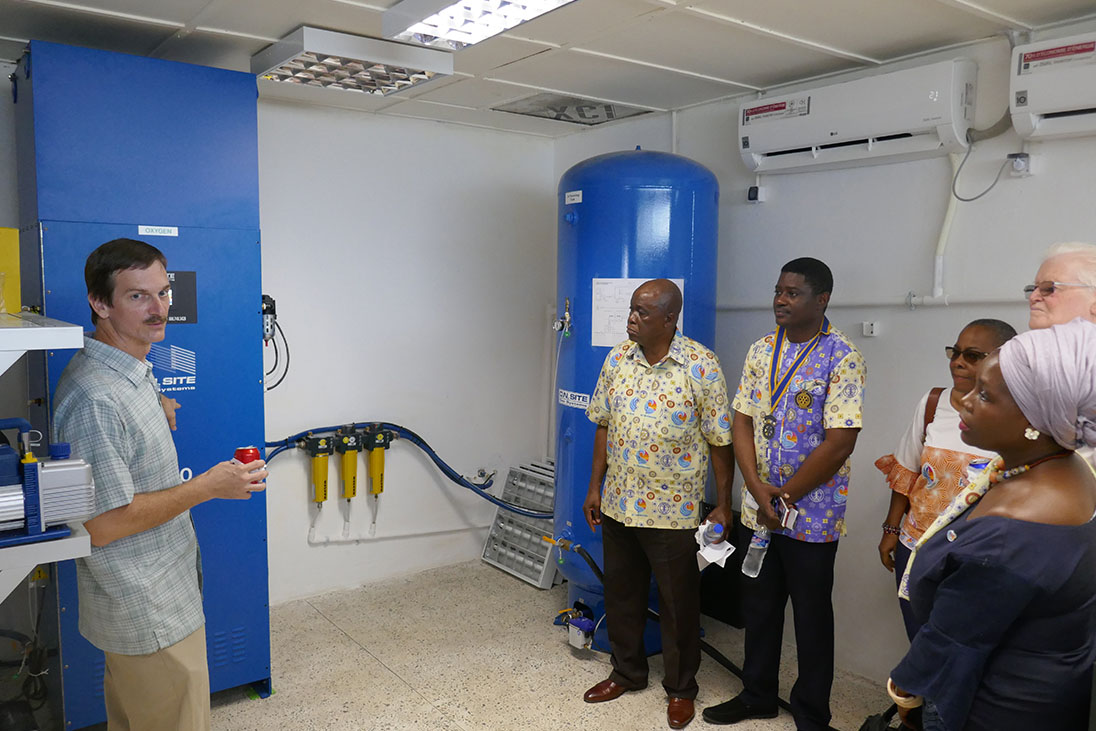 Inside the new medical oxygen plant at ELWA Hospital in Liberia

They were desperately working hands-on to fight this horrendous epidemic, and needed funds NOW.

Marlow Rotary was able to respond, and started an appeal for funds – initially at district level. Amazingly, this became a co-ordinated appeal for the whole of Rotary in Great Britain & Ireland, eventually raising well over £100,000.

Initially the need was for supplies, rubber gloves, mattresses and food for quarantined people, along with hand-wash buckets with chlorine, and much more. With the arrival of the big Non-Governmental Organisations, the Rotary club could turn its attention to education.

I am proud to be associated with a club that can, and will continue to do, so much good in the world”.

Because of this campaign, I believe Rotary was able to drastically shorten this horrendous epidemic by many months; statistics from the World Health Organization would seem to support this.

The epidemic decimated the health sector with hundreds of deaths of front line medical staff.

Recognising this, the club started the Ebola Legacy Campaign, appealing for a Rotary Global Grant of nearly $100,000 for graduate students.

The important thing was to ensure that once graduated, the newly-qualified nurses and technicians remained in Liberia to help rebuild the system.

Monrovia Rotary worked very hard with the Mother Patern College of Health Sciences to ensure that the most suitable students were selected.

Rotary agreed to support them as much as possible during their training. In 2016, the first students were enrolled on two, three and four-year courses. Eventually 35 students should graduate.

During the epidemic in 2015, the son of one of the Monrovia Rotarians died. Not from Ebola, but from a respiratory condition. Had oxygen been available, he should have survived.

the club started the Ebola Legacy Campaign, appealing for a Rotary Global Grant of nearly $100,000 for graduate students”.

This spurred the club to start an even more ambitious project of building a medical oxygen plant. Even when oxygen is available, and frequently it is not, hospitals are forced to use impure industrial oxygen, sometimes with disastrous consequences, particularly amongst the young and elderly.

A Rotary Global Grant worth nearly $200,000 was eventually applied for, but the project was not without issues.

The chosen supplier of the oxygen concentrator and associated plant went into bankruptcy, and the first hospital chosen to host the plant proved unsuitable.

Feasibility studies were carried out on four suppliers and four hospitals, before the perfect fit was found with the ELWA Hospital.

On August 28th, 2019, I arrived in Liberia at Monrovia’s new modern airport where I was met by my good friend, Rotarian David Frankfort.

David and I first met in 2014. David was the Ebola co-ordinator for Monrovia Rotary and was on a flying visit to the UK. We launched an appeal to District 1090 on September 1st, 2014 in Marlow. 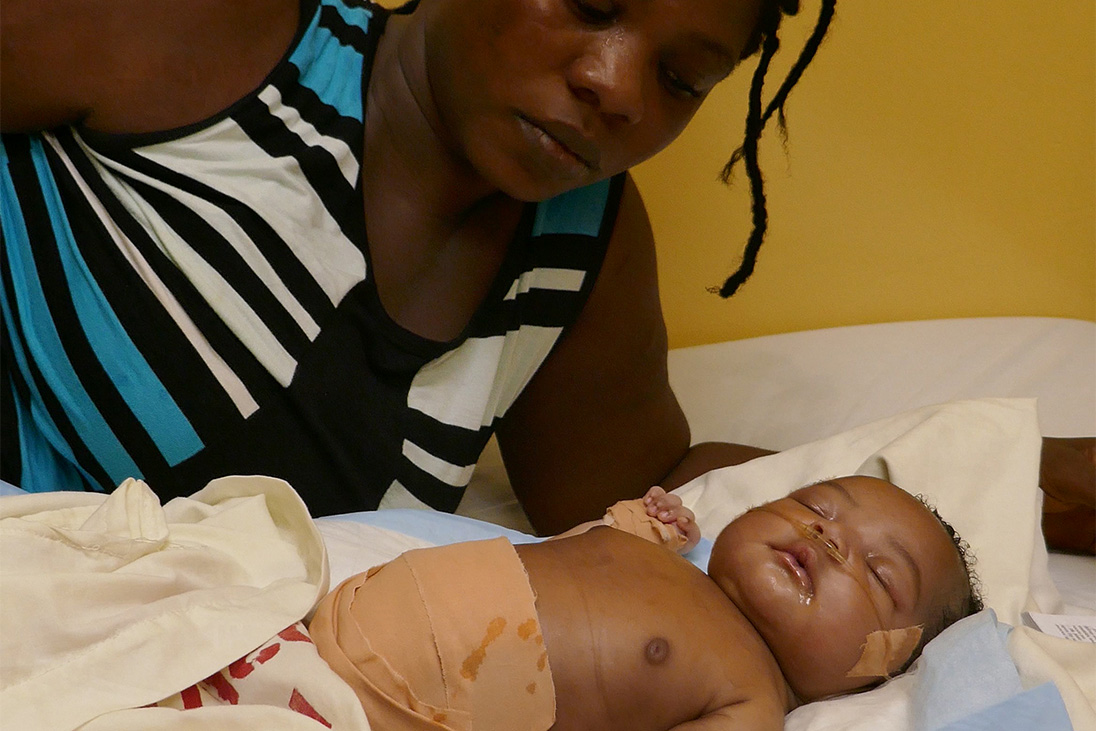 Thanks to Rotary, help is at hand to care for the most vulnerable victims of Ebola

The airport is a considerable way from the city and it was rainy season. As we got closer to Monrovia, I was very aware of a great deal of the street side activity.

There were lots of people and market stalls, often illuminated only by the headlights of passing cars. Like so much of Africa, the roads can be bad. This is not helped by the six-month long rainy season, and some of the potholes were the size of small lakes!

The following day, it was lunch with Past President and current Foundation Chair, Victoria Cooper-Enchia, who started the Ebola campaign at the beginning of her presidency in 2014.

Monrovia Rotary was determined to make my visit unforgettable, a programme crammed full of meetings and receptions.

During my hectic stay, we met with the graduate students, the Rotaractors, attended two receptions, and had a meeting with the British Ambassador.

The British Embassy is very small, contained in a block of embassies overlooking the sea.

Ambassador David Belgrove knows Monrovia Rotary well and has been very supportive in the past. We discussed the two current projects, as well as the possibility of training more students and the need for funding.

We agreed to keep in contact as I sought to fund a new project for more graduate students.

The ELWA Hospital is set a little outside of central Monrovia. 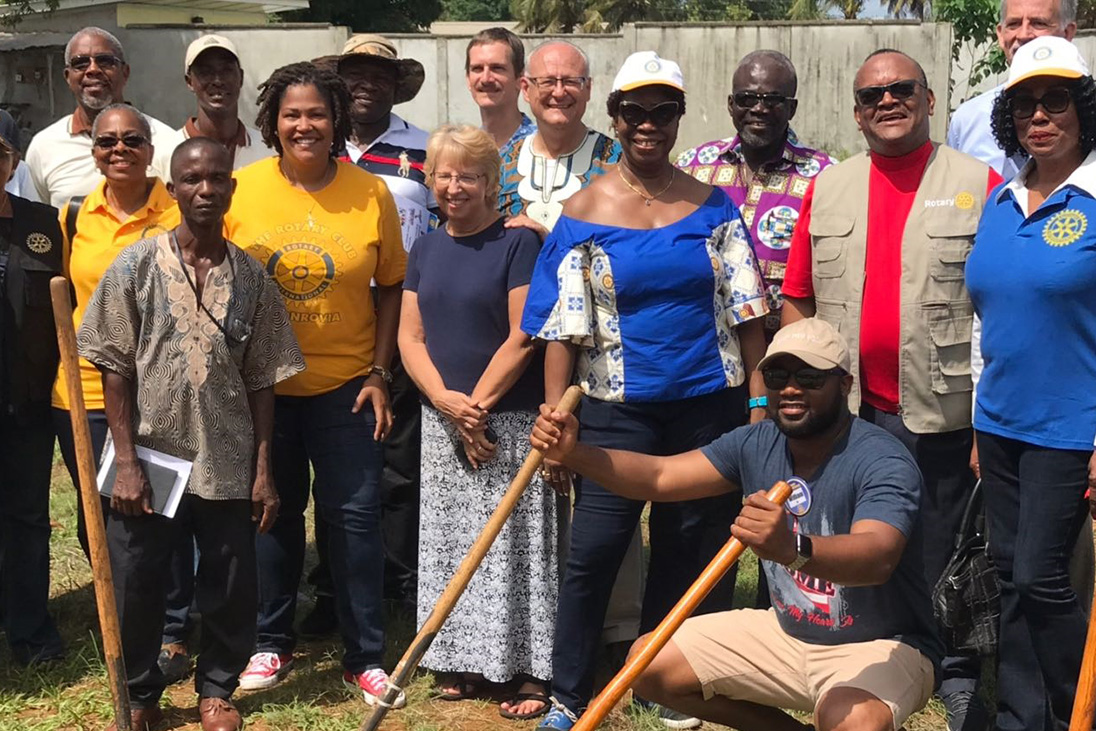 Monrovia Rotarians were crucial to the project

In the centre of the hospital complex is a haven of green space and tranquillity.

It is one of Monrovia’s major hospitals, run by a Christian mission which operates in over 70 countries.

ELWA approached Rotary and Monrovia Rotary was able to build them a new oxygen plant. They are worthy recipients and this will offer long-term sustainability. ELWA is now looking to extend the facility with the money saved by not having to buy oxygen.

The dedication of the plant started in the chapel with thanks from ELWA Chief Executive Officer, Jason Troxtell, and the Chief Medical Officer of Liberia Dr Francis Katech, who affirmed how the plant would save many lives.

Victoria Cooper-Enchia made a moving speech about the Rotary journey, bringing everything into context.

After the dedication, the British Ambassador helped with the ribbon cutting and the plant was officially opened.

For the first few months of operation, the plant has only been supplying ELWA, but now it is planned to offer up to 100 cylinders a month to other hospitals.

A visit to the Museum of Monrovia put the reality to the much talked about civil war in Liberia from 1997 to 2014, but it also confirmed my feelings about the sincerity of the Rotarians working to rebuild Liberia.

Do they have to stay? For many of them the answer is no. They have homes elsewhere, but they stay because this is their home, the country they love which they want to see prosper.

During my visit, I had lunch with the Rotary Club of Monrovia and was asked to be their speaker. There was nothing strange or remote, I was amongst friends, I was coming home.

I am proud to be associated with a club that can, and will continue to do, so much good in the world.

• The 2014 Ebola outbreak in West Africa was the “largest, most severe and most complex Ebola epidemic in history”, according to the World Health Organisation.

• Ebola was first identified in 1976 near the Ebola River in the Democratic Republic of Congo, then known as Zaire, and in what is now South Sudan.

• The Ebola virus is one of the world’s most virulent diseases, with a fatality rate of up to 90%. It damages the body’s immune system and organs. 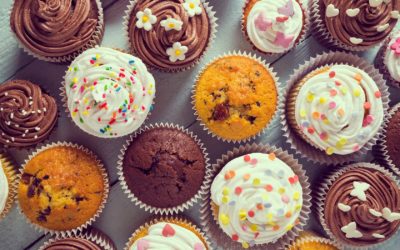 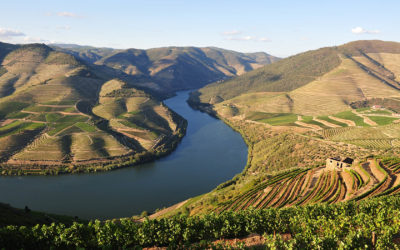 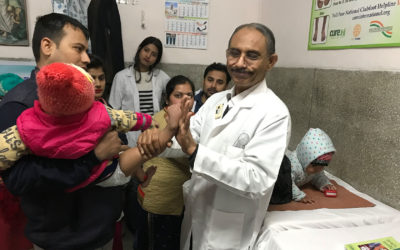