She won gold at the Commonwealth Games, is one of England’s brightest netball talents, juggles her sport with life as a trainee solicitor – and is also a Rotary member. Meet the enigmatic Eboni Beckford-Chambers. 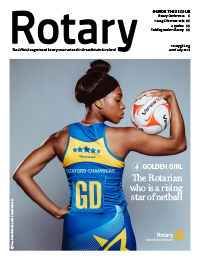 With a lightning smile and easy-going manner, the charismatic and articulate netball star, Eboni Beckford-Chambers, has been in big demand this summer.

Ever since the England Roses pulled off two astonishing last-ditch wins over Jamaica and then defeated arch-rivals Australia in the final by a solitary goal to win gold at the Commonwealth Games, Eboni and her team-mates have fast become the darlings of British sport.

“It has been fantastic to see how much buzz there has been about netball, and how people got behind the England Roses at the Commonwealth Games,” reflected Eboni.

“It has been intense. So many people have been interested to find out about the journey, and the experience, and to share it with us.”

Eboni didn’t get to bed until 6am after celebrating the netball gold with team-mates, their friends and families. She even slept with her medal that first night!

Gold on the Australian Gold Coast this April, made up for missing out on a medal at the last Commonwealths in Glasgow four years ago, and followed a bronze won at Delhi in 2010.

Since starring in the nail-biting final Down Under, Eboni has been on a whirlwind tour, meeting the Earl of Wessex, appearing on Good Morning Britain and on BBC Radio 5 Live, as well as fitting in a host of media interviews.

Following Great Britain’s Olympic gold in the hockey in Rio, women’s sport is in good shape in the UK. England’s cricketers won the World Cup last summer, the rugby team reached the World Cup final, and the footballers are ranked number two globally.

We hope this achievement will see more investment into women’s sports.”

“I have been touring the country to mark an historic achievement and with the result it has been wonderful that netball has received recognition to put the sport on the map,” added Eboni, who has been playing the sport since the age of seven, receiving her first England call up aged 15.

“Our hope is not only to inspire young girls, women, and even men to play netball, but that it will have a lasting impact across the country.

“Women’s sport is getting more recognition. In netball, we’re performing at our best on the world stage and we do this on considerably less funding than other sports.

“We hope this achievement will see more investment into women’s sports and netball, in particular.”

Unlike many of her England team-mates, who are contracted full-time and train at Loughborough University, Eboni is training as a solicitor with Mogers Drewett LLP based in Bath. She specialises in dispute resolution and will qualify in January.

She gets up at 6am for a training session at the University of Bath, is in work for a full day from 8.30am, and is then back at the university in the evening for bouts of physiotherapy, strength and conditioning, as well as technical sessions.

It means a punishing daily routine of training, playing and travelling for the 30-year-old, whose sporting sights are now set on the World Cup in Liverpool in a year’s time.

“It has been absolutely fantastic to find an employer who, not only supports my legal ambitions, but who has a full understanding of what my sporting prowess is and aims to support my ambitions,” added Eboni, who plays for Team Bath in the Vitality Netball Superleague.

Incredibly, despite the intense training and holding down a full-time job, Eboni this year became a Rotarian. Both of her parents are Rotarians – her mother, Pauline, in the Cayman Islands, and her father, Basil, in Birmingham.

My parents have been Rotarians for a number of years so I have seen how much they have enjoyed being part of Rotary.”

She explained how, through the influence of her parents, Rotary has been a part of her life for some time. Now a member of the Rotary Club of Bath, she was involved in their Christmas street collection last December.

“How do I find the time? That’s a question I ask myself every single day,” added Eboni. “I think that it is easy to make excuses, you have to prioritise what is important.

“What is helpful is that the Bath club meets at lunchtime, which has worked out well.

“I have had such a warm welcome there. I am the only woman member and youngest, but they have embraced both me and the diversity.

“During the Commonwealth Games, I had a flurry of emails from the club congratulating me, saying how impressed they were and explaining they were getting up at 4am to watch the games on TV.

“They have been very welcoming and embracing all that I bring to Rotary.

“My parents have been Rotarians for a number of years so I have seen how much they have enjoyed being part of Rotary.

“There is an opportunity to network, but also it is also about making a difference, and giving back, which is very important.

“I think in terms of the charitable nature of Rotary, this is something which I feel I am able to contribute.” 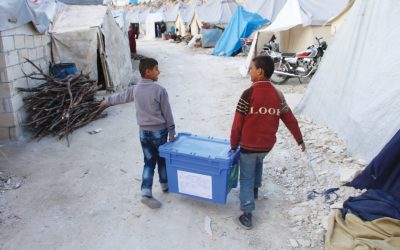 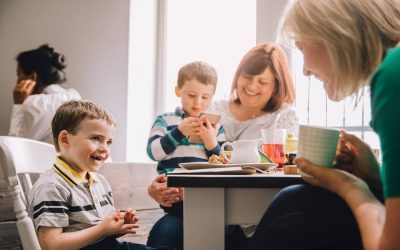 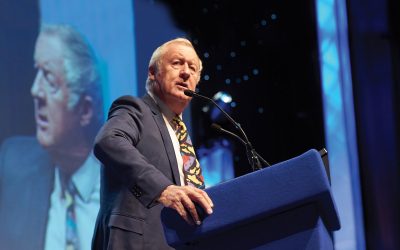