Don’t we just love those acronyms, that tasty alphabet soup which we dip our spoon into on any fitting occasion?

Just now I’ve had to unscramble an email which said: “I will have an email

going out to the DEPNCs next week” – translation, District End Polio Now Champions.

Then recently, while delivering media training to DRFCs from TRF at RIBI HQ in Alcester, the air was so thick with acronyms that I was choking and wondering if there was a translation service.

It was explained how the session was being overseen by ASRFCs, and how many

in the room were PPs, PDGs and even current AGs, with a few who have been honoured with PHFs! Comprendez?!

So why do we do it? Is it natural habit, sheer laziness, an opportunity to engender futile superiority or a slick shortcut to communication? If it’s the latter, then you’ve got it totally wrong.

There is no better way to disengage someone than talking in gobbledygook, in terms which you need a degree in Applied Klingon to understand.

Isn’t it obvious that when people get rapidly lost in a dense foliage of terms which they don’t understand, they withdraw their attention?

And surely, at a time when Rotary is trying to open its doors to an even wider constituency than ever before, is this really the right time to be talking jargon?

Give an example of what Rotary does in its communities, and around the world.”

If messages are meant to travel beyond the clubs, then it is vital we use words which sound as if they are being spoken by a living, feeling human, rather than by a robot.

At this gathering of Foundation officers, the theme of my presentation was telling Rotary’s story. I asked delegates “what is your elevator pitch?”.

In other words, if you had to convey to someone who was blissfully unaware of what Rotary is all about, how would you achieve that in just 20 or 30 seconds?

Try it, and it’s not easy. We need to be thinking carefully about the key words and phrases we should to be conveying to that audience.

This is the Rotary International pitch on their website: Rotary is a global network of 1.2 million neighbours, friends, leaders, and problem-solvers who see a world where people unite and take action to create lasting change – across the globe, in our communities, and in ourselves.

It’s a bit glib, in my opinion. Please don’t come out with twee phrases straight from a marketing phrase book for your elevator pitch. Be direct in explaining what Rotary is about.

Give an example of what Rotary does in its communities, and around the world.

Polio is always the banker! And then your audience will want to find out more.

Don’t drift into the murky bowl of acronym soup. You might think you’re in vogue, but to the bemused soul sitting opposite, they will be thinking “how can I ditch this idiot and get to the bar?”.

To quote the revered songstress Shania Twain: “that don’t impress me much”.

If an acronym is explained at the start of a conversation or email, and then repeated, fine. But acronyms are a clear barrier to understanding.

They are disempowering and dehumanising. Of course the tiresome Luddites will wearily drone: “It’s always been that way, so why change?”

But, to be blunt, that ridiculous old boys’ club complacency lies at the root of why Rotary is having to play catch-up by modernising itself after years of treading water in that lukewarm, tasteless soup.

IMHO, acronyms in RI and RIBI are OTT, which are being used ATT, and should be banned ASAP. TTFN, LOL!!

Side note: I am hosting a webinar on Thursday, June 20th at 7pm entitled ‘Telling Rotary’s Story’. This will give practical steps how to publicise your club using your website and social media. To register, click here. 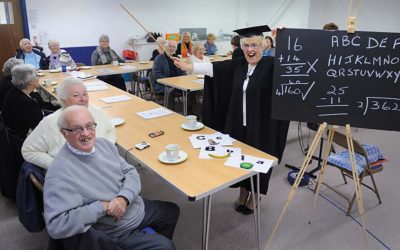 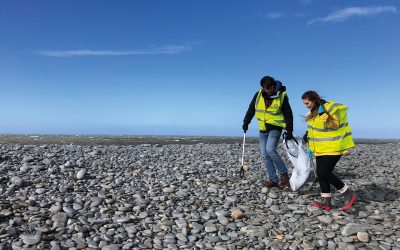