When I joined Rotary in 2000, I did not really understand what it was all about, but I soon cottoned on the to the phrase ‘service above self ’ which began to resonate with me in a big way.

The more I did, the greater sense of self-worth I got.

I led a Group Study Exchange team to India in 2010, which was life-changing.

I really got a sense of Rotary as an international organisation. This followed a trip to Belarus to see what the charity Hope and Homes for Children were doing to help those in orphanages move into family homes. This was very inspirational.

These trips made me realise just how important it is to give your time, as well as money.

It was following my return from India that we started to develop Hour Community. Launched in 2011, by Framlingham Rotary Club, as a community project, the idea was to help the less able with jobs around their houses and gardens.

This has now developed into a need-led community project providing community transport for those in need of transport to and from medical appointments such as doctors, dentist and hospitals.

We also provide outings from the local care home, as well as for our dementia and mental health clubs.

When I received a cheque through the post for £44,000 to buy a new minibus, I danced around the sitting room!”

The Forget Me Not Club, which is dementia-friendly, attracts at least 30 people each month, and our two Worry Tree cafés support between 30 and 50 people a week. We also offer a befriending service, a ‘Help in the Home’ service doing DIY, shopping and ironing etc., and we have two trishaws that we use to take residents of the local care home out for half hour cycle rides in the countryside. This has a major impact on their well-being.

The project has attracted in excess of 40 volunteers, has the support both financially and physically of local businesses and has helped many hundreds of people.

There have been so many highlights over the last 8 years and nothing prepares you for when someone says “Thank you, you have made such a difference to my life, I don’t know what we would do without you.”

However, when I received a cheque through the post for £44,000 to buy a new minibus, I danced around the sitting room!

The feeling that someone can see the benefit of what you are doing is a very special feeling.

I am asked what motivates me, quite a lot, and I have a fairly standard answer “Try volunteering and you will find out”.

Volunteering offers vital help to people in need, worthwhile causes, and the community, but the benefits can be even greater for the volunteer.

Being a need-led organisation, I hope the project will continue to grow to address the ever-changing needs of the people in our community.

And, at the same time, if a service is no longer needed we can drop it.

This happened with the smoke detector element of the project, due to our tie-up with Suffolk Fire and Rescue Service.

Now, we act as a referral service. None of this would have been possible without my long-suffering wife, supporting me in the way she does – by working! 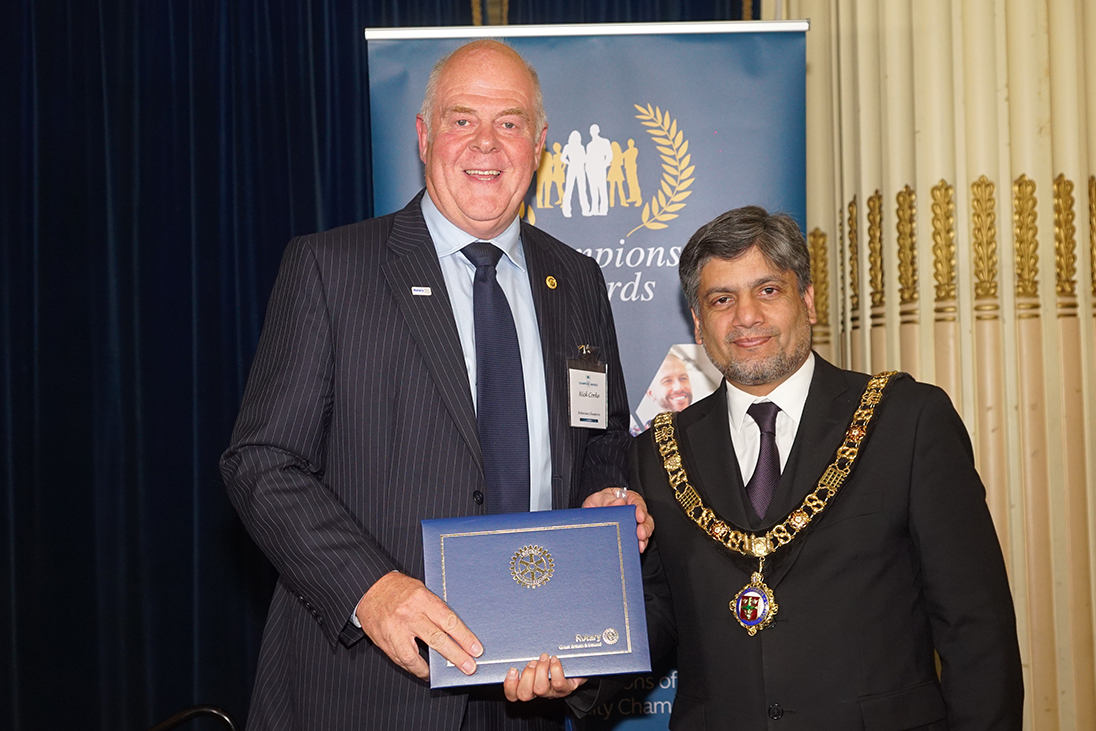 Nick Corke has been the leader of the Hour Community project, launched in 2011 by Framlingham Rotary. Hour Community is a need-led project providing vital services to support the elderly and isolated and those suffering from mental health issues in the community.

Sierra Leone is a small West African country struggling to recover from a long and brutal civil war, the Ebola crisis and most recently a horrific mudslide.

Very few people have enough food to eat and clean water is a luxury.

Hungry children attend crumbling schools with very few books and usually no water or sanitation. A lack of clean water and adequate nutrition causes the deaths of many children every year.

When I visited Sierra Leone for the first time 10 years ago, I knew right away I would be spending many years of my life trying to help them.

Wherever I went, I was impressed that there were so many wonderful teachers struggling to manage without even the most basic resources yet dedicated to rebuilding their schools and communities.

Many were civil war survivors who were driven out of their homes and schools by rebels yielding machetes or watched while the buildings were set ablaze.

However, as soon as it was safe they came back to rebuild even though they had nothing and no one to help.

Their determination inspires me to keep on building schools, sending books, building boreholes or starting farms.

Whatever problems we come across, we work together taking the same grassroots and holistic approach.

When I visited Sierra Leone for the first time 10 years ago, I knew right away I would be spending many years of my life trying to help them.”

First, we listen to the local people to understand their needs and what they want to do. Then we plan the work, while I look for funding. Finally, we mobilise the whole community to get involved to do a lot of the work for themselves.

If they don’t have the skills needed, we train them or bring in skilled labour.

On a recent visit, I was taken to a small primary school in the village of Rogbere which was in a state of near collapse.

There were over 200 children, many of whom were severely physically and mentally disabled. The roof had blown off most of the school in a storm, and the classrooms had no desks or chairs and no books.

There was no water or functional toilets, and not even a ramp for the wheelchairs.

As with everything we do, rebuilding Rogbere Primary school was a community effort. Parents made concrete blocks while young men dug the pit for the disabled toilets.

Even the primary school children lent a hand fetching and carrying.

Some jobs required skills, however, so our local engineer supervised the building of the borehole which now brings clean, safe water to the school. So far we have built 11 such boreholes often in areas where children were dying from typhoid and other waterborne diseases.

Since 2008 we have also sent at least three-quarters of a million books to Sierra Leone and lots of furniture recycled from schools in the UK.

We have given books to a least 180 schools over the years. In some communities, the children are too hungry and malnourished to learn so we help them farm rice and groundnuts or rear goats.

Our larger scale farming projects have already taken many villages out of food poverty. By taking this holistic approach, we have helped many communities over the past 10 years recover from tragedy and look forward to a better future.

With Rotary’s backing, I believe we could continue to help tens of thousands of more children for many years to come. 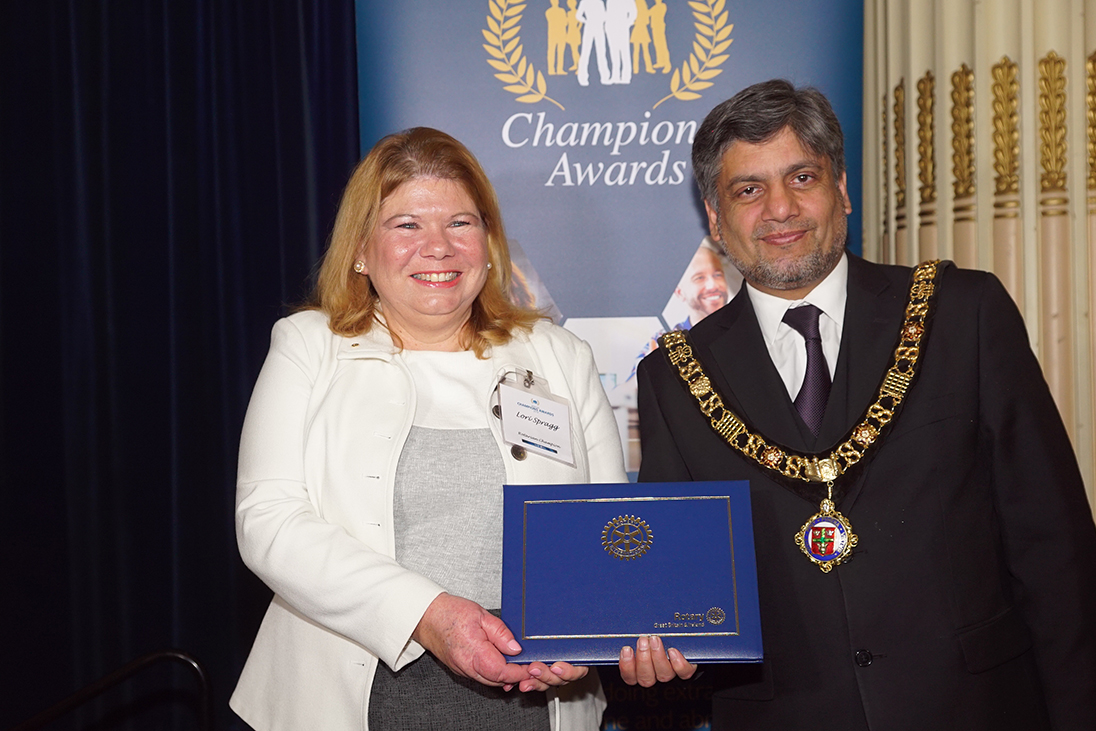 Lori Spragg from Marlow Bridge Rotary in Buckinghamshire and her charity Build on Books have helped to rebuild the foundations for education in Sierra Leone by collecting and providing in excess of 60,000 books, furniture, clean water, sanitation, food security and much more. 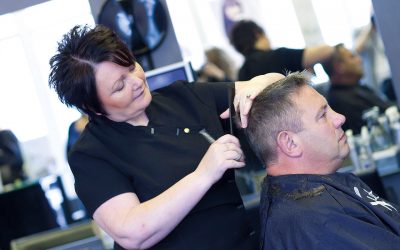 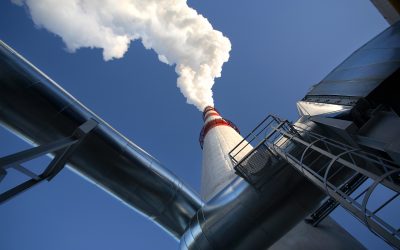