Rochford Rotary Club hosts an annual charity golf day every and this year’s event was hosted on the 8th of September.

The event raised £5,000 for local good causes such as Essex and Herts Air Ambulance and Havens Hospice.

Despite the difficult circumstances affecting businesses all over the nation, Rochford Club has received an incredible response from sponsors and would like to thank them for their support.

Results were close between both the team and individual events. However, the team with the top score was “Hockley Hornets” and the individual winner was a member of the Hockley team- Bob Semaine- with an impressive 42 points.

Brian Hunt, the Rochford Clubs President, has said: “It was a great occasion for everyone.”

“The staff at Rochford Hundred Golf Club did us proud.” 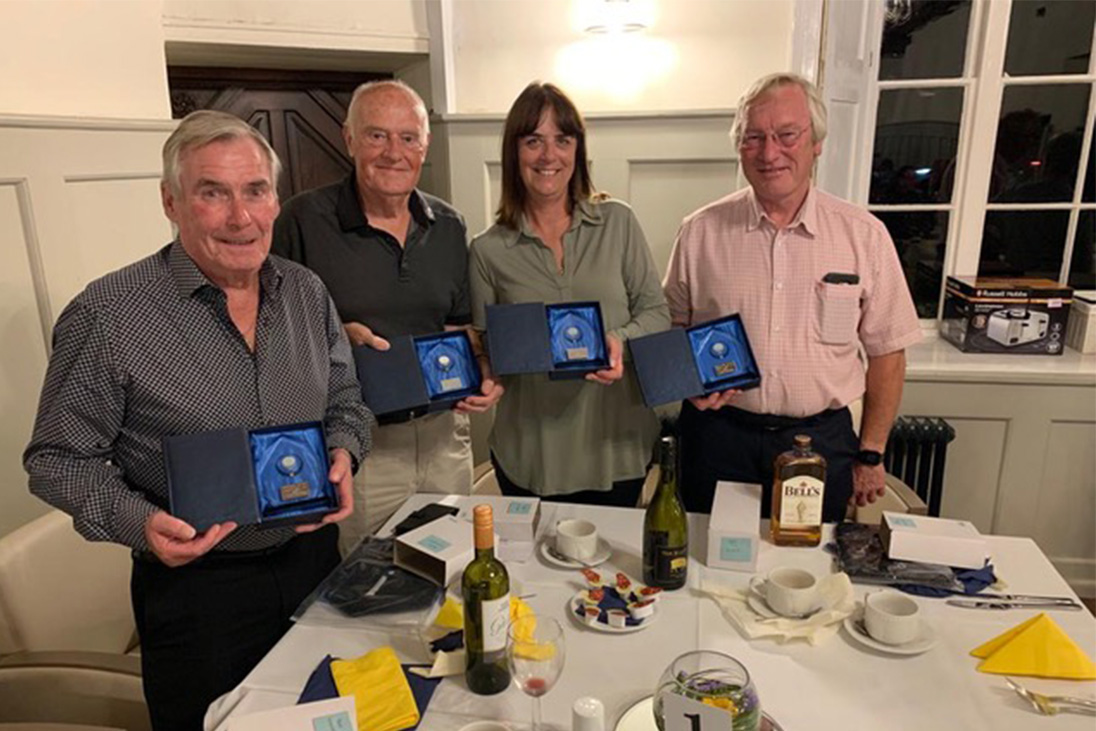 From one sport-focused club to another – on the 5th September Folkestone Channel Rotary Club hosted their local triathlon.

200 athletes of all levels and ages took the water and roads of Folkestone once again under the leadership of the organiser Joe Sullivan.

The event boasted visitors from across the sea including some from Australia and Poland. The Club even had one of the best-known fitness gurus in the UK Matt Morsia open the event. 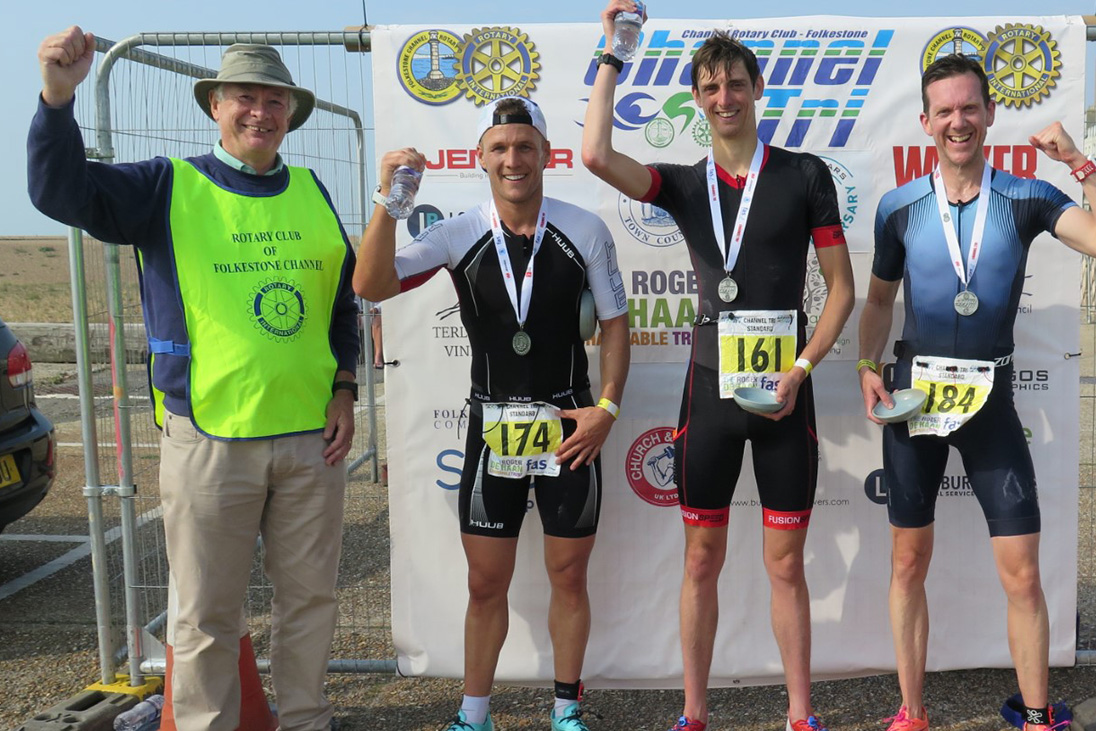 Overall, the event had 200 participants swim, cycle and run the challenging route and each finisher was presented with a medal as a thank you for their participation.

The Channel Rotary President Gary Calver and organiser Joe Sullivan have said: “This has been another excellent event.”

“it’s a little early to know how much we’ve raised but we expect a sizeable amount for a range of local charities including South Kent MIND and Shepway Youth Trust.”

The Rotary Automobile Fellowship (RRAF) have also been very busy hosting, once again the Grand Tour of Yorkshire.

After an enforced lockdown and the tour not going ahead, RRAF is finally back on the road.

The Grand Yorkshire Tour was based at Wetherby and was wholly organised by local Rotarian Mark Stewart-Clarke, who was assisted by his wife Jo. 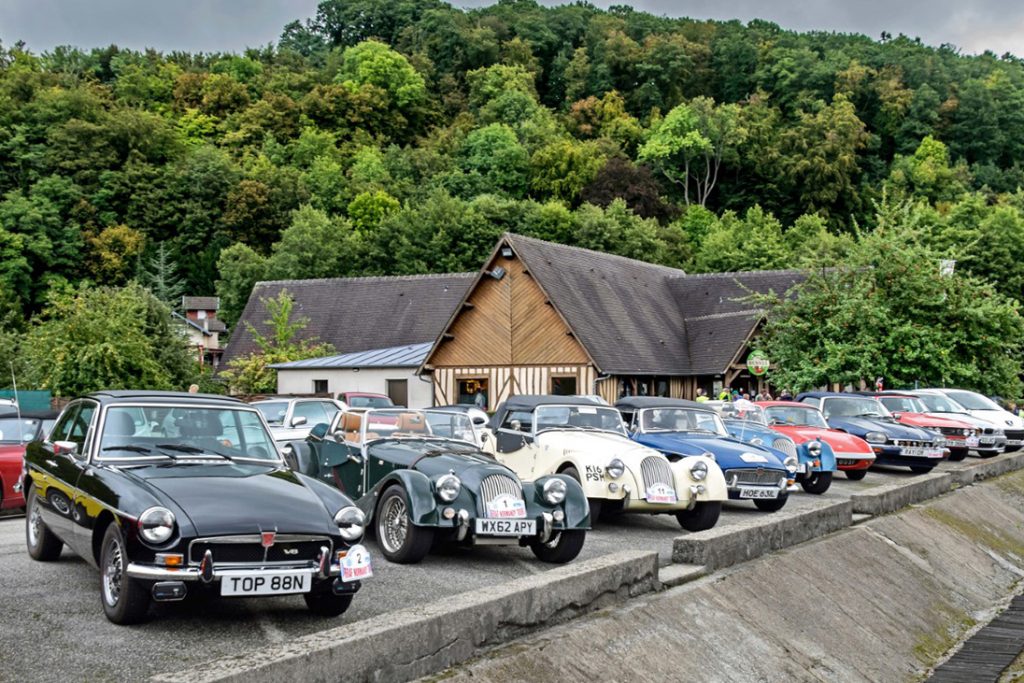 The two day, three-night event took visits on its way to Eden Camp, Bolton Castle and Fountains abbey which meant some impressive scenery.

Although the event did not go ahead last year the Fellowship has not been inactive during the lockdown.

The members have been posting photos of their classic cars on the club’s webpage whilst raising funds for Aquabox.

On the same day, 5th September, Torbay Sunrise Rotary Club was busy restoring the community spirit during their club event “Fun Day at The Farm”.

The team manning the event put up three marquees, fifteen tables and over fifty chairs, meaning there was a space for everyone who wanted to join in the fun.

Three barbecues were on the go, with Club President Daniel and former President David of Tormohun being the main chefs. An incredible Pavlova was also provided by the PP. 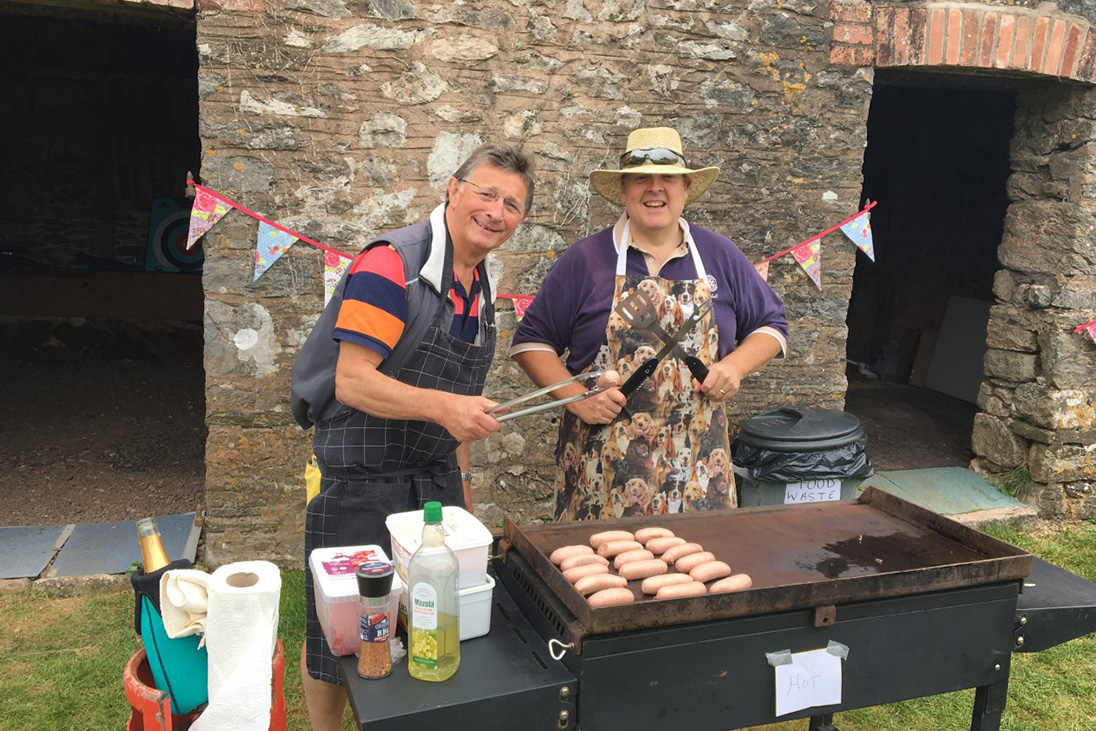 President Daniel of Sunrise and past president David of Tormohun.

Entertainment included ‘Stand-up Bingo” which was won by Martin K.

Attendance was incredible- totalling 39 Rotarians and friends with an afternoon of great fun and fellowship. With further events and joint work in the planning stage.

Borderland Rotary Club has been hard and work making a difference to the streets of Borderland.

The community team started litter-picking on Wilfred Owen back in June and, after a great positive response, they decided to take on areas of east Oswestry to clean up.

The local group approached Oswestry Town Council and Shropshire Council, who were extremely supportive and kindly donated all the equipment needed for the job to be done safely and effectively.

These sessions should have a positive effect on the local community and confirm Rotary’s commitment to ‘make a difference.’ 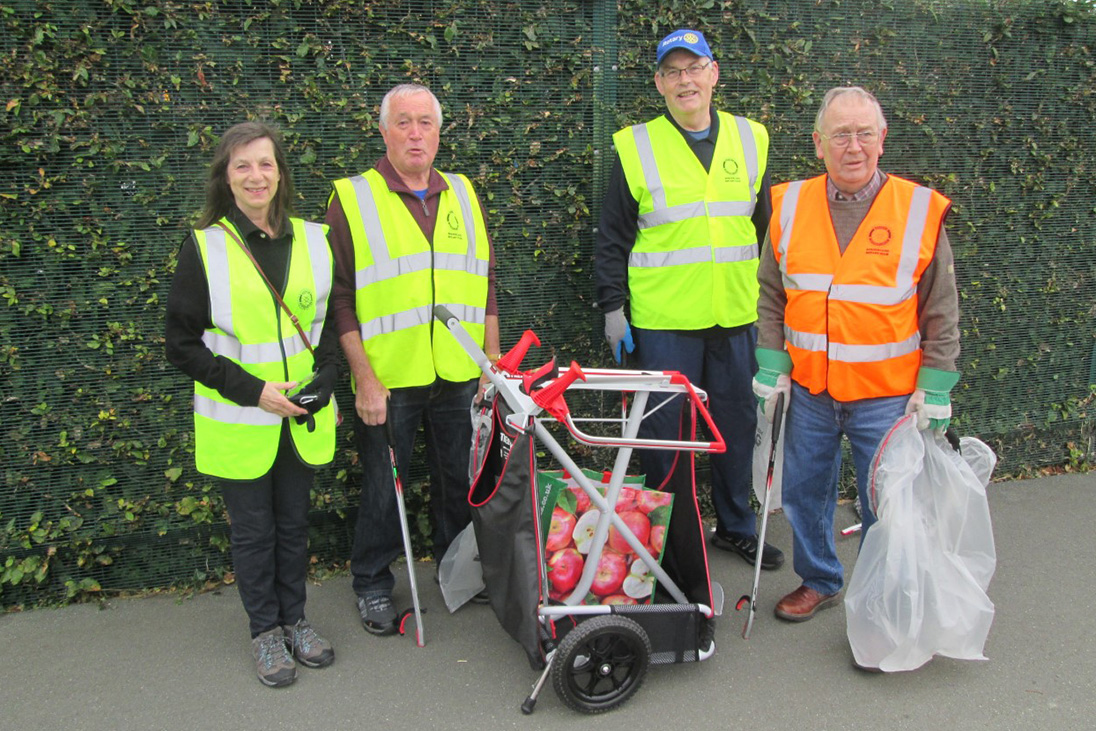 A spokesman said: “Rather than just moan about the litter issue we decided to do something about it regularly.”

Now that is community spirit. 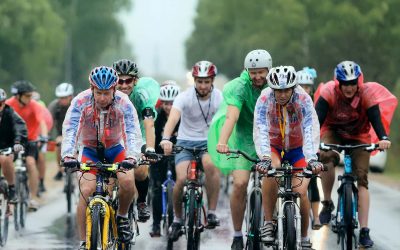 Rotarians cycle, swim and garden their way into the hearts of local communities

Across the country, dedicated Rotarians have been finding various innovative ways of raising money in challenging times.