In Clitheroe, Lancashire, more than 30 Rotarians have been joined by a further 70 community volunteers to support the clinics were the first batches of vaccine are being administered.

Rotarian Bill Honeywell has been co-ordinating volunteer efforts in the Lancashire town, as well as providing advice to other Rotary clubs nationwide looking to support their communities.#

“We need to get as many Rotary clubs doing this as we can across the country,” said Bill. “The excuse that ‘we’re too old or vulnerable’ isn’t valid. The majority of our volunteers are non-members. 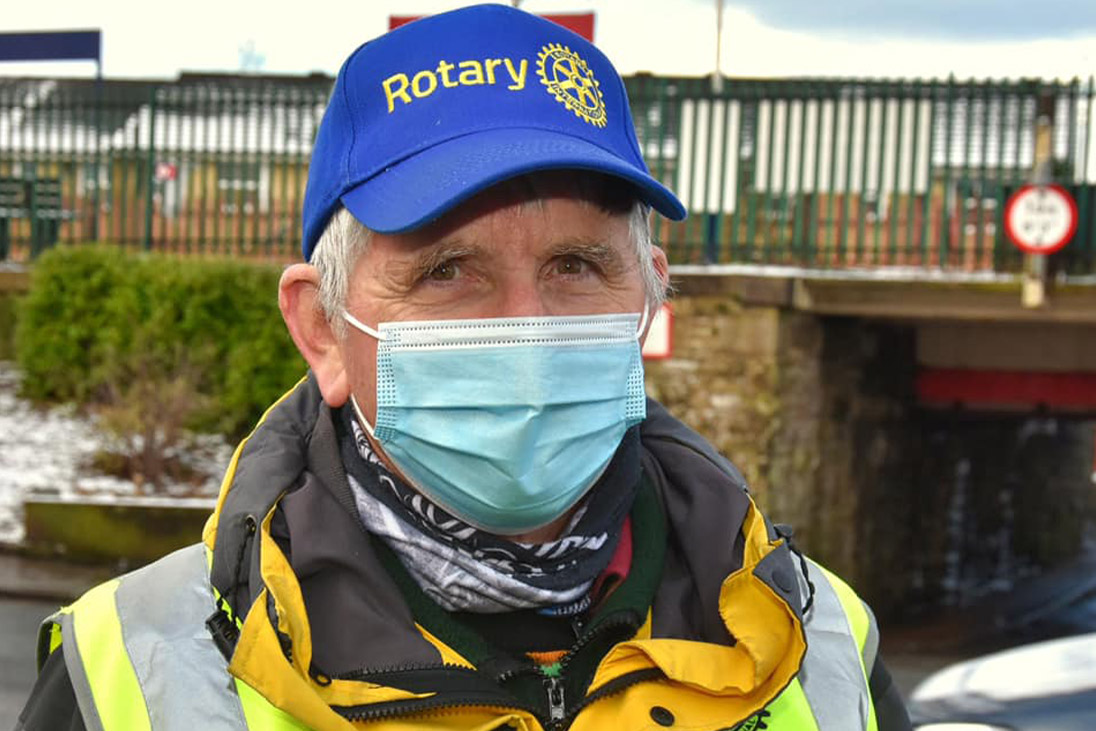 In Clitheroe, Lancashire, more than 30 Rotarians have been joined by a further 70 community volunteers to support the clinics were the first batches of vaccine are being administered.

“We’re in a raise against time and this needs action.”

Bill and the Clitheroe Health Centre team were featured in the Daily Mirror where more than 1,000 doses of the Pfizer/BioNTech vaccine are being administered daily. The story highlighted the role of volunteers supporting the mammoth vaccination programme.

This is an extract of what the Daily Mirror published:

Bill Honeywell, 68, a local estate agent and past president of Clitheroe Rotary, was first to brave the sub-zero temperatures, arriving just before 8am to supervise a handful of other volunteers.

Thirty of these are fellow Rotarians, another 70 made up of local people who just want to chip in and help.

Bill has organised them into shifts so that a group of them are always on hand to marshal cars and help guide often frail pensioners in from the cold.

“They’re just so grateful to be here,” said Bill. “A lot of them haven’t been out for maybe 10 months, so it’s a thrill just to be out in the open.

“For them to be able to go away smiling after having the jab is a joy to behold. Their relatives are all incredibly relieved and thankful. We’ve had so many tins of biscuits dropped off as thank-yous that we’re going to pile on the pounds!”

For them to be able to go away smiling after having the jab is a joy to behold. Their relatives are all incredibly relieved and thankful.”

Despite requests from the health centre simply to arrive on time, a number have been turning up early – “just because they’re from a generation that likes to be punctual”

They’ve also seen it as an occasion to dress up smartly for the doctor or nurse who administers the jab.

“It feels such a privilege to be involved, and we’ll be here for as long as we’re needed. The quicker we can get the vaccine into people’s arms the better.”

Clitheroe Rotary is among a number of Rotary clubs who have already got involved with supporting the vaccination programme.

In Hampshire, Basingstoke Deane Rotary assisted with a vaccine hub which had been set up at the Hampshire Court Hotel in Chineham which, between December 16th and January 6th, had vaccinated 30,000 people.

All three Rotary clubs in Maidenhead have also got involved with vaccination efforts in the Berkshire town. They are supporting the local Clinical Commissioning Group with the vaccination programme.

“We helped with the first roll-out before Christmas and we are waiting for the next scheduled sessions,” said Lisa Hunter, from Maidenhead Bridge Rotary. “We also helped with the flu vaccination drive through November.”

All three Rotary clubs in Maidenhead have also got involved with vaccination efforts in the Berkshire town.”

With the announcement of a third lockdown by Prime Minister, Boris Johnson last week, Maidenhead Bridge Rotary is continuing to support the isolated and the vulnerable.

Their efforts were featured in the most recent issue of the Maidenhead Advertiser.

Langley Park Rotary in Beckenham, Kent, have been out in force supporting efforts.

They received one kind comment from a patient who wrote: “Well done to the staff and Rotary volunteers at the Beacon this morning. This time it was super efficiently organised so I only had to wait 5 minutes outside and 25 minutes in the warm inside for my second jab.” 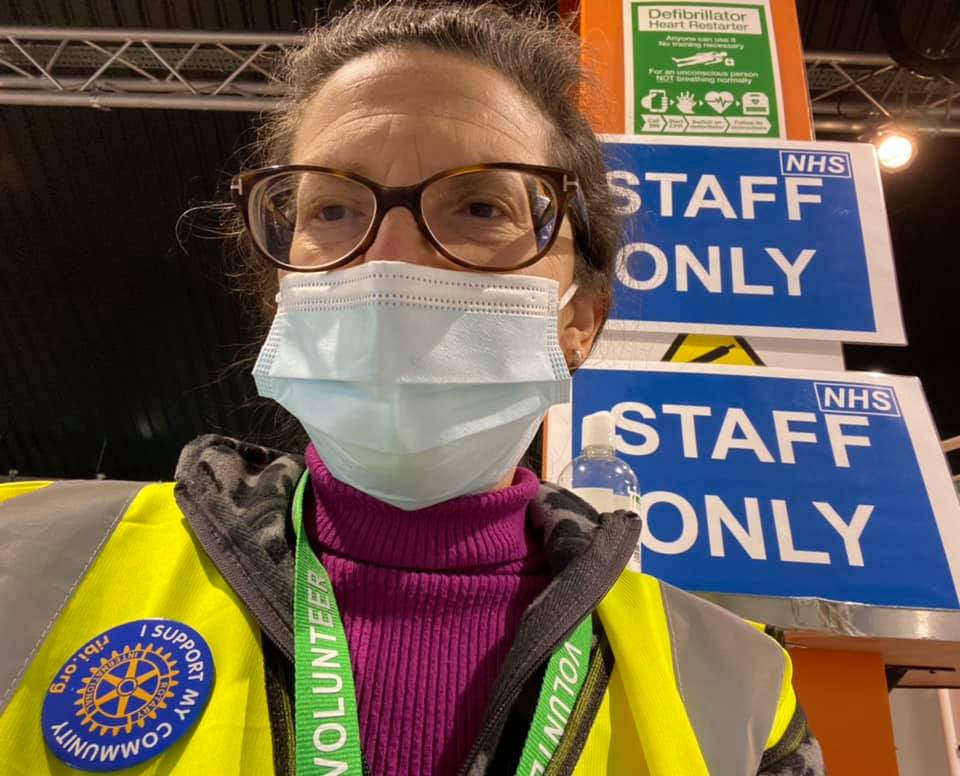 And Edgware & Stanmore Rotarians helped out with a vaccination centre set up at Barnet Football Club organised by the Harrow East Primary Care network.

Rotary in Great Britain & Ireland has recently formed a partnership with the British Red Cross and the Voluntary and Community Sector Emergencies Partnership (VCS EP).

The partnership is focussed on providing volunteers to assist in times of need such as flooding, delivering food and medicines, staffing rest centres and, more recently, COVID-19 testing and vaccination support.

Some districts, including Heart of the Midlands Rotary (District 1060) is co-ordinating a database of Rotarians prepared to help with staffing at clinics.

In Portsmouth, Hampshire, there has been a specific call to recruit ‘vaccine well-being volunteers’ who will assist patients arriving and leaving a Covid clinic being established in the city.

What is your club doing to support the Covid vaccination centres? And how is your community support continuing during lockdown? Email: editor@rotary.gbi.org 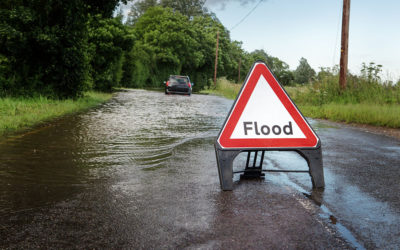 Heavy rainfall in Cambridgeshire caused flash flooding and severe disruption to communities in the flat-lying area of East Anglia.