Rotary brings festive cheer to everyone

Rotary brings festive cheer to everyone

The festive season is in full swing as Rotary clubs across the UK and Ireland use the occasion to bring a smile to their local communities.

If there’s any Rotary club that knows how to get into the spirit of Christmas, it’s Llandudno Rotary, North Wales.

Saturday 4th December saw Father Christmas (who may or may not have been Rotarian Mike Perry in disguise) and other Rotarians helpers attend Craig y Don Community Centre to distribute presents to about 50 children who are relatives of past and present patients at St. David’s Hospice.

A few days before Christmas Day on the 20th and 21st of December, the club will be carrying on their tradition of heading onto the streets to fundraise in quite spectacular snowmen costumes. If you wish to donate to this particular campaign, you can text a £5 donation to 70085 – just quote LLANDUDNO 5. 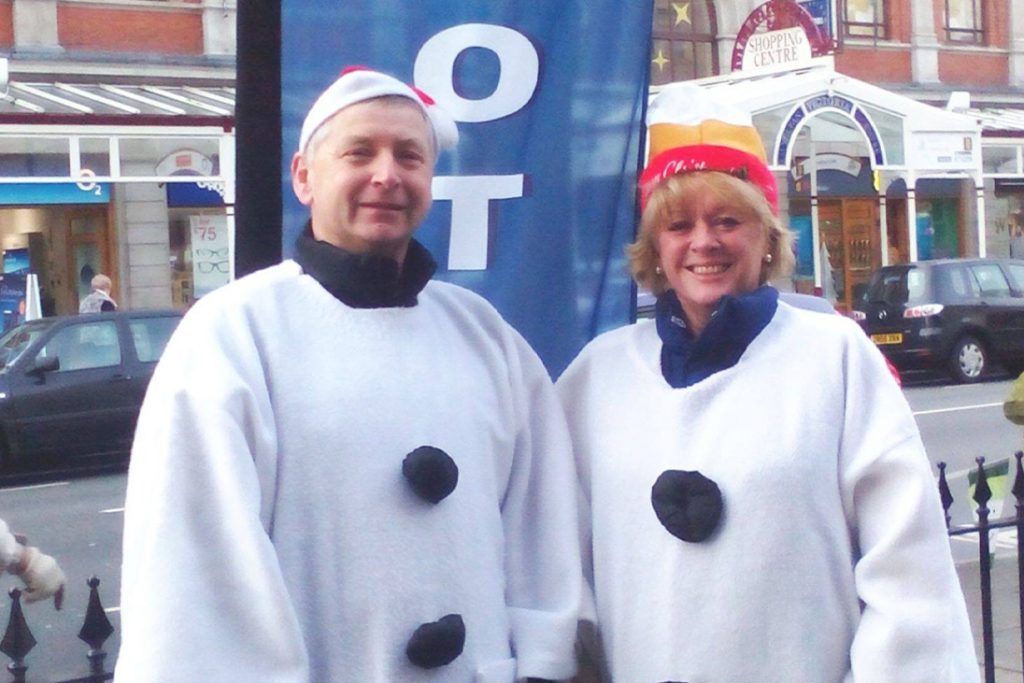 The efforts don’t stop after the big day either, as club President Rosalind Hopewell is gearing up to take part in the Boxing Day Dip. The returning event, organised by Llandudno Lions Club, will see Rosalind and many other residents take to the freezing waters of the North Welsh Coast (in fancy dress nonetheless!) to raise money for local causes.

This year, Rosalind’s chosen charity is Ty Gobaith, the children’s hospice in the Conwy Valley. You can text a £5 donation to 70580 – just quote DIP 5.

Over in West Yorkshire, Worth Valley Rotarians are going back online in a bid to provide Oxenhope-based hospice, Manorlands, with a bonus Christmas present after their finances were badly hit during the COVID-19 lockdown.

Manorlands does amazing work and there can’t be many families in the Worth Valley and surrounding districts who haven’t had reason to be grateful for the way in which they have treated a close relative or friend in the final hours and days of their lives.”

Haworth and Worth Valley Rotary are staging an online ‘Santa’s Sleigh Ride’ which will be a virtual journey from their headquarters, Newsholme Manor in Oakworth, to the front door of the Manorlands Hospice in Oxenhope via Haworth’s famous Main Street – a distance of 3.5 miles with it costing £5 for the reindeers to pull Santa 25 yards.

Club President Gary Gardner explains: “We’ll be publishing a map of the route on the club’s Facebook page (the Rotary Club of Haworth & Worth Valley) and as the donations come in, we’ll update the map to show people how much progress Santa is making.

“Manorlands does amazing work and there can’t be many families in the Worth Valley and surrounding districts who haven’t had reason to be grateful for how they have treated a close relative or friend in the final hours and days of their lives.

“Our club has been working with Manorlands during the pandemic and we’re hoping people will help Santa complete the journey from Oakworth to Oxenhope so we can make it possible for Manorlands to continue their good work.” 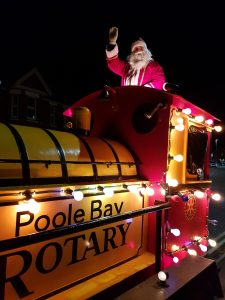 The Poole Bay Rotary Santa Express will be returning for its 18th year running.

Finally, residents of Poole, Dorset will be happy to hear that The Poole Bay Rotary Santa Express will be returning to the streets of Poole this Christmas.

Since it was launched 18 years ago, the Santa Express has raised over £100,000 for local charities. Always popular for the enjoyment, it brings to residents, it is also the club’s most successful fundraising activity.

Pete Taylor, Santa Express organiser for Poole Bay Rotary, commented: “The Santa Express is as popular as ever.  We’ve just updated the website to highlight that as we’re not knocking on every door this year, the Santa Express is running ahead of previous year’s timings and so people do need to listen out to ensure they don’t miss the train.”

Full details of the dates, routes and times can be found on the Poole Bay Rotary website and donations can be made online via their JustGiving page.