The legacy of Captain Tom lives on

The legacy of Captain Tom lives on

A year ago, Captain Sir Tom Moore captured the nation’s imagination with his record-breaking walks on the eve of his 100th birthday which, with grant aid, raised around £38 million for the NHS.

Now, people from across Great Britain and Ireland are being asked to rekindle the spirit of the former Rotarian by joining the Captain Tom 100.

Captain Tom, who died in February, was a former Rotarian at March in Cambridgeshire, and an honorary member of his local club at Flitwick Vale in Bedfordshire at the time of his passing.

Friday, April 30th would have been Captain Tom’s 101st birthday and the first anniversary of the extraordinary celebrations which concluded his 100 laps of his garden which drew worldwide attention.

Captain Tom’s family pledged to celebrate his life with an event which everyone could get involved with to celebrate his generosity of spirit, as well as the hope and joy he brought to millions.

The Captain Tom 100 is a fund-raising campaign which runs from Friday, April 30th to Bank Holiday Monday, May 3rd.

The idea is to dream up a challenge build around the number 100 which is completed at any time during this period.

From Friday 30th April – Monday 3rd May we are celebrating the amazing achievements of Captain Tom and everyone's invited!
Simply dream up your 100 challenge and raise money for charity.#CaptainTom100 pic.twitter.com/vaeLbPh3BC

The challenge can be anything inside or outside, in line with the Government’s current distancing guidelines.

Once you have chosen your Captain Tom challenge, you are encouraged to get sponsorship to raise money for either the Captain Tom Foundation or the charity of your choice.

Organisers are encouraging participants to share their exploits on social media using the hashtag #CaptainTom100.

Captain Tom’s daughter, Hannah Ingram-Moore, said: “We are so grateful for the incredible support we have received since my father started his record-breaking fund-raising walk and that his message of hope was shared with the world.

We are so grateful for the incredible support we have received since my father started his record-breaking fund-raising walk and that his message of hope was shared with the world.”

Captain Tom was very proud to be able to leave behind the growing legacy of his foundation.

“We know he would love the idea of inviting everyone to get involved and share their Captain Tom 100.”

The nation’s mental health has been damaged significantly by the impact of the COVID-19 pandemic. The Captain Tom Foundation is focused on helping younger people and the disadvantaged who have struggled.

They will be using the Captain Tom 100 to support charities including The Mix, Young Minds and Place2Be who are supporting young people’s mental health as the nation emerges from the pandemic.

Monies raised will enable these charities to scale up their services to meet the increased demand they are experiencing following the pandemic. 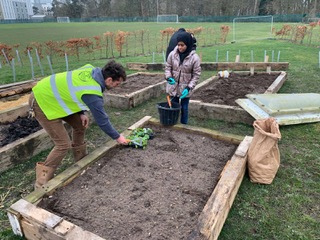 A school allotment project has grown into new idea for teaching sustainable living and environmental awareness. Reepham Rotary in Norfolk has discovered that The Papillon Project provides an excellent opportunity for Rotary clubs to add to meaningful community involvement. 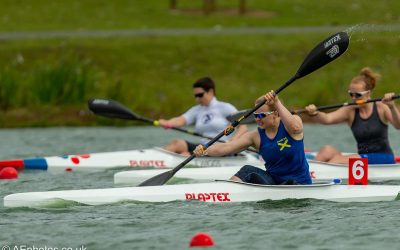 Para-canoeist and Rotarian Hope is going for gold

Rotarian Hope Gordon has just been announced as one of the top young people under 30 in Scotland because of her example to others, especially to the disabled.

The Rotary Youth Trust for Luton was set up in 2005 to celebrate the centenary of Rotary International – and it is continuing to support talented youngsters in Bedfordshire.

Para-canoeist and Rotarian Hope is going for gold