Another month “touring the country” from my dining room – and for more months to go, it would seem, now that the “Rule of Six” has been introduced.

In response to the new rules, the Rotary GB&I Governing Council has, correctly, decided that no face-to-face Rotary meetings (club or district) shall be held until further notice.

So what have I been doing this past month?

Well, it’s been my pleasure to attend several online club meetings – as far apart as Dorset, Leicestershire, Tayside, Essex, Northamptonshire, Norfolk and Lincolnshire. And good fun they have been, lively and well-attended.

It was also a pleasure to speak to District 1040’s (Yorkshire and North Lincs) Council meeting on Saturday 26th – again well-attended with over 130 Rotary members from 70+ clubs in attendance.

However much we may miss face-to-face meetings, Rotarians have adapted well to the new reality.

There’s been Rotary GB&I business as well, including the Governing Council meeting I’ve just mentioned, and the Disaster Recovery Trust.

If you read my July blog, you’ll remember I mentioned the Trust. When natural disasters occur, we open a fund to which Rotarians, clubs and others can donate, and the money that’s collected is used to support projects or initiatives by Rotary clubs in the affected country aimed at rebuilding infrastructure or supporting communities.

We are not involved in disaster response; we get engaged when the disaster has ceased to be news; when a devastated community is trying to get back on its feet – often months after the event, when everyone has forgotten about them, but they’re still suffering from the effects.

For more information about the Trust and how you can support it, visit this page.

Two other events stand out in particular.

On 25th September I attended an event on Social Enterprise organised by District 1110 (Central South England, the Isle of Wight and the Channel Islands) Governor, Tim Mason.

Supporting (or creating!) social enterprise concerns in our communities is a fantastic way for clubs to increase their service, raise their profile and reconnect with business. This is a great opportunity for Rotarians to use their business and professional skills to the benefit of their communities. Vocational Service is in many ways the “Cinderella” Avenue of Service – here’s a chance to raise the profile.

On Monday 28th, I “presented” the Community Group of the Year awards at the Rotary Club of Stratford’s second annual East London Community Awards evening.

A good example of a club exercising leadership in its community to recognise those individuals and groups which are making a difference. Stratford has been successful in involving several civic leaders in these awards, doing an excellent job of raising the profile of Rotary.

That’s all for now. Stay well, and keep growing Rotary. 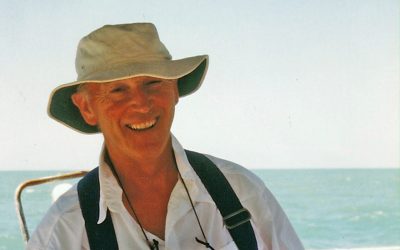 Keen sailor and Rotarian, Ian Macpherson, has just had his sailing memoirs published ‘A Scotsman’s Odyssey’. 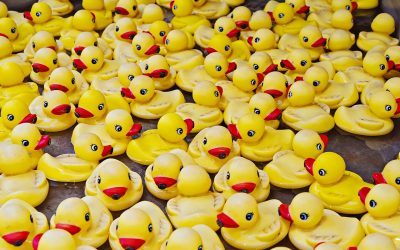 Are you going quackers with finding original fund-raising ideas during the COVID-19 pandemic? A Rotary club in Wales has struck on an original idea which it is encouraging other clubs to share. 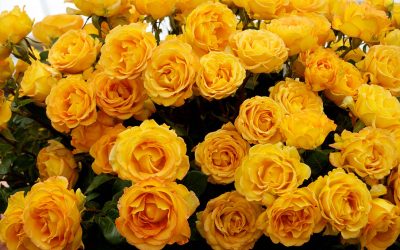 Norfolk Rotarian Martin Anscombe is giving a new lease of life to the Rotary rose Sunrise, and is calling on clubs to support the venture.