At the start of the year, Rotary member Nick Corke was surprised by a call from the Britain’s Got Talent management team.

Nick said: “It is not every day you get a phone call saying: ‘Can you bring your trishaw to the Palladium on Sunday to take Ant and Dec around Soho for some filming?’

“To my excitement, we were then invited to join the judges before the first auditions commenced.”

Nick and a colleague travelled to The London Palladium to meet the duo for their first day working together in nearly a year.

The TV presenters sipped tea and tucked into sandwiches in typical English fashion as they were filmed and transported to the venue. 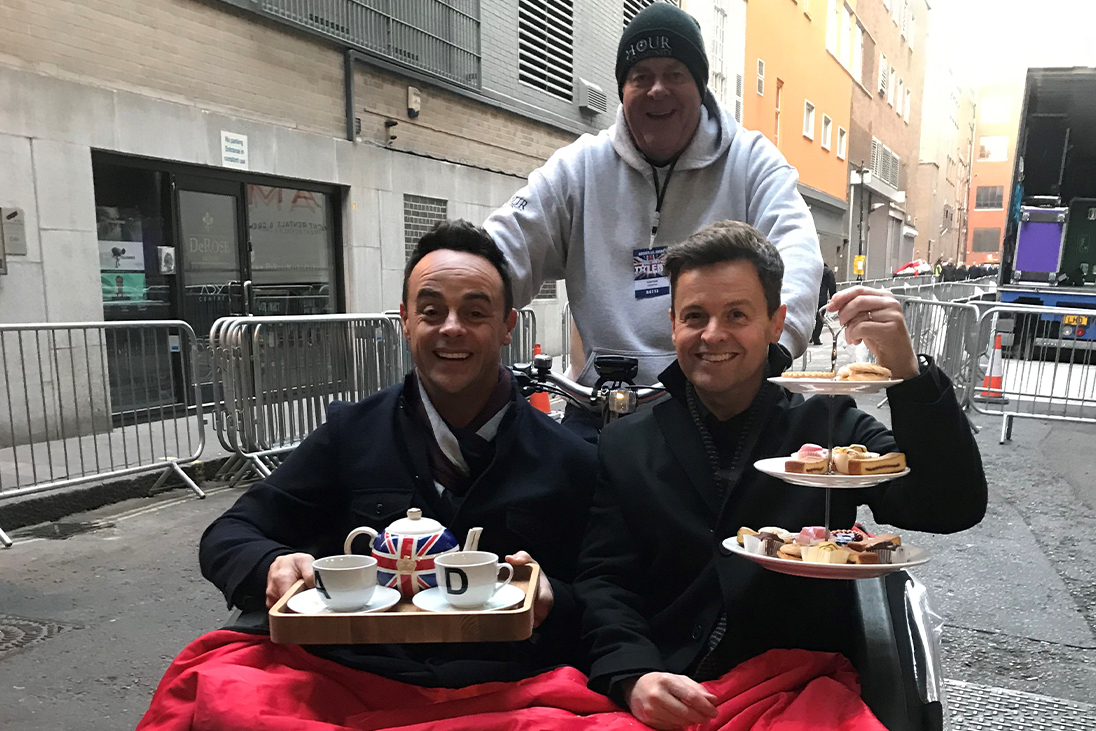 TV presenters Ant and Dec enjoying a ride in the Hour Community trishaw.

Nick is a member of Framlingham Rotary but also chief executive of Hour Community, which was set up in 2011 by the Rotary club, who encourage people to give an hour of their time give to help someone else.

He explained: “As a charity, we identify needs in the area and try to address them based around the Rotary community core theme of ‘providing community solutions for community issues’.”

Hour Community uses the trishaws to take elderly residents around the town and in the countryside on a regular basis in line with the Cycling Without Age movement.

Cycling Without Age brings generations together and works with over 1,000 care homes in 30 countries. 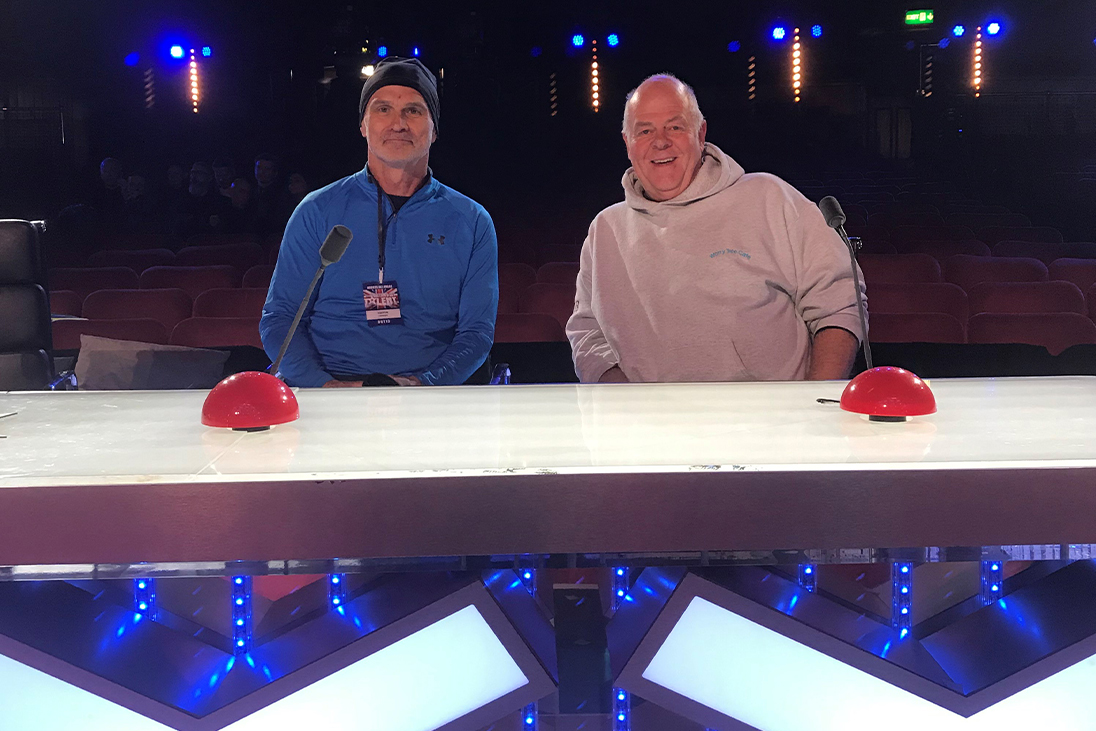 On the day, Nick was excited to be involved in the popular ITV show. “When we arrived at the Palladium we were met by two of the production team who had reserved a parking slot for us.

“We were given our passes for the day, a sandwich, a cup of coffee and a rough idea of what the day held.

“We had one trial run with the production team and then it was time to meet Ant and Dec.

“Half an hour later, the filming was finished and we took them back to the Palladium and waited for the judges.”

Before they returned home, Nick persuaded the pair to sign the vehicle so he could tell his passengers about the day.

Find out more about the trishaws: