Mel Eves enjoyed a successful career as a professional footballer, playing as a striker for Wolverhampton Wanderers.

Now he is a member of City of Wolverhampton Rotary where he has become involved with helping those who have been struggling with the COVID-19 lockdown.

Mel, who went on to play for Sheffield United and Gillingham during a distinguished career as a footballer, playing three times for England B, learned that Wolverhampton Samaritans were inundated with enquiries regarding stress and anxiety as a direct result of the pandemic lockdown measures. 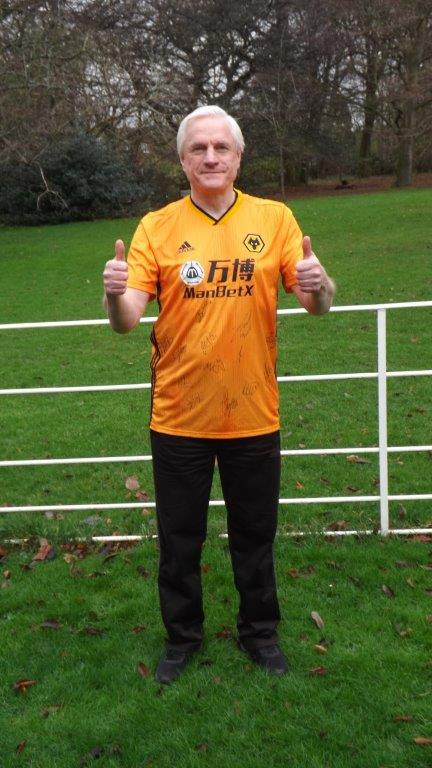 Many of the calls being received were from people with thoughts of suicide concerning themselves or someone close to them.

November alone saw a huge increase in calls to 1065. Not all the calls were from people feeling suicidal – many felt lonely and isolated, worried about their families, especially about the effects of COVID-19, feeling angry at the situation they found themselves in.

The Samaritans’ service is run by volunteers, but there are substantial overheads such as rental costs to be met.

So Mel and the club decided to raise money for this essential service by organising an online raffle of a signed Wolverhampton Wanderers team shirt.

An initial target of £500 was set and this was quickly reached. The target was then increased to £1,000.

The draw for the shirt, which was made by Rotary club President Brian Bailey, and the winner was keen Wolves supporter John Wakefield of Stafford.

On receiving the telephone call from Mel Eves to say he was the winner, John was so delighted that he immediately made an additional donation taking the final total to a remarkable £1205.

November alone saw a huge increase in calls to 1065. Not all the calls were from people feeling suicidal – many felt lonely and isolated, worried about their families, especially about the effects of COVID-19, feeling angry at the situation they found themselves in.”

John said “What a worthy cause. My mum called the Samaritans when I was a young boy, so I know at first-hand what a great service they provide.”

On hearing the news of the amount raised, Anne from Samaritans said: “On behalf of the volunteers at Wolverhampton Samaritans, I would like to thank Wolverhampton Rotary Club and, in particular Mel Eves, for all their hard work and generosity in raising the fantastic sum of £1205 with their project involving a signed Wolves shirt.

“I would also like to thank the 74 people who supported the project.

“The money raised will ensure that our hard-working volunteers will be able to support the increasing number of callers who are in need of emotional support for at least a month.” 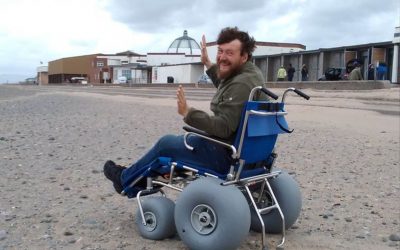 After over two years of planning, fund-raising and hard work, Fleetwood on the Fylde coast of Lancashire can be rightly proud of being the first town in the area to introduce a dedicated beach wheelchair service. 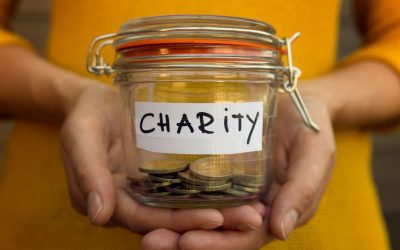 Rotary clubs in Kent and south-east London have continued to support charities, particularly medical charities, during the pandemic.

Businesses given a shot in the arm through Rotary publicity

As local businesses bid to recover from the COVID-19 lockdown, Rotarians in North Yorkshire have been doing their bit to support the High Street.