One of the leading figures behind Pakistan’s bid to eradicate polio has revealed that their campaign has been briefly halted as they bid to win the hearts and minds of people.

Pakistan and Afghanistan remain the final two strongholds where the polio virus has taken root – Nigeria has recently gone three years without a reported case.

This year, there have been 77 cases of wild polio virus reported in Pakistan, and a further 19 in Afghanistan at the time of publishing.

According to the World Health Organisation, one wild polio virus type 1 case was reported from Lakki Marwat in Khyber Pakhtunkhwa province. The onset of paralysis was October 13th.

Twelve months ago, there were just 12 wild polio cases reported in Pakistan.

Dr Abdirahman Mahamud, who is directly involved in Pakistan’s polio eradication campaign, visited Oxford University recently to update Rotarians on the progress and challenges of the campaign. 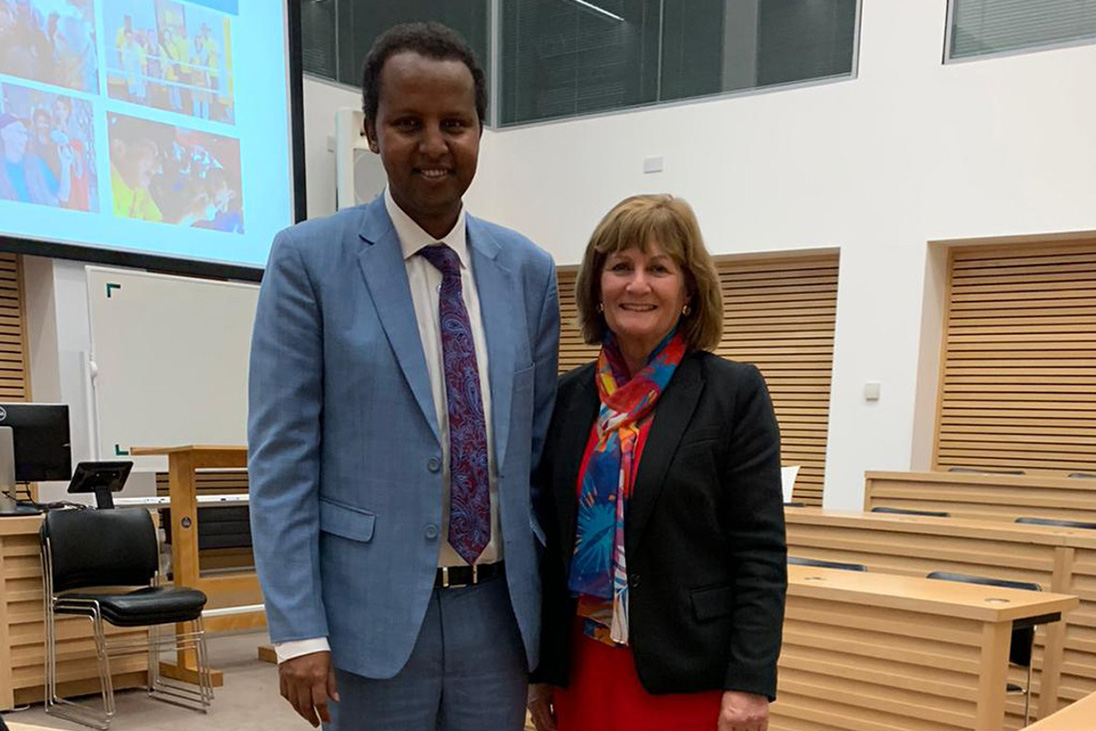 He told Rotarians how, over the last 25 years, cases in Pakistan have clearly declined from more than 2,600 cases in 1994.

And he pointed out that some increases can be linked to election periods, where political campaigning and changes in administration might mean that polio eradication becomes secondary in local district administrations for seven to eight months.

We’ve seen dramatic improvement, but then ups and downs during the last 15 years, related to the geo-political situation.”

Other increases can be linked to the Taliban’s 2009 edict banning polio vaccinations.

He explained: “We’ve seen dramatic improvement, but then ups and downs during the last 15 years, related to the geo-political situation in the country.”

In high risk areas of Pakistan, where there are nine vaccination campaigns in a year, each vaccinator who visits a family with children under five years-old, is followed by monitors and supervisors. This has been part of the quality assurance processes.

However, it is recognised that this can alienate and irritate people. Repeated knocks on the door lead to refusals by parents, so the plan is to change the approach and to have just the vaccinators visiting homes.

He explained that the campaigns have been halted for September through to November to enable the polio eradication teams to build layers of trust through the communities.

Dr Mahamud insisted that there was a determination at the highest level to ensure Pakistan became polio-free.

Both the Prime Minister, Imran Khan, and the Chief of the Army, Qamar Javed Bajwa, have recently given their commitment to polio eradication as a priority.

“At the highest levels of the government, there is commitment to finish the job of polio eradication,” he added.