Driving through the noisy, traffic-choked streets of Delhi, requires nerves of steel with a total ambivalence to any mythical Highway Code.

On my first day there earlier this year, as part of Rotary’s support for the polio National Immunisation Day, the taxi driver was extolling the green credentials of the city.

Without the need to check his rear-view mirror – because there wasn’t one – the driver pointed to the numerous parks and trees which line the Indian capital, soaking up the pollution. The lungs of Delhi? It was, quite frankly, laughable.

Planting trees is a proven nature-based solution to climate change since trees and soil take in and store heat-trapping carbon from the atmosphere which is warming the planet.

But as we weaved around the traffic chaos, this megacity of 20 million people, was covered in a blanket of toxic smog, fuelled by choking car fumes, factory emissions, and stubble burning from neighbouring farms hanging in the air.

What an amazing experience to be part of a #Rotary @EndPolioNow team taking part in the National Immunisation Day event in #Delhi. It’s a day when India seeks to ensure its 172 million children under the age of five are protected against #polio. @RotaryGBI pic.twitter.com/vySWBK2oeg

There is no such thing as fresh air in Delhi right now. Those trees are being suffocated by the smog.

I was reminded of this recently while reading a missive from a Rotarian wishing to cancel their Rotary magazine subscription, and questioning the printed product’s environmental credentials.

Do you really think you are going to save the planet by cancelling your Rotary magazine subscription, I replied? How ill-informed and naïve. Never mind the carbon footprint of going online with your laptop, mobile phone or tablet.

Are you really going to stop reading newspapers and books, are you going to exchange birthday or Christmas presents with no wrapping, will you write notes at meetings on chalk boards, and as for going to the toilet….let’s not go there?!!

Rotary magazine is one of our best promotional tools. It has been written in a way which not only appeals to Rotarians, but the content will also resonate with an external audience.”

Also, are these same eco-warriors advocating an age when we no longer read books, when literature is reduced to pixels on a tablet? What a great example we’re setting for future generations.

Its gesture politics from eco-warriors – and you’re picking the wrong target.

But here’s my point: Rotary magazine is one of our best promotional tools. It has been written in a way which not only appeals to Rotarians, but the content will also resonate with an external audience.

That’s why, besides 40,000 copies being sent to the homes of every Rotarian in Great Britain & Ireland, a further 5,000 are distributed to airport and cruise terminal lounges, in selected hotels and in first class compartments on trains.

My mailbag from non-Rotarians tells me they are being read and well received.

Now are you telling me your club is overflowing with members, carrying a five-year waiting list, that you don’t need to promote Rotary? Rubbish! Even if you prefer to read Rotary online, why not use the magazine to market your club?

And if you’re a family who gets two sent to copies to your home, use both.

Present the magazine to speakers and guests, make copies a feature of your stand at public events, give them to friends – it’s a simple way of telling them why you do Rotary. And why not find public places such as a library, coffee shop, hairdressers, or a doctor’s surgery, where you could leave a copy with your club’s details?

Now at the time of writing we are caught up in the whirlwind of uncertainty around COVID-19, and who knows what the next few months may throw at us. So this ‘Read It & Leave It’ policy is perhaps not prudent right now – but in the future?

Once we get over this pandemic, Rotary will need to regain momentum.

We need to help Rotary grow, to enable the world to change – notably its ambivalent attitude to climate change.

Having experienced what I saw in India, Rotarians giving up their magazine is not going to save the world. But maybe giving a copy to someone else, which might encourage them to join Rotary to make the world a better place, would be a smarter move. Think about it. 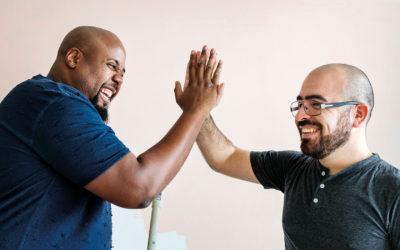 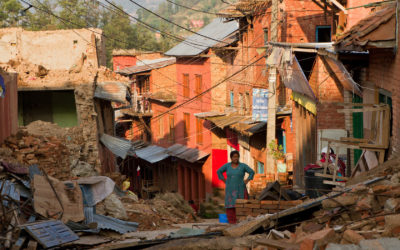 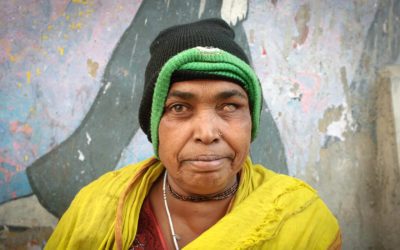