Meet Joanne Lockwood, a successful businesswoman, who will become President of her Rotary club later this year. But it’s not been easy for Joanne who tells the story of growing up as a male, but always wanting to make the transition to living life as a female.

Joanne was born in 1965, the son of middle-class parents living in Portsmouth where her father served in the Royal Navy.

By the age of six, this bright and very self-aware youngster was living the life of a young boy, but sharing recurring dreams that one day she would grow older as a woman.

“At the time, I had no reference point that I was trans. I remember doing what any little girl does at that age; trying on mum’s shoes, clothes and make-up.

“For a girl, it is cute and funny. But I realised what I was doing was not the right thing to do. That was the beginning of me keeping things hidden.”

That was the voice of Joanne Lockwood, now 54, chatting in a crowded Portsmouth pub.

She definitely doesn’t stand out from the crowd, wearing a summer dress, sporting neatly manicured nails and a new brunette bob, having dispensed with the blonde look a few months earlier.

For more than 40 years, Joanne has kept this secret – even while serving as National President of Round Table between 2008 and 2009.

More dramatically, even Joanne’s wife and children were unaware, until a few years ago, that this person they loved harboured feelings of being a female born in a man’s body.

“There was no epiphany moment as such. I would describe it as an awakening, an understanding, a realisation, and a momentum,” explained Joanne.

“It was not about sex, or sharing a fantasy, it was about my identity and what I wanted to do and how I fitted in.”

More dramatically, even Joanne’s wife and children were unaware, until a few years ago, that this person they loved harboured feelings of being a female born in a man’s body.”

After leaving school, she joined the RAF as an apprentice technician, worked for the electronics company, Plessey, and the private banking company Coutts, before later setting up her own consultancy.

She married Marie in 1987 and the couple had two children. Yet the feelings would not subside.

“For 40 years, I led this imaginary life.

“I would have these lucid dreams, where I could control myself being a woman in those dreams just doing everyday things. I took comfort from having that subconscious world.”

Then, in the summer of 2012, came the tipping point. According to Joanne, this was the time to bury a lot of bad news in one go and tell her wife of 25 years. Remarkably, the couple stayed together.

Joanne added: “For all of our marriage, and for as long as I could remember, I was wearing women clothes in private. It was when I started showing Marie the other side of me that things changed. We had to keep it a secret from the children and everybody else.

“I was allowed my ‘hobby’. It was like playing golf or going fishing. It was boxed off. Marie would say if you want to go off and play with your friends, that is fine once in a while, but don’t let it interfere.”

Two and a half years ago in 2016, soon after their son had graduated, they told the children. They were stunned and there were tears. A few weeks later, after a bottle or two of Prosecco, Joanne decided to go public and announce on Facebook who she really was.

“Before all this, I was working away a lot and became comfortable with who I was. I gave myself a name, I created a Facebook account, I met some friends and started to live and function as a woman at weekends or when I was away.

“However, the more I allowed myself to be sucked forward by the momentum of this, the more uncomfortable I felt about going back.

“I was being coerced back into my box after a weekend away and I thought I can’t keep going back in the box.”

In February 2017, Joanne sold the business to concentrate on her new life.

That now involves running a business to provide support and awareness around transgender and gender non-conforming individuals. She works with businesses and organisations through running lectures, workshops, as well as conducting audits and consulting.

For 40 years, I led this imaginary life.”

The statistics are imprecise, but it is believed that one per cent of the population identify as transgender, with around 0.2% who are open or in transition.

“I provide trans-awareness and support to businesses to make other people’s journeys smoother, because I know how difficult it is.”

Joanne now has a fresh and positive outlook on life. This summer, she will become President of Rotary Social Innovation SEH, based in Portsmouth, Hampshire.

“We’re a collection of local people, forming social enterprises and businesses, who are very supportive of each other,” added Joanne. “In terms of the gender mix, it has a bias towards female.

“More women are creating social enterprises, working in small businesses who want to collaborate, so that’s why Rotary and this organisation resonated.

“It has given us a way of pulling together, to share the whole concept of social enterprise which benefitted the community.

“I hope this article changes the life of a trans person who may be in Rotary already, but who thinks Rotary is not going to accept them because their club is unreceptive at that time.

“Rotary can be an open and inclusive place for other trans people and more inclusive to the lesbian, gay, bisexual and transgender community as a whole.” 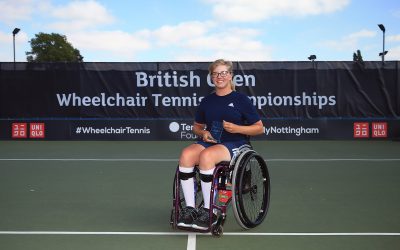 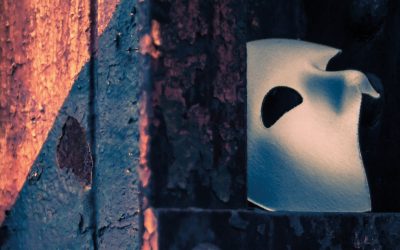