The largest ever Rotary Foundation Global Grant to be awarded to a project based in Great Britain and Ireland will dramatically improve access to radiotherapy and cancer treatment in the south of England.

There is a brighter future ahead for medical care in Swindon, thanks to a record-breaking Rotary grant.

Rotary clubs in Swindon have been working together to support the Brighter Futures Radiotherapy Appeal based at the Great Western Hospital.

The appeal, which has now hit its £2.9 million target thanks to Rotary’s support, was set up by Brighter Futures, the charity for the Great Western Hospitals NHS Foundation Trust in May 2015.

Funds will be spent on developing a radiotherapy cancer treatment unit in Swindon, a satellite unit of Oxford University Hospitals.

A Global Grant of £175,000 will be added to the £158,000 already raised by Rotary clubs in Swindon and the surrounding areas to take Rotary’s contribution to the appeal to one third of a million pounds. This is the largest ever Global Grant in Great Britain and Ireland.

The Rotary Foundation, Rotary’s own and only charity, supports around 1,000 humanitarian service projects across the globe each year in a range of areas such as health, education, sanitation and peace.

This development of a local radiotherapy service for the people of Swindon and Wiltshire will mean over 13,000 patient journeys for treatment will be significantly shorter every year as they no longer need to travel to Oxford.

Currently, the journey can take between one and two hours, depending on the time of day, which can be physically and emotionally draining for patients and their families at an extremely challenging time.

Some patients even opt not to receive radiotherapy treatment or palliative care because they cannot face the prospect of the journey on a daily basis for as many as six weeks.

The sad reality is that cancer affects one in three of the UK population and the number of incidents is predicted to rise by 16% over the next ten years.”

Peter Wells, a member of Rotary Swindon who was closely involved with Global Grant bidding process commented: “This really is what Rotary is all about. Engaging in practical projects that provide potentially life-changing solutions to local problems.

“Rotary members and The Rotary Foundation are doing incredible things around the world, supporting around 1,000 projects like this one, every single year.

“What has been so special is that all of the fundraising has been done locally, not only by Rotary clubs in the area, but small businesses and individuals as well.

“Rotary fundraising activities have included a duck race, swimathon, spring fayres, fun runs and more. Not only have these events contributed funds towards the radiotherapy appeal, but they’ve also fostered great community spirit and involvement in our area – so it’s a double win!”

Commenting on the appeal, Catherine Newman, Associate Director of Fundraising at Brighter Futures, said: “We’re so thankful for all the hard work our local community and the Rotary clubs of Swindon and surrounding area put in to raising this money.

“The sad reality is that cancer affects one in three of the UK population and the number of incidents is predicted to rise by 16% over the next ten years.

“This money will fund critically important equipment for a new radiotherapy unit that will support the 284 people who receive a cancer diagnosis every month at the Great Western Hospitals NHS Foundation Trust.

“We hope the success of this appeal shows people how important their continued support is, no matter how big or small.”

The development of a satellite treatment unit is going to support people who had experiences like Fred Bassett, who was diagnosed with prostate cancer in 2006. Six months after his diagnosis, Fred began a course of radiotherapy at the John Radcliffe Hospital in Oxford.

Initially, Fred thought he could drive himself to his appointments on the 76-mile round trip from Swindon, but after the first few days he realised that this was not going to be possible.

Radiotherapy for a prostate cancer patient has to be delivered on a full bladder. The delicate balance of managing this and dealing with the side effects of the treatment on the trek home, meant that the journey itself became extremely stressful for Fred.

Thankfully, Fred’s wife and family had flexible lifestyles and work commitments meaning they could support him with travel, but this isn’t the case for all patients. Fred returned to full health two years later.

Upcoming fundraising events for the radiotherapy appeal will have their donations go towards supporting the wider cancer pathway at the Great Western Hospitals NHS Foundation Trust.

That additional funding will help to extend the Trust’s programmes and research into the early diagnosis and detection of cancer. 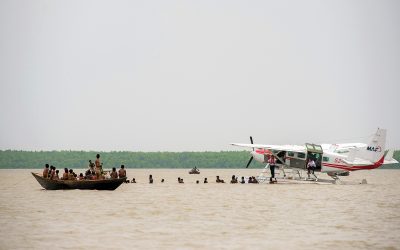