Laughter is the best medicine

Laughter is the best medicine

TV icon, Dame Esther Rantzen, was one of the guests for series 3 of togetherTalks. As part of the live event, she discussed some of the lessons learned from the lockdown.

Dynamic Dame Esther Rantzen admitted she was “addicted to busyness”, being constantly on the go with her career as a journalist, broadcaster and tireless charity campaigner.

So, for the former ‘That’s Life’ presenter, lockdown has brought a dramatic change in pace — which she says she is finding a surprisingly positive experience.

“It’s such an odd feeling not to be busy for the first time in my life.

“I’ve always spent my life rushing around in a slightly idiotic manner.

“Rather unexpectedly, I’m really enjoying being able to pause and reflect, discovering an inner peace,” she revealed.

Dame Esther was planning big celebrations for her milestone 80th birthday last June but spent it catching up with friends and family on Zoom at her home in the New Forest, Hampshire, where she has been shielding since March with her eldest daughter, Miriam, who has ME. 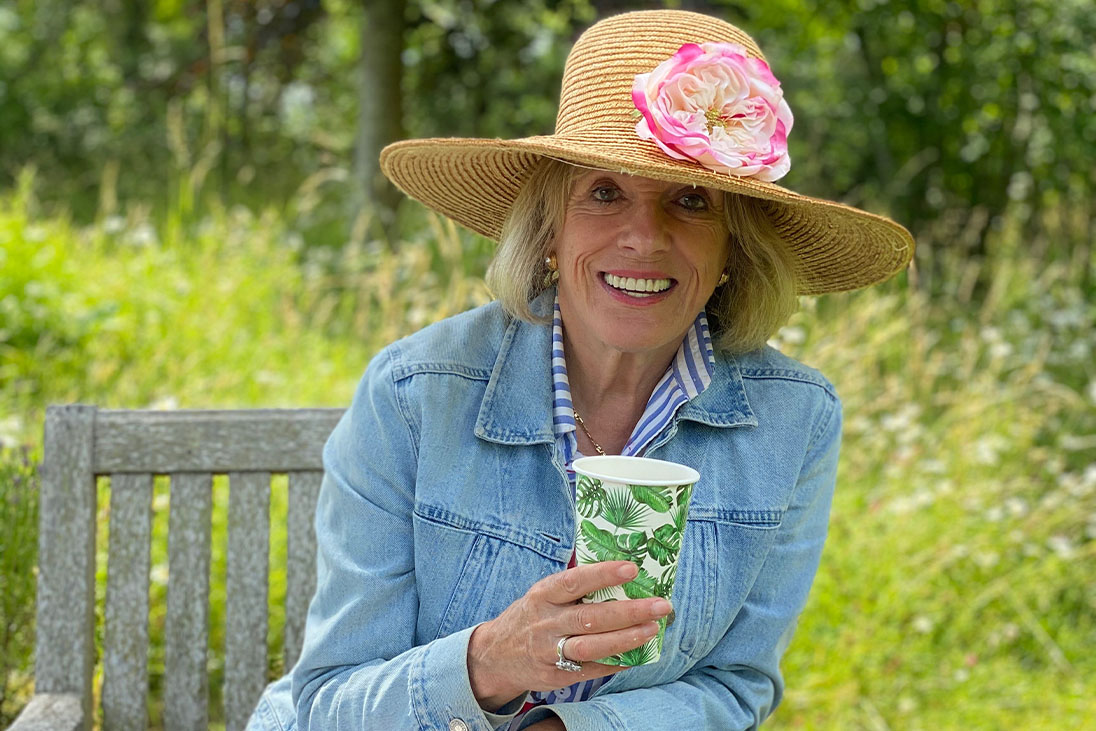 Dynamic Dame Esther Rantzen admitted she was “addicted to busyness”, being constantly on the go with her career as a journalist, broadcaster and tireless charity campaigner.

“It’s lovely to spend time with her,

“She has health problems and I’m in a vulnerable age bracket, so it makes sense,” she explained.

The house is surrounded by a beautiful garden created by her late husband, broadcaster Desmond Wilcox, who died 20 years ago. It’s the place, she says, where she feels most “connected” to him. She was married to the documentary-maker for 23 years with whom she had three children.

Dame Esther is an honorary Rotarian of the Rotary Club of London and a Paul Harris Fellow. She says she is honoured to be invited to be a guest speaker for togetherTalks, a series of fortnightly webinars hosted by Rotary International in Great Britain & Ireland.

Dame Esther is known to millions as the presenter of the BBC television series ‘That’s Life!’ which ran for 21 years and drew regular audiences of 18 million.

But she is also known as the passionate modern day campaigner who set up ChildLine in 1986 and The Silver Line for lonely pensioners in 2013.

Dame Esther is an honorary Rotarian of the Rotary Club of London and a Paul Harris Fellow. She says she is honoured to be invited to be a guest speaker for togetherTalks, a series of fortnightly webinars hosted by Rotary International in Great Britain & Ireland.”

Dame Esther explained: “Calls have gone up to both helplines showing the impact of lockdown and the pandemic.

“The Silver Line calls have gone up by 30% and so have ChildLine.

“So many children are living in homes that are not safe where there is violence, there’s abuse and they are getting in touch.

“With ChildLine, for example, there has been a 16% rise in contact from under 11-year-olds with the closing of schools, their only safe place.

“This pandemic is putting children and older people in danger.”

But Dame Esther hopes that some good will come out of the lockdown.

She hopes that people isolating from others by staying at home will give them an understanding of the situation facing so many elderly people.

She pointed out: “I do think it might be a time when the rest of the world can think for a moment about the most vulnerable and isolated older people for whom this is their way of life.” 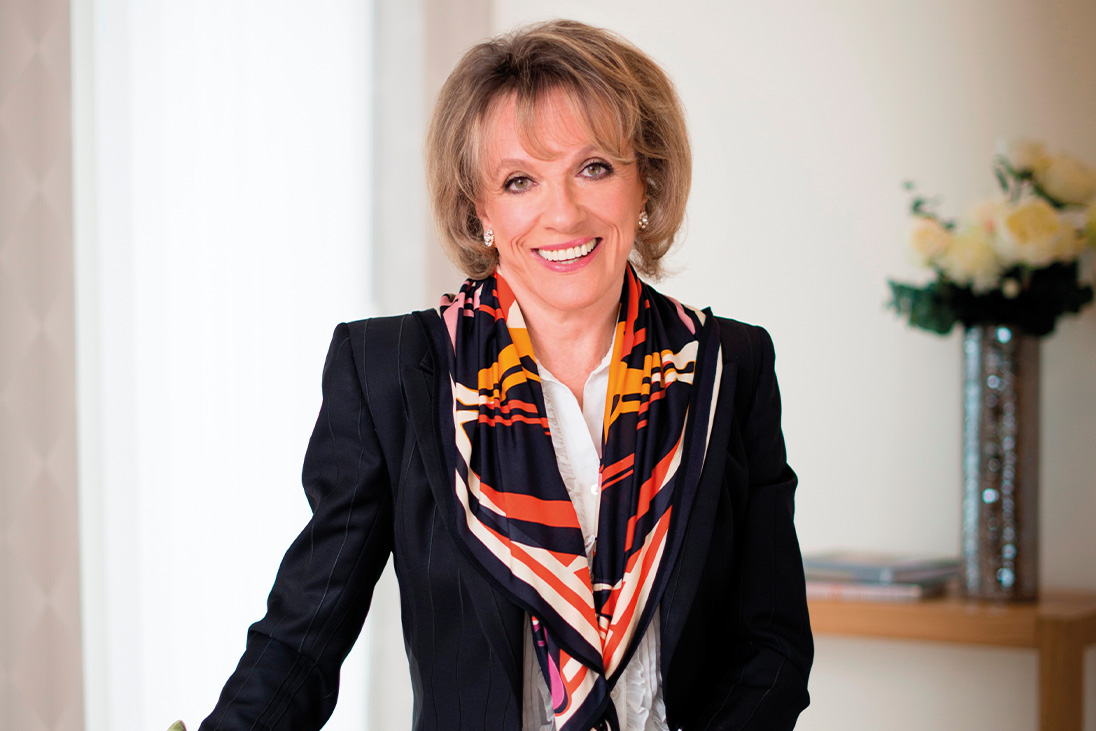 Dame Esther also has a strong message that older people should not be treated as if they are past their sell-by date.

Dame Esther also has a strong message that older people should not be treated as if they are past their sell-by date.

She said: “Older people are not a burden. The wonderful thing about the fabulous Captain Sir Tom Moore, who raised over £38 million by walking around his garden in the run-up to his 100th birthday, proved, if anyone doubted it, that older people, far from being a burden, are a treasure and they need to be treasured.”

And her message is to make use of this unprecedented time during the pandemic in a positive way despite the challenges.

She added: “I think that now is the time when we have a bit of time on our hands that we can write the story of our lives and I think our children and grandchildren might well be interested.

“I am currently writing ‘Stories I may not have time to tell you’.

“They are about my memories, with anecdotes from the 1940s. It describes what we ate during the War, such as when I was little we were lucky to have one egg a week, I didn’t eat a banana until I was six, and that there were bombs falling on my grandparents’ house in London.”

As for her own personal antidote to beat the lockdown blues, Esther revealed: “I now always make a point of having a moment of fun each day.

“We shouldn’t take ourselves too seriously. Laughter really is the best medicine even for a pandemic.” 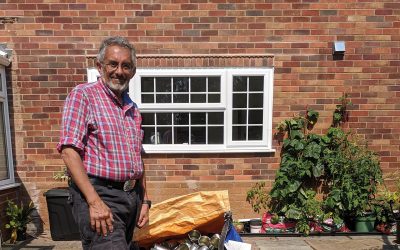 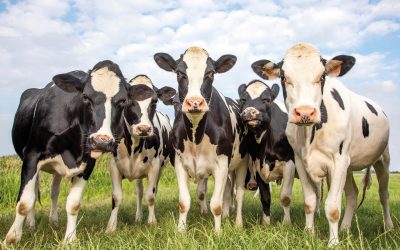 Combatting climate change starts with you 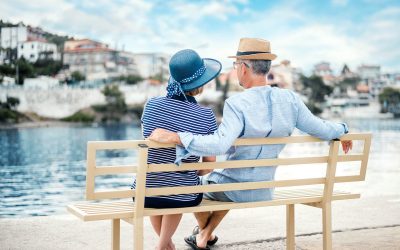