HRH The Prince Philip, Duke of Edinburgh: a Friend of Rotary

HRH The Prince Philip, Duke of Edinburgh: a Friend of Rotary

With the death of HRH The Prince Philip, Duke of Edinburgh, in April, aged 99, Rotary lost a true friend.

Prince Philip was an honorary Rotarian of the London, Edinburgh and King’s Lynn Rotary clubs – the latter for when the Duke was staying at Sandringham in Norfolk.

He was elected as an honorary member of the Edinburgh club in 1952, to coincide with its Jubilee year – the Scottish club was founded in 1912. 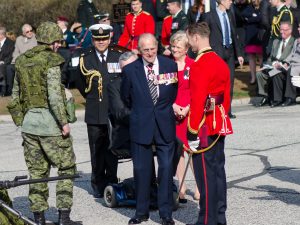 Prince Philip in Toronto, Canada to present the new Colours to the 3rd Battalion of the Royal Canadian Regiment.

Prince Philip was laid to rest at St George’s Chapel, Windsor, in April. He had close connections with both of the Berkshire town’s Rotary clubs, where he would turn up to meetings unannounced.

The Duke became an honorary member of Windsor St George Rotary when it chartered in 1983, and supported a number of their events.

I was really touched by that, because he saw himself as a member of our club.”

He said: “I was a little apprehensive of Prince Philip’s perceived public image of being a bit brusque and intolerant. Nothing of it, he was brilliant.

“Despite it being a formal dinner, he put everyone at ease. Prince Philip chatted in German to representatives from our German twin club, much to their surprise and pleasure, helped pass the mints round and then, when I asked club members to stand and toast our guests, he stood up and toasted the guests.

“I was really touched by that, because he saw himself as a member of our club. 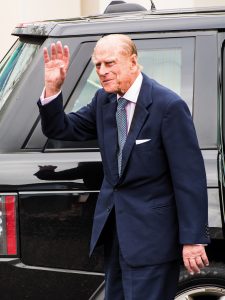 “At the end, he thanked me for a pleasant evening and quietly walked off back up to the castle. It was as though he had just popped out to have dinner with some friends.”

Prince Philip joined Windsor & Eton Rotary as an honorary member in 1957. Club President, Adrian Benge, who works at Windsor Castle, recalled:  “I went along to a meeting in 2010 before I became a member and the Duke just walked in to join the meeting, with no one expecting him.

“I had seen him in the castle about an hour earlier and he stopped, looked at me and asked ‘what are you doing here?’. I replied that I was coming to the meeting with a view to joining. He shouted to Derek Bishop, who was president, for everyone to hear “quick sign him up”.

“But the Duke then said to me ‘do you not have a club nearer to home?’ as he knew I lived in Farnborough. I said: ‘but I know everyone here, sir’. He replied: “Well, we can walk over together from the castle then in future.”

The Duke of Edinburgh twice provided forewords for books about Rotary.

In 1975, he contributed a piece to a book about the history of Rotary International in Great Britain and Ireland, written by Roger Levy, who was part of the Secretariat staff in the 1960s and 1970s. This was written at a time when Rotary was a male-only organisation. 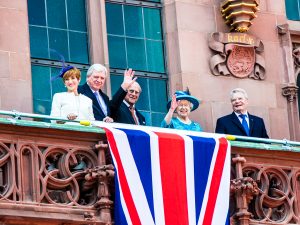 The Duke of Edinburgh with the Queen on the balcony at the town hall in Frankfurt, Germany

Then, the Duke wrote: “Most people hear about Rotary at some time in their lives and, of course, a great many public-spirited men join the clubs and help to make a valuable contribution to society.

“But how many people, members included, know anything about the origins and development of the clubs since they were founded by Paul Harris in Chicago in 1905?

“How many appreciate the unique contribution made to Rotary International by the movement in Britain since it reached this country in 1911?

“I am sure that the basic purpose of Rotary – vocational service – is understood by most people, but it is certainly time that the strength and depth and width of this service over the last 70 years should be recorded for present and future members.

“The very existence of Rotary clubs illustrates a much-neglected fact of life.

“A community can only call itself civilised if all its members actively and equally share in the responsibilities of citizenship.

“The domination of one section of the community by another for whatever reason, be it political, doctrinal, economic or social, can never be equated with true responsible self-government by all members of the community.

“Rotary has been setting a splendid, practical example of unselfish, responsible service for many years, and I hope this book will help to maintain this tradition long into the future.”

Later, in 1984, the Duke of Edinburgh wrote a foreword to David Shelley Nicholl’s book “The Golden Wheel”.

He wrote: “The sheer size of Rotary International in 1984 is impressive.

The significance of Rotary is that it has become one of the most active and effective forces on the lay side of righteousness, co-operation and goodwill

“Almost one million members in 158 countries are awesome statistics, but they really mean nothing at all unless the members are inspired by Rotary’s challenging philosophy, expressed by its splendidly simple motto ‘Service Above Self’.

“The motto would be irrelevant if there was no selfishness in the world, but the temptation to cheat, to exploit and to dominate for the sake of personal wealth and power has always been a feature of human existence, and the chances are that it always will be.

“The significance of Rotary is that it has become one of the most active and effective forces on the lay side of righteousness, co-operation and goodwill. 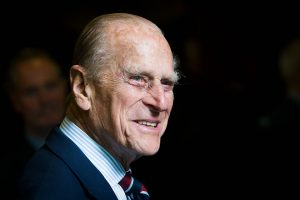 “It provides, therefore, a most powerful encouragement of the potential for good that is in all men and, by doing so, it also acts as a severe restraint on what is evil and corrupt.

“It is no coincidence that Rotary flourishes in the free and open societies of this world, while it is ruthlessly supressed under ideological dictatorships.

“This book may not be the only history of Rotary to be written, but it is probably the first to trace the course of events and to follow the development of an idea at the same time.

“What comes through is that while fashions and attitudes may vary between countries, and over periods of time, the central principal and philosophy of Rotary runs through the whole story as if it were the track of the Golden Wheel.” 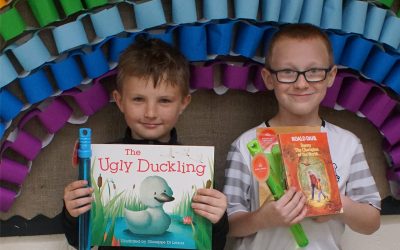 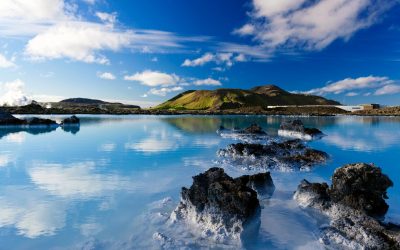 5 destinations to inspire your next holiday