Ron D. Burton, The Rotary Foundation Trustee Chair 2018/19, celebrates how far Rotary has come to end polio and discusses the final steps on the shared mission in his October-November column.

As a district governor, I attended the 1988 Rotary International Convention in Philadelphia.

But I also heard some exciting news; we had surpassed our goal of raising USD$120 million for the eradication of polio.

What a celebration we had. We proved to ourselves, and to the world, the strength of Rotary and that we could take on a global health challenge.

In the ensuing 30 years, we, along with our partners – the World Health Organization, the U.S. Centers for Disease Control and Prevention, UNICEF, and the Bill & Melinda Gates Foundation – have raised even more funds, organised National Immunisation Days and advocated with world governments.

Our goal has always been to keep our promise to give children a polio-free world and in 2017, there were only 22 cases.

We’ve done incredible work, but we know the job isn’t over. Once we reduce the number of cases to zero and no viruses are detected in the environment, we must wait for WHO to certify the world officially polio-free.

That requires at least a three-year period without a single detection of the wild poliovirus in a person or the environment.

During those three years, we will still have to vaccinate children and ensure through surveillance that the virus never regains a foothold.

Rotary members have always been on the front lines of this effort – we still are. So, what can you do? Tell everyone you know about Rotary and polio. Make a donation.

Update your club and explore how together you could participate directly in the fight.

On October 24th, we’ll celebrate the 30th anniversary of the Global Polio Eradication Initiative’s formation at our sixth annual World Polio Day event, in Philadelphia, the city where it all started.

Host a World Polio Day fundraiser or watch party and tell us about it at endpolio.org/promote-your-event.

For more inspiration, check out endpolio.org.

I need your help. I’m depending on you to help us keep our promise. 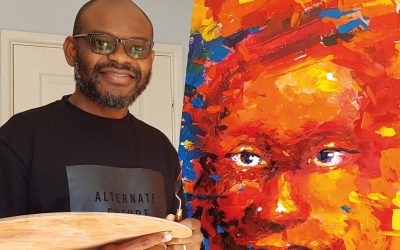