MapAction is one of Rotary in Great Britain & Ireland’s emergency response charities. They are currently working with humanitarian organisations in the Bahamas following the devastating Hurricane Dorian earlier this month. However, less well publicised are the floods in the Lao People’s Democratic Republic in south-east Asia – also known as Laos.

At the end of August and beginning of September, Tropical Storm Podul and Tropical Depression Kajiki caused heavy rain in the Lao People’s Democratic Republic.

This resulted in flooding in six provinces in the southern part of the country.

Some 1,658 villages across 47 districts have been affected and more than 21,500 families have had to leave their homes.

Laos, which sits on the border with Thailand, Vietnam and Cambodia, is traversed by the Mekong River and is known for its mountainous terrain.

What is happening there now is one of the less-heralded humanitarian disasters around the world.

A volunteer with the UK charity MapAction, one of Rotary Great Britain & Ireland’s emergency response charities, is currently stationed in the regional Emergency Operations Centre in Jakarta, Indonesia, to support the aid response.

He is mapping the evolving situation on the ground as well as helping to identify gaps in coverage to ensure aid gets where it’s most needed as quickly as possible.

This also involves establishing information management and geographic information systems and templates for Lao that will be useful beyond the current emergency.

Elsewhere in the world, a second MapAction team arrived in the Bahamas over the weekend, to relieve the charity’s initial response team which has been providing maps and data to assist the response to Hurricane Dorian.

A further volunteer team is currently in Afghanistan, helping to map the locations and needs of people displaced by conflict, particularly in hard-to-reach areas, while yet another team has just returned from a similar mission in Iraq earlier this month.

MapAction’s CEO Liz Hughes has expressed her continuing gratitude for the support of Rotary clubs across Great Britain and Ireland which has been vital in enabling MapAction to carry out all this live-saving work.

International service is a key aspect of Rotary life, with thousands of members helping to support some of the most vulnerable people in the world. 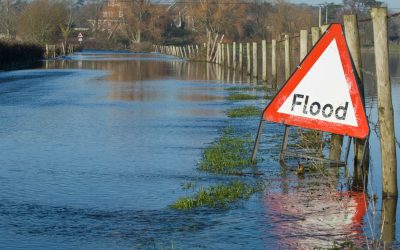