On the forefront of providing support has been ShelterBox, Rotary’s global partner in disaster relief, collaborating with the Rotary Club of Cebu, Philippines. 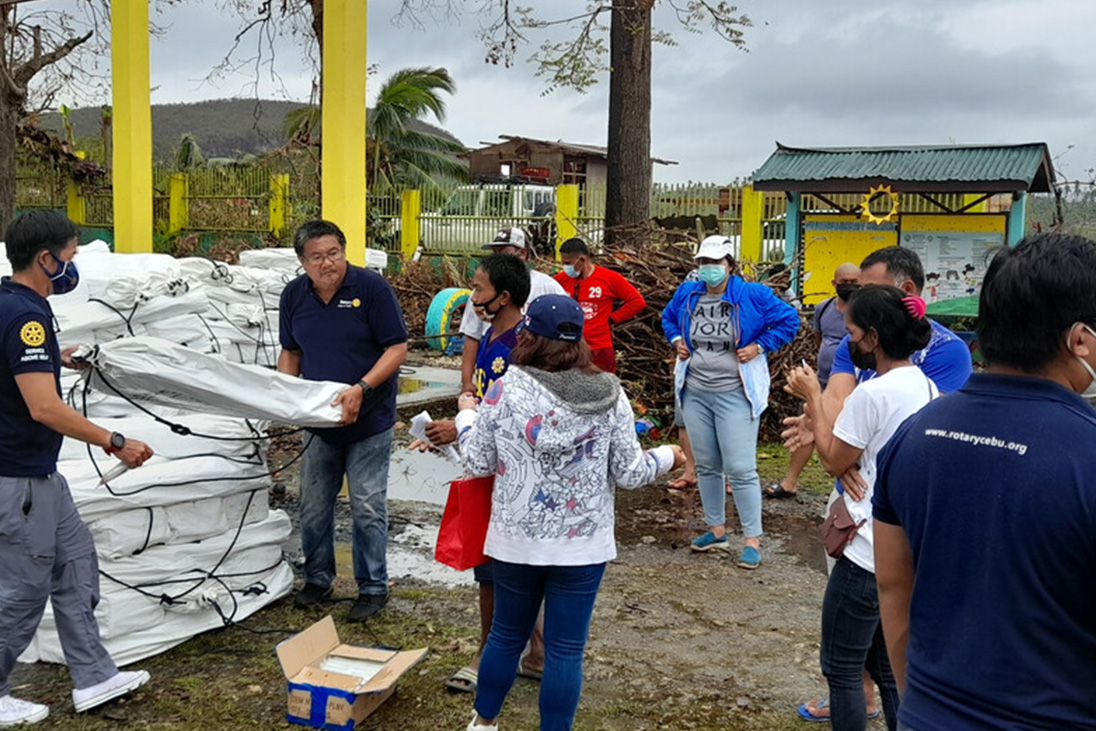 Six months on, communities continue the process of slowly rebuilding their homes with the help of emergency shelter aid from ShelterBox and the local Rotary club.

During this time, the international disaster relief charity is restocking its warehouse in preparation for the next extreme weather event.

Their home was “completely devastated” by the typhoon and they were among those who received aid from ShelterBox.”

The Philippines is pummelled by intense storms so often that ShelterBox pre-positions aid in the country and has a team based there permanently, allowing it to scale up its responses.

ShelterBox was one of the first charities to start distributing aid after Typhoon Rai swept through island communities leaving 1.7 million homes damaged or destroyed.

Local partnerships with Rotary, Humanity and Inclusion, and local governments were crucial to getting ShelterBox aid to some of the hardest-to-reach locations in Cebu and Bohol.

With gusts of up to 240kmph, the storm was equivalent to a Category 5 hurricane. 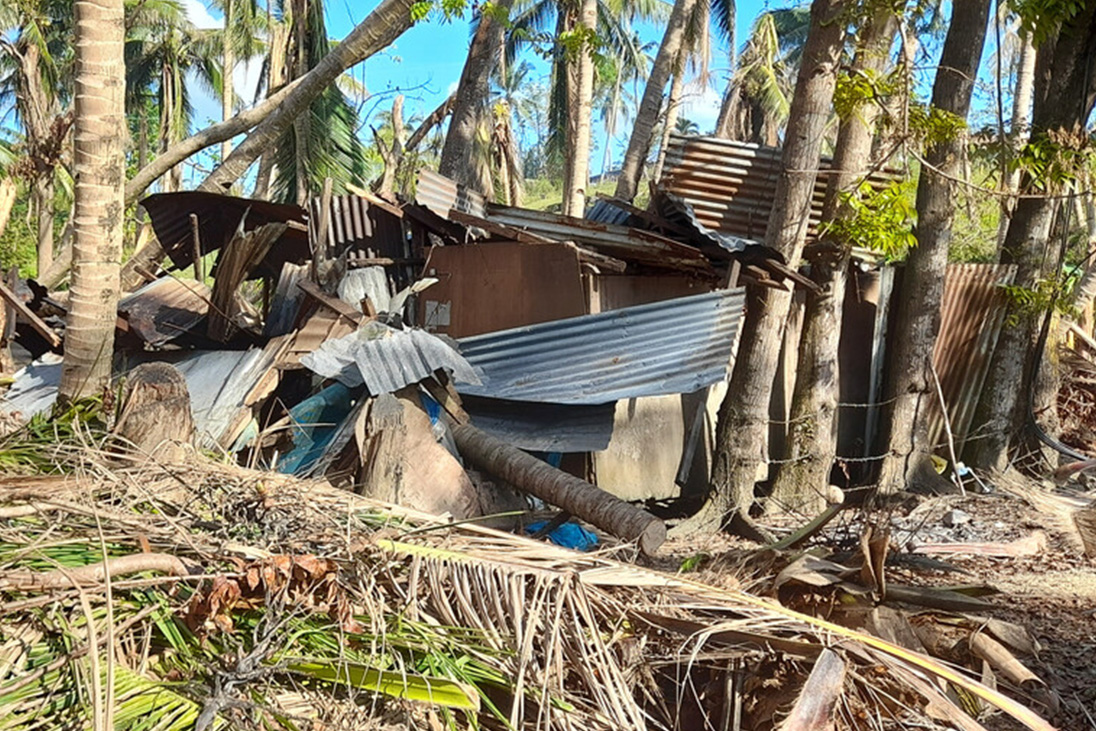 Sibonga was one of the municipalities devastated by the super typhoon

Fearing for their lives, Christy and her young family were able to safely shelter from the typhoon at their friend’s house but when they returned to their own home, they found it flattened.

Christy said: “The very next morning after the typhoon, I was really shocked because everything was destroyed … everything. It [her house] had been crushed by a mango tree and a coconut tree.”

Christy was one of around 100,000 people who received emergency shelter aid from ShelterBox.

During the charity’s latest response in the Philippines, it distributed aid including corrugated iron sheets, hurricane strapping, tarpaulin, rope, and tools.

Local organisations, including the Rotary Club of Cebu, helped ShelterBox with connections to local communities, and suppliers, as well as supporting some of the transportation and distribution of aid.

While many Filipinos salvaged what was left from their houses to recycle and rebuild, that was not possible for Fidela who lives in Sibonga in southern Cebu with her grandson. 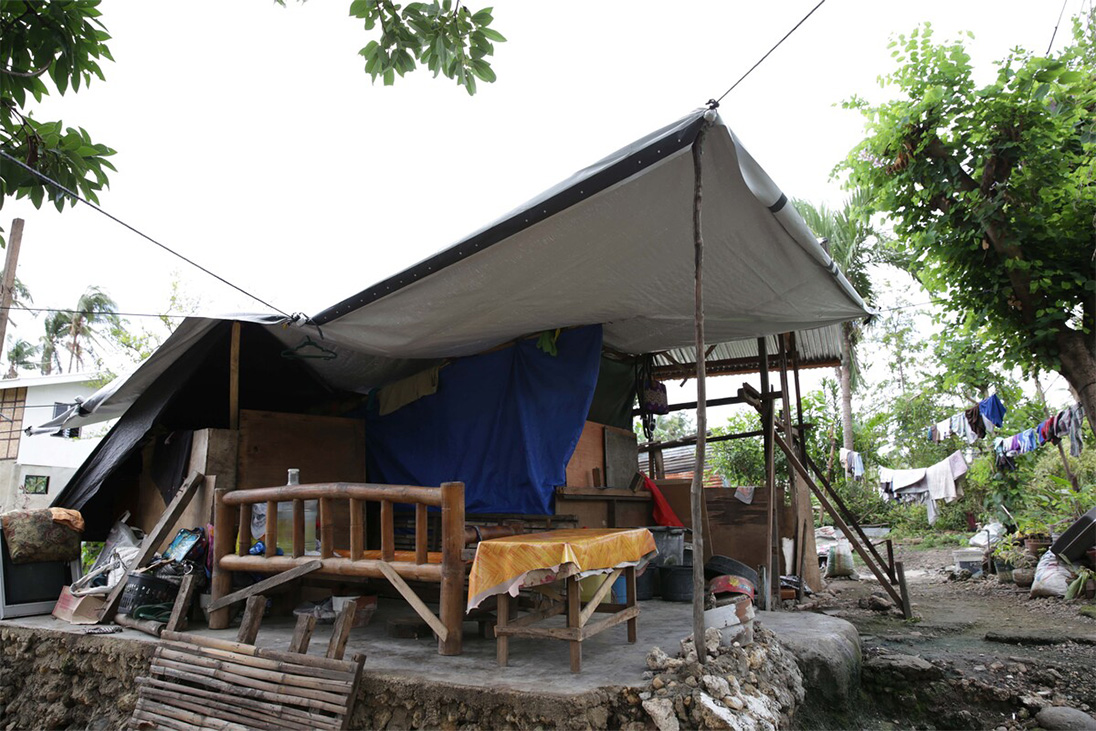 She said: “We were extremely sad, and we could not do anything because it was already destroyed.”

Their home was “completely devastated” by the typhoon and they were among those who received aid from ShelterBox.

She added: “I was happy because we were able to replace the original tarpaulin we used at the time because it had holes in it. It helps because we do not get wet when we sleep.”

As well as helping families stay sheltered from the rain, tarpaulins also provide privacy and help people to protect their belongings.

Monalyn lives in Dalaguete with her husband and two young children. The family has also been able to start rebuilding their family home with the tarpaulin, rope, and nails, they received from ShelterBox.

She says: “We used the tarpaulin immediately the afternoon of receiving it because my husband wanted to move home already to our house.” 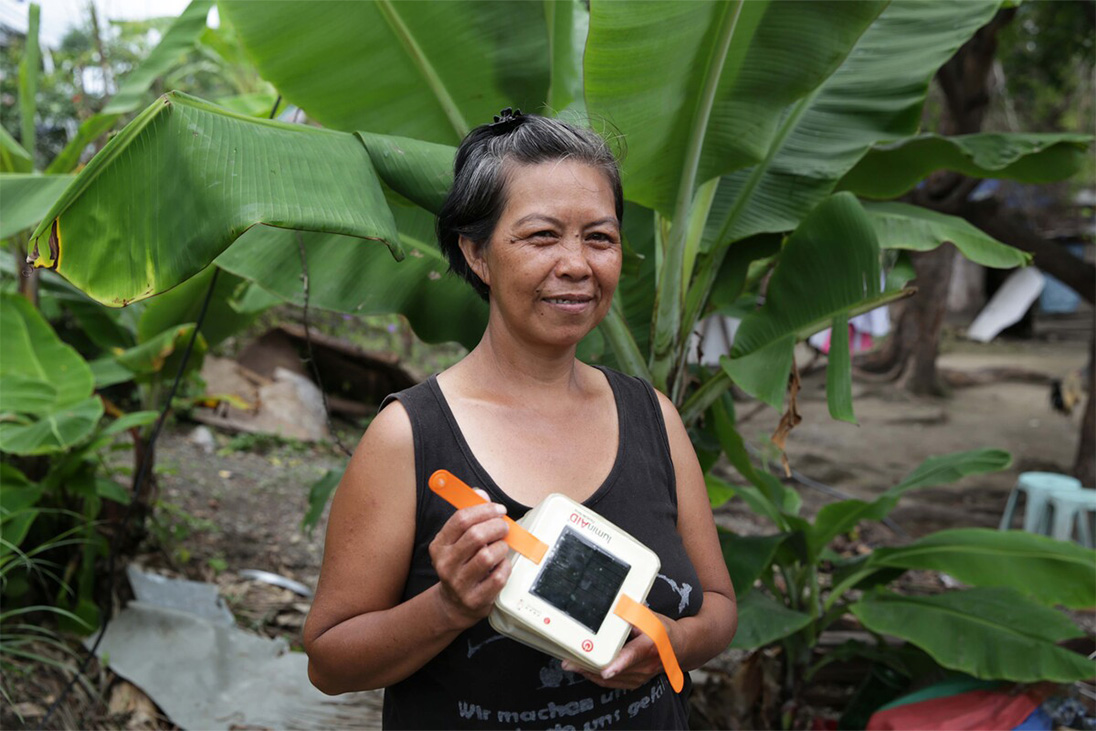 ShelterBox solar lights have been helping families until the electricity supply is restored, which will take at least three months.

Some families also received cash assistance – enabling them to buy building materials and hire skilled labour to construct houses that they hope will be more resilient to the weather.

Dave Ray was one of the ShelterBox response team members deployed in the aftermath of Typhoon Rai.

He said: “Having aid prepositioned in our warehouse in Cebu meant we could respond more quickly and help more people when Typhoon Rai barrelled through the islands.

ShelterBox solar lights have been helping families until the electricity supply is restored, which will take at least three months.”

“We emptied the warehouse with this response, so it is crucial to be able to restock it again so that we are ready to respond to the next disaster.

“Having responded to the country more than thirty times since ShelterBox was founded, we know that given its geography and the changing climate and intensity of storms it is a matter of when not if.

“That’s why we have changed the way we work so that we are better placed to respond and able to get aid to people who need it more quickly.” 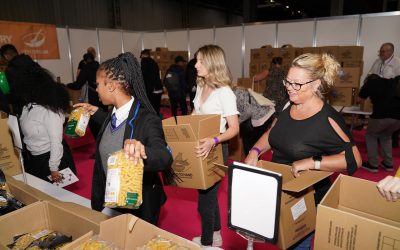