Scottish Rotarian and former policeman, Tom Harrigan, Jalandhar in the Punjab region of India has been like a second home thanks to a project he has organised helping children in the town.

For several years Tom, a member of Coatbridge, Airdrie and Monklands Rotary, and previously a former President of Govan Rotary in Glasgow, has been a regular visitor to Punjab. 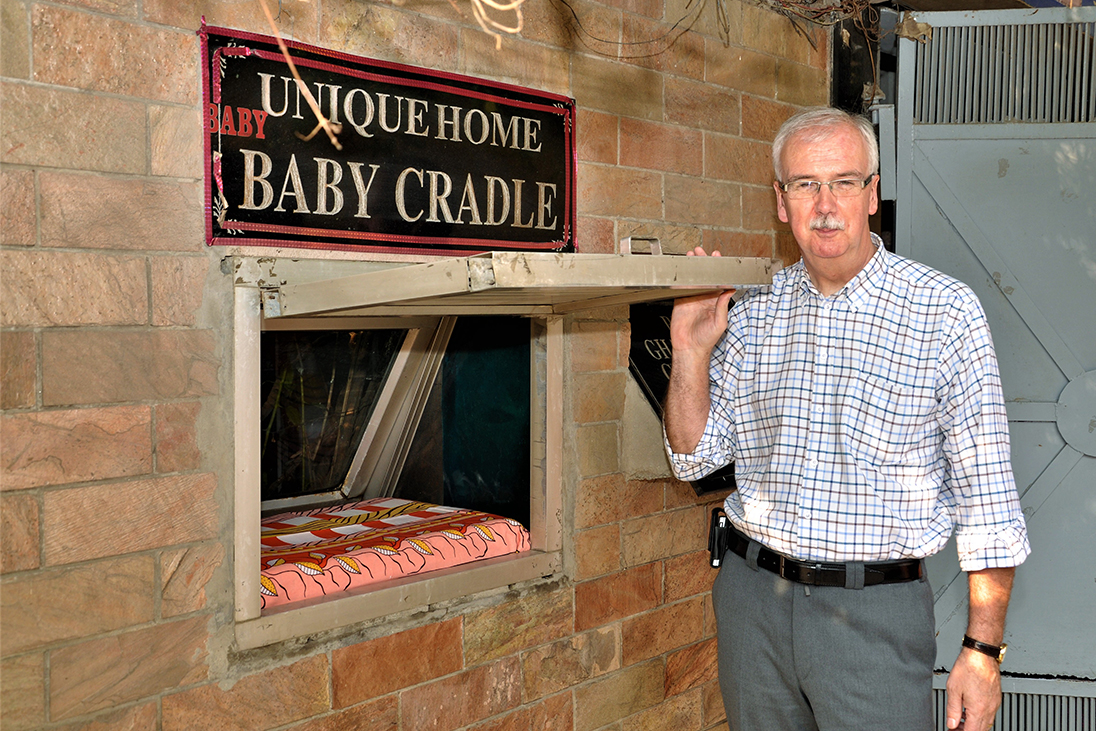 This image shows Tom Harrigan at the Baby Cradle

He first visited the region after attending the Indo-UK Policing Conference in New Delhi in 2002 when Tom and his UK police colleagues were taken to the Unique Home for Girls in Jalandhar City. This is a charity run by the Bhai Ghanayya Ji Charitable Trust which takes care of abandoned, unwanted and orphaned girls.

“This little piece of heaven was situated along a narrow side street in the Taran Wali Gali area of Jalandhar City,” explained Tom. “Little did I realise then the effect this visit would have on my life, which continues to this day.”

Before leaving for Scotland, Tom and his colleagues were shown the foundation works of a large building site where a new, purpose-built home would be built if sufficient funding could be raised.

Tom made a promise to the Managing Trustee of the Charity, Bibi Prakash Kaur, that when he returned to the UK he would begin raising awareness of the home and put together a fund-raising strategy.

Now in her 60s Prakash Kaur, who founded Unique Home for Girls in 1993, was abandoned as a baby herself. After being shunted from one orphanage to another, Prakash eventually ran away to find a new life.

“A few minutes, after leaving the child, an alarm signals to staff inside of the arrival of another unwanted female child.

Her own experiences as a child in these homes had such an adverse that she vowed she would build a home where the girls would thrive and become decent citizens.

Tom attended and spoke at a number of festivals and at places of worship organised by Punjabi communities from across Scotland and northern England.

“I discovered that the majority were unaware of the home’s existence,” he reflected on six hard years of fund-raising when he received donations towards the project, while many UK Indians and their families were also sending donations direct to the home.

As more people and organisations from across the world,  associated with Punjab, learned of the home, donations poured in allowing construction of the new building to be advanced.

In 2009, Tom and Ranjit Thaliwal set up the UK-registered charity, UK Friends of Unique Home (Punjab).

Amazingly, this small charitable organisation has raised in excess of £400,000. The majority has been donated in a phased programme as construction of the new complex and its additional annexes progressed.

In January 2020, all the girls were transferred from the old original home to their newly completed accommodation which was some 21 years in its construction. 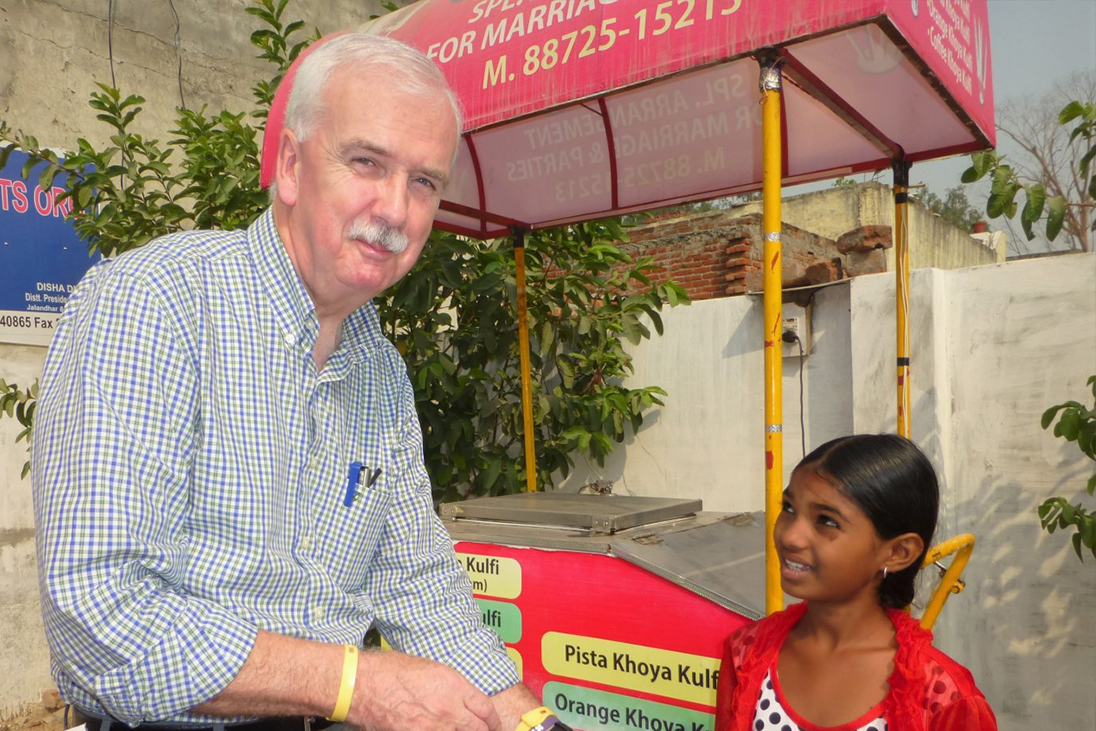 The new complex provides shelter to abandoned, unwanted and orphaned female children. It is home to 80 girls from three months to 18-years-old.

Despite its role in the community caring for vulnerable babies and young children, the home receives no Government funding.

Many of the unwanted children are left in the Baby Cradle, which at the new complex is a stand-alone modern purpose build structure situated at the entry gates.

It was built into the perimeter wall and is, in effect similar, in nature to an old bank night safe.

The person pulls open the hatch, placing the child in the cradle, leaving no means of identity, and then they close the hatch.

“The person then disappears along the lane where the Home is situated,” explained Tom. “A few minutes, after leaving the child, an alarm signals to staff inside of the arrival of another unwanted female child.

“Unfortunately, some of the babies are not so lucky to be placed in the cradle. They are often found by the home’s voluntary outreach workers hidden under bushes, in roadside ditches or even dumped into unused water wells and garbage dumps.

“All of the children are given a home where they are provided with the basic necessities, as well as education in recognised schools, colleges and other higher education establishments.

“Thankfully, when the girls are discovered and brought to the home, they receive immediate medical attention or, if injured, taken directly to hospital, with the home paying for their treatment.”

Tom explained that all of the children are given a home where they are provided with the basic necessities as well as education in recognised schools, colleges and other higher education establishments.

Some girls eventually chose to live and provide their services voluntarily to the home/ in appreciation of their upbringing.

Two of the older girls from the Home recently graduated from universities in India and UK.

Presently, the home is looking to purchase adjacent land to prevent the building of other complexes which will overlook the Home and infringe on the privacy and security of the girls. Funding will be provided by UK Friends of Unique Home (Punjab)

In the meantime, the girls can enjoy an enclosed and safe environment, where they can go out to play within the grounds of the new complex. They also enjoy the new accommodation suites and modern facilities. 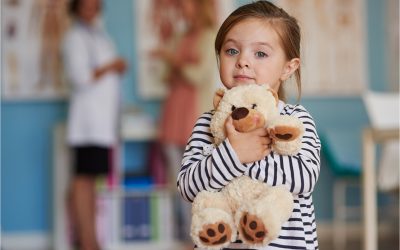 Rotary Clubs across the UK have been busy making Christmas better for children that would otherwise go without and supporting cancer research to provide better opportunities for everyone. 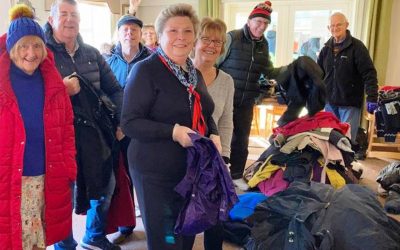 A campaign that started in London more than 10 years ago and to date has provided more than 180,000 donated winter coats nationally for those vulnerable and living on our streets has, once again, been supported by Rotary clubs across the UK. 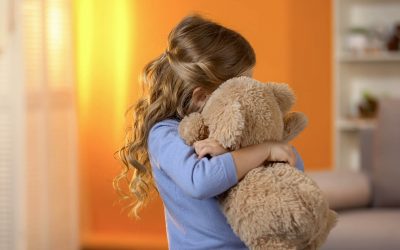 Rotary clubs joined forces in their hundreds to bring some festive joy to children in refuges in collaboration with the charity, KidsOut.