The eradication of Polio is a battle in which Rotary has been on the frontline of for decades. Since Rotary began campaigning and raising awareness about the disease, polio rates have decreased by 99.9%.

The following individuals have played a huge part in this achievement through their campaigning and fundraising, and are winners of, the People of Action Polio Award’ awarded by Rotary Great Britain and Ireland.

Sadly, the polio vaccine arrived too late for Colin, after contracting the disease when he was a baby, and having to fight for everything. But this hasn’t stopped him. Colin has been a huge advocate of the End Polio Now campaign over the past 10 years. He is determined that no child born today will have to suffer the effects of this cruel disease.

Knowing first-hand the impact polio can have, Colin has conveyed his story through numerous speeches during conferences and assemblies. Being a motivational speaker, he is able to convey his message to audiences in such a powerful way in order to make a lasting impact on his listeners.

Colin is a Purple4Polio Ambassador, and also Rotary Liaison Ambassador for the British Polio Fellowship.

Jo Gower has been a supporter and champion of the polio cause since she joined Winslow Rotary Club over six years ago.

During her time as Club President in 2018, she was determined to involve herself within a polio event somewhere in the world, and eventually decided to take part in the National Immunisation Day in India. This resulted in Jo leading a small team from Winslow Rotary Club to Amritsar, close to the India-Pakistan border.

Jo continues to champion the polio cause within her local community by organising numerous fundraising events such as the Purple4Polio Tea Party, as well as competitions and sporting events, all to raise awareness and funding for the fight to eradicate polio.

Lytham Rotary Club has been recognised for their efforts to raise money and awareness for eradicating polio. The club worked with a local supplier, Sandgrown Spirits, and came up with the idea of creating and distributing a purple craft gin, named ‘Passionately Purple’ aligning with Rotary’s Purple4Polio campaign.

The club worked extremely hard promoting the cause, with sales of the gin surpassing over 1,000 bottles, raising thousands of pounds which can provide potentially life-saving vaccinations for children.

The Passionately Purple Gin is one of many innovative projects Rotary clubs have put into action to support the fight against polio. 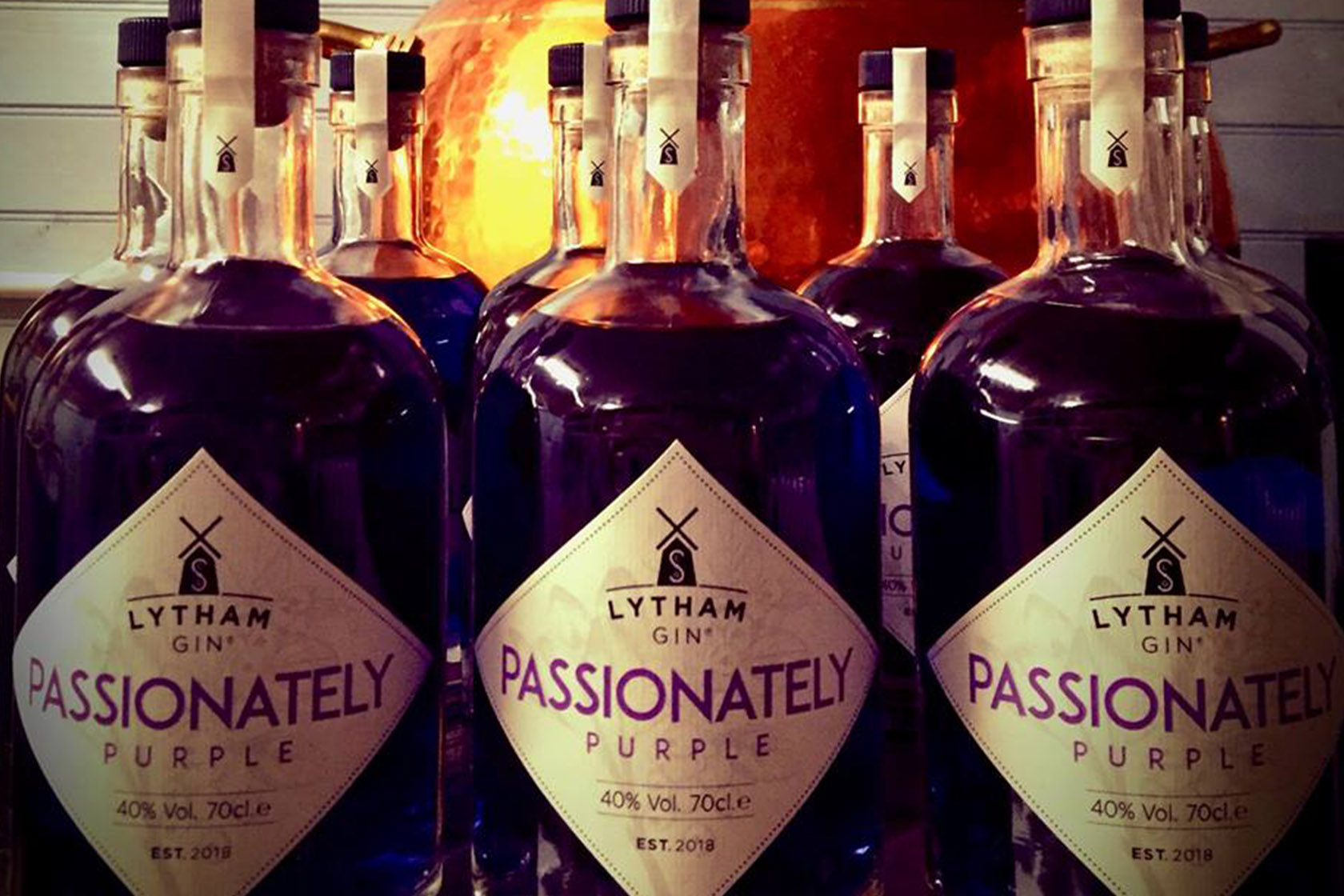 Romsey Test Rotary Club has been given a People of Action Polio Award for their mass crocus corm planting in the Sir Harold Hillier Gardens, a beautiful and expansive public garden. The planting of the crocus corms helped raise awareness of the End Polio Now campaign in the area.

Initially 250,000 purple crocuses were planted in an open area, easy for the public to see, adding a splash of colour to the gardens in early 2019. The gardens are popular all year round, but the addition of the crocus planting marks the transition from the Winter Gardens to the Century Gardens.

In addition to planting crocus corms, the club also organised the Main Tower at Romsey Abbey to be illuminated in purple light.