Rotary bringing smiles to every generation

Rotary bringing smiles to every generation

From a children’s football tournament returning after COVID-19 restrictions to a Rotarian being recognised for 50 years of membership, Rotary is giving people of every age a reason to smile.

After a prolonged hiatus due to the COVID-19 pandemic, the Birmingham club Wylde Green Rotary were finally able to hold their football competition for local primary school children again.

This is the 9th year that Wylde Green Rotary have ran this competition at Sutton Coldfield Football Club and plenty of Rotarians turned out to support an entertaining evening of football.

15 teams took part from 11 schools and, after a very close final, Hill West B were crowned champions and were presented with their trophies and certificates by Wylde Green Rotary President Dick Elston.

Over in Leicestershire, Lutterworth Rotary Club were delighted to donate £1,000 to Smile Train UK – the international children’s cleft charity.

Cleft lip and palate is the most common facial difference in the UK, with a baby being born with a cleft every three minutes. Without cleft surgery, more than 90% of these children will die by the age of 20 if they do not receive treatment. 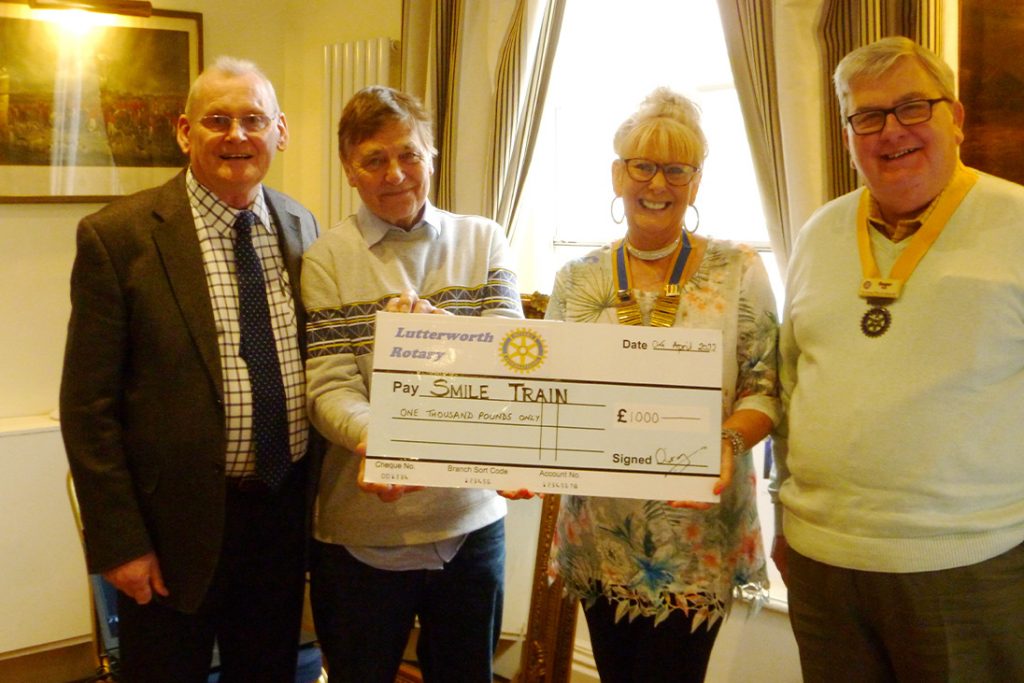 Lutterworth Rotary presenting a cheque for £1,000 to Peter James of Summer Train UK.

To tackle this worldwide issue, Smile Train uses a sustainable ‘Teach a Man to Fish’, model, which empowers local healthcare professionals with the knowledge, skills and training that is needed to treat babies and children with cleft in their local communities.

A cheque was presented to Peter James who received it on behalf of Smile Train UK after giving a presentation on the work undertaken by Smile Train across the world.

Peter told the Club that Ian Vallance, Director of Smile Train UK said: “Thousands of children are born with clefts, with many experiencing problems with eating, speaking, hearing and breathing – they can also be ostracised from their communities for being ‘different’.

“All monies raised will make an enormous difference to children globally.

“We are absolutely delighted with the outcome and would like to say a huge thank you to everyone who donated money in support.”

Peter also commented: “I have supported Smile Train for many years and have been lucky enough to witness their incredible work first-hand in partner hospitals across the world – most recently Brazil at the end of 2019.

“The money raised by the Lutterworth Rotary Club will mean that children who live thousands of miles away can receive free cleft surgery and comprehensive cleft care – giving them forever smiles.” 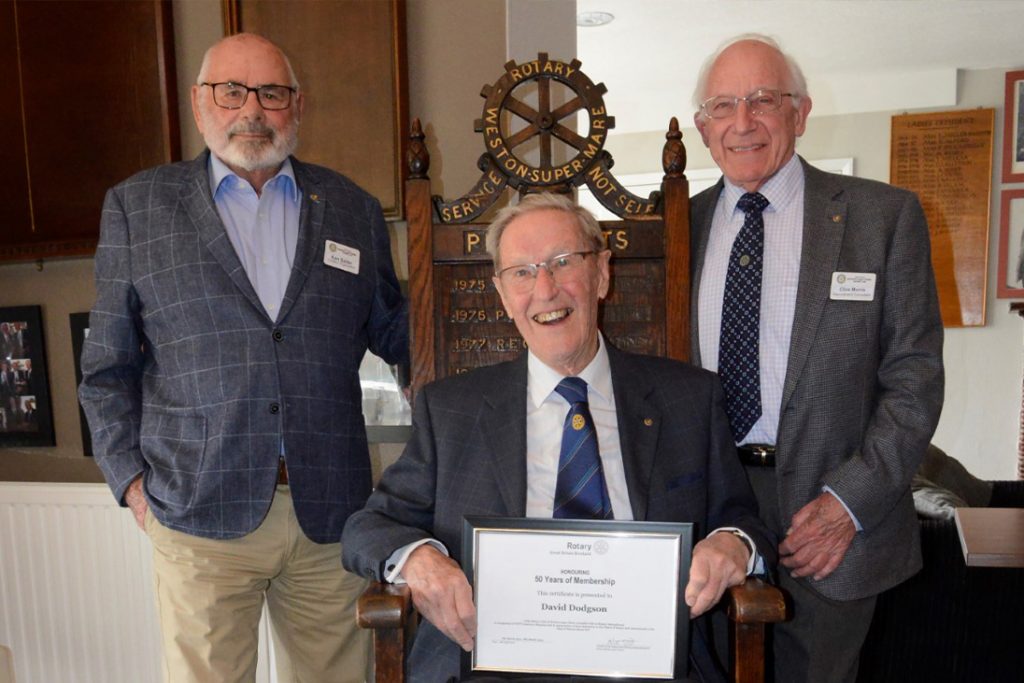 David joined Rotary back in 1972 when the average wage for a manual worker was £34.93 per week and only 42% of UK households had a telephone!

Weston-super-Mare Rotary will have its own celebrations this year when they mark their centenary which will make them one of the oldest Rotary clubs in the South West. 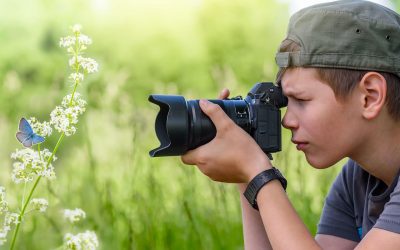 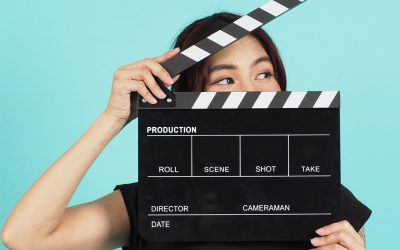 Participants of the 2021/22 Rotary Young Filmmaker were faced with the theme of ‘Environment’ to be their muse. Here are the winning movies. 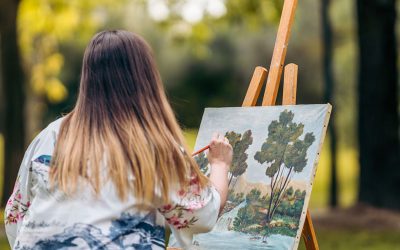 Participants of the 2021/22 Rotary Young Artist were faced with the theme of ‘Colours of Nature’, here are the three winners!