Every year World Polio Day provides an opportunity for everyone involved with polio eradication to focus on the global efforts towards a polio-free world.

Rotary across the globe has been at the forefront of the initiative since the pioneering campaign to fully eradicate polio was launched in 1985. This led to the formation of the Global Polio Eradication Initiative in 1988, where Rotary joined with other organisations to drastically increasing the impact.

Polio, also known as Poliomyelitis, is a highly infectious disease that most commonly affects children under the age of five, in some cases permanently paralysing the patient.

There is no cure for the virus, however, there is a highly effective vaccine, which, with the help of Rotary has saved millions of lives worldwide.

Once a child is vaccinated they have their pinky finger marked with purple ink, which is why the colour purple is used to light up buildings as well as the purple flower corms planted.

Rotary members together with their communities celebrated the special day in a variety of ways.

From lighting buildings up in a purple hue to planting crocus corms in their local gardens, some walked a mile and others had more creative ways to raise funds and awareness for the cause.

It’s #WorldPolioDay2022 1940/50s, polio paralysed & kill over 500,000 people worldwide every year. Surviving paralytic polio can be a life-changing experience of permanently physically disabled. Thanks to Rotary for continued fight to read it it @EndPolioNow @eveconway @Purple4P pic.twitter.com/oXLQE1FH3U

The programme focuses on zero-dose children, member projects, and the importance of female healthcare workers.

Huge thanks to the team of 20 local residents & passers by who helped @ClimateIlkley plant the final 1500 purple crocus bulbs on South Bank. Thanks to @RotaryGBI for donating the bulbs thro’ their campaign to help eradicate polio. #biodiversity #WorldPolioDay #NatureConnection pic.twitter.com/rZbn5GAlyH

Year 6s were asked by #CheadleRoyalRotaryClub @Rotary @RotaryGBI to help plant #purple #crocuses @StMarysCheadle as part of their program focusing on getting children vaccinated against #Polio all around the world 🌎 We were honoured to help! #WorldPolioDay #EndPolio pic.twitter.com/GtuE8hE34f

Rutland Rotary Club, East Midlands, has bought hundreds of Crocus Corms to support Purple4Polio to raise funds to continue the fight against this disease.

The corms will be planted at the Greetham Golf Club and in the town of Oakham. The local church also glowed purple for the night.

The Peterborough Ortons Rotary lit up the city’s historic Guildhall built in 1671 in Purple to mark World Polio Day. 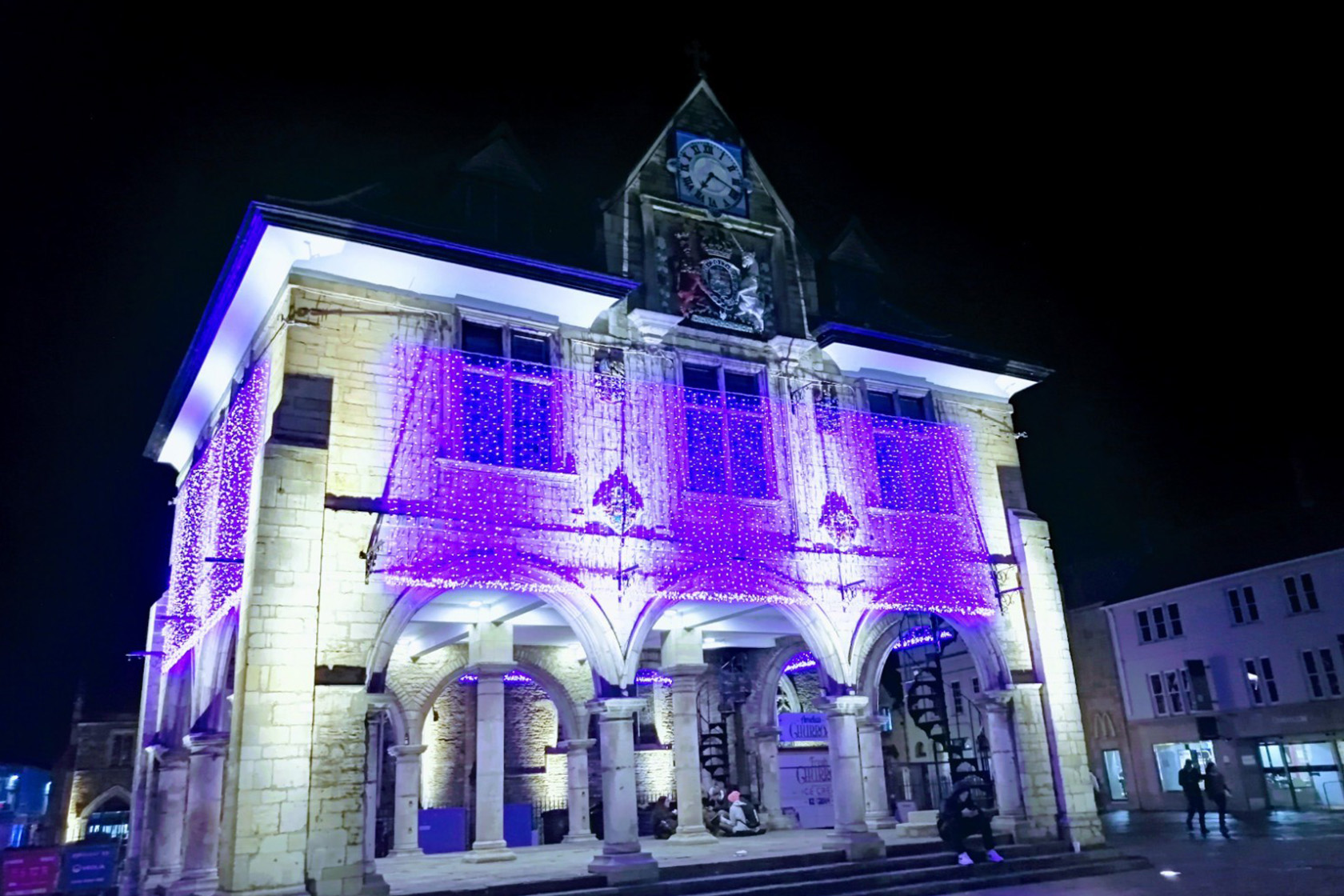 Peterborough Guildhall lit up by Peterborough Ortons. The building is the city’s historic hall built in 1671.

Rotary in Gravesham with Ebbsfleet in Kent has once again lit the Gravesend’s clock tower in a purple hue.

The event was even more significant this year due to the discoveries of polio in the London sewers earlier this year.

Rotary in the NorthEast also lit up landmarks around Sunderland in purple.

Aren’t they just brilliant? And raising awareness too @endpolionow https://t.co/yM4hSMJ1Qa

Thanks also to ⁦@IrishRail⁩ and Councillor ⁦@FrankieKeena⁩ ⁦⁦@athloneie⁩ for helping ⁦@RotaryGBI⁩ & ⁦@Rotary⁩ to celebrate World End Polio Now day. Its a success story that involved much hard work by many volunteers over decades. pic.twitter.com/tYWFlJc3Ji

Last October did you see the Albert Clock Tower Memorial in the Square illuminated with purple light?

Yes that was us, and we will be doing It again on Sunday 23 October from 7pm, as a symbol of our worldwide campaign to eradicate polio. pic.twitter.com/3I7OxFD2ob

Cockermouth Rotary Club, in Cumbria, has raised well over £500 to date for End Polio Now.

The club also organised a ‘Walk a Mile for Polio’ which was hosted on Sunday the 23rd and involved about 20 people from the local community. 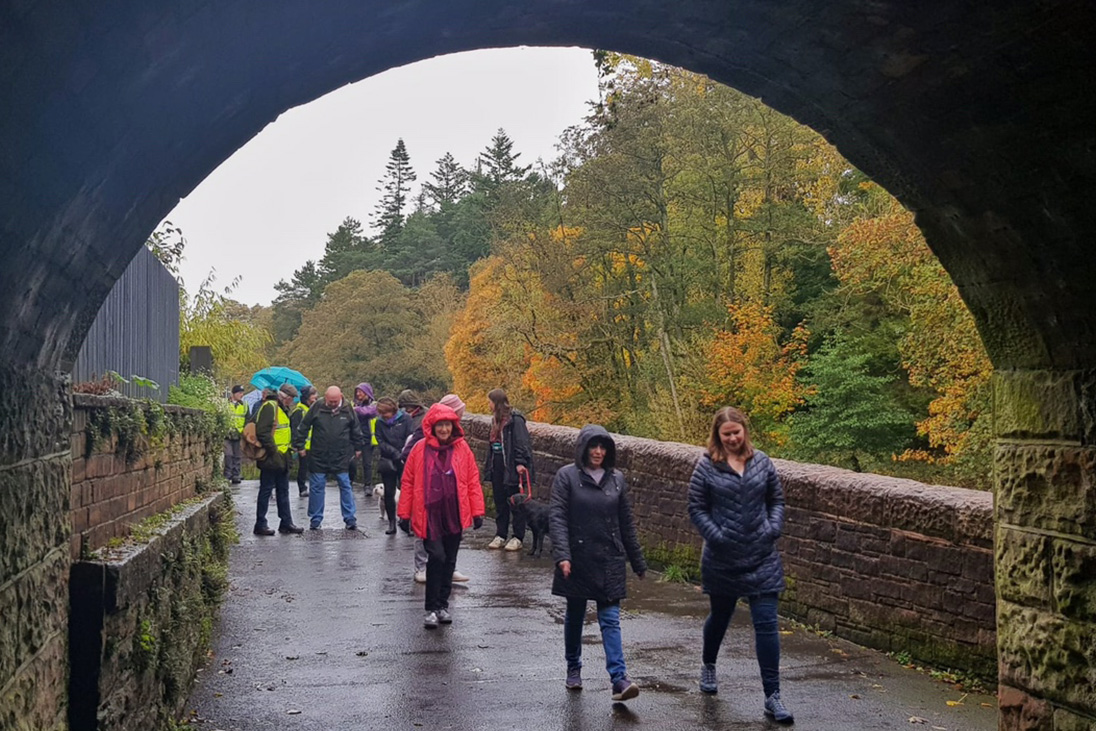 Rotarians together with some non-members completing the sponsored Walk A Mile event.

Sheffield Rotarians and their families also joined in on World Polio Day and organised a sponsored walk which took place crossing Millhouses Park and through the Ecclesall Woods.

Yesterday on #WorldPolioDay, and as part of Rotary’s #EndPolioNow campaign, a number of our Rotarians and their families took part in a sponsored walk through Millhouses Park and Ecclesall Woods. pic.twitter.com/zruQPz6eOT

(1/2)Feeling peckish? How about some blueberry toast? Or barley stuffed aubergines? Or some Parma violet & lemon drizzle cake? Want recipes for these & many more? For FREE. No catch. (Though we would be delighted if you donated to support Rotary’s efforts to eradicate polio) 😋💜 pic.twitter.com/MkfnY9qg7D

Rotary clubs around the globe have joined in celebrations of the annual event spreading global awareness.

On #WorldPolioDay, I joined with @Rotary 🌍 to #EndPolio campaign . Together, we can make the polio-free World . My SandArt at Puri beach in India. pic.twitter.com/tppXzfO4pe

This #WorldPolioDay, join the youth and ambassadors from @Rotary and UNICEF in sending out an urgent call to make immunization for children a top priority everywhere 👇

UNICEF and partners have supported the Ministry of Health in vaccinating over 2500 children against polio in the past two months in the county. 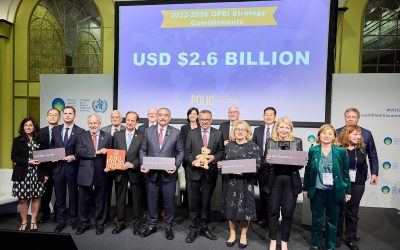 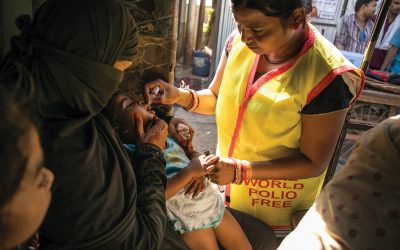 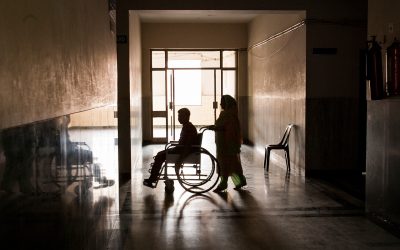