Rotarians went Purple4Polio for Rotary’s End Polio Now campaign as they took to the streets of London for the Lord Mayor’s Show, the world’s oldest unrehearsed procession that dates back to the early 13th century.

Dancing along to the music, dressed in purple, Rotary members had a prime position at the start of the parade.

Rotary’s float was number 12 in the procession of 128 floats and received a rapturous response from the crowd as well as fellow parade-goers. 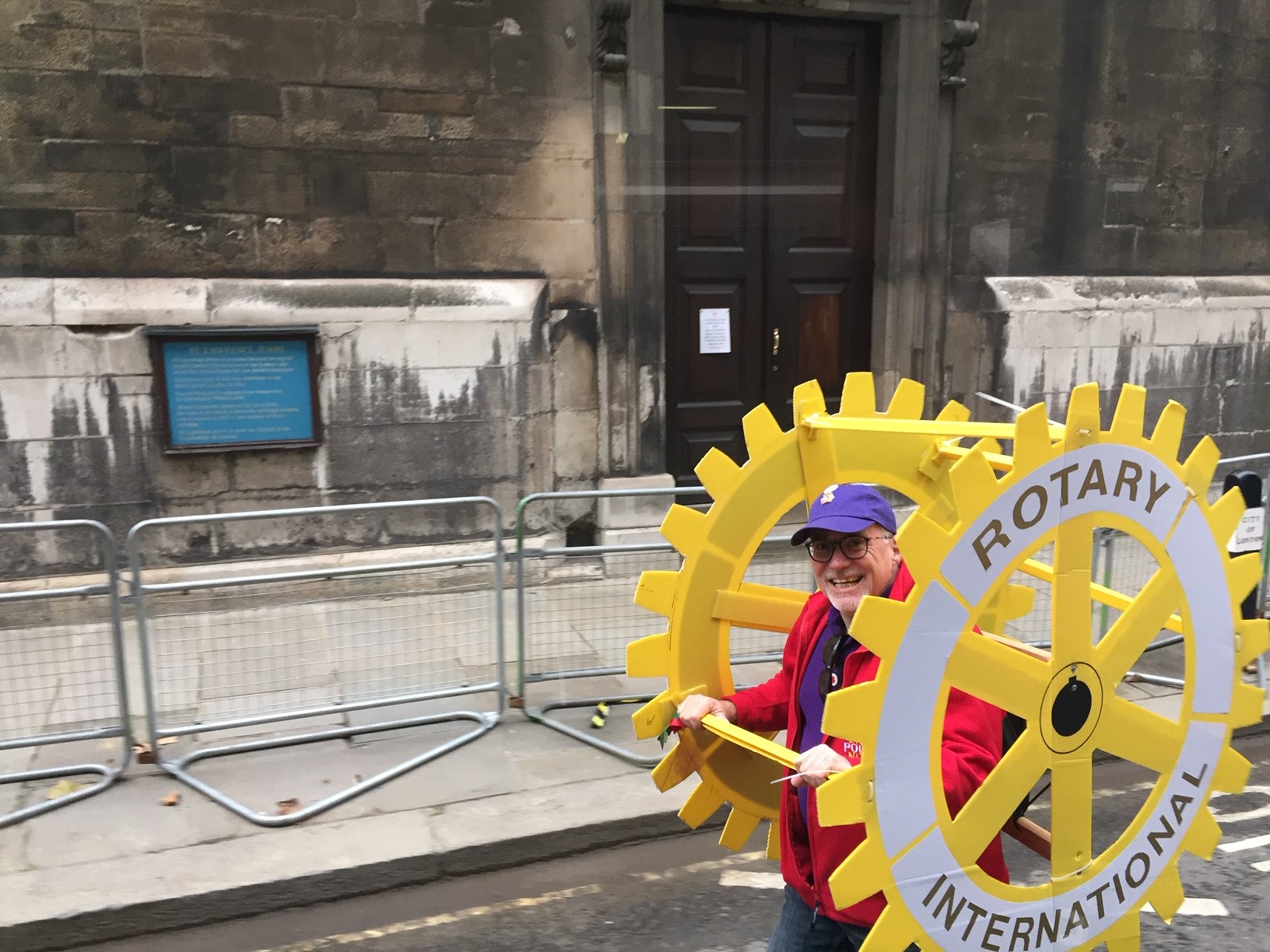 Rotarians went “Purple4Polio” in the parade to mark the fact that we have never been closer to making history and achieving Rotary’s goal of a polio-free world.

There have been just four cases of wild poliovirus worldwide this year in only two countries, one in Pakistan and three in Afghanistan.

This compares to a thousand cases of polio a day in 125 countries when Rotary started its campaign to rid the world of polio in 1985.

Working with partners in the Global Polio Eradication Initiative, cases have been cut by 99.99 per cent.

Dancing along to the music, dressed in purple, Rotary members had a prime position at the start of the parade.”

She said: “Taking part in the Lord Mayor’s Show is a great way of publicising Rotary and celebrating our campaign to eradicate polio with the good news that we are getting nearer to our goal of a polio-free world.  We started the campaign and need to finish the job and End Polio Now and forever.”

The Rotary “Purple4Polio” campaign is so-called because purple is the colour of the dye placed on the little finger on the left hand of a child to show that they have been immunised against polio. 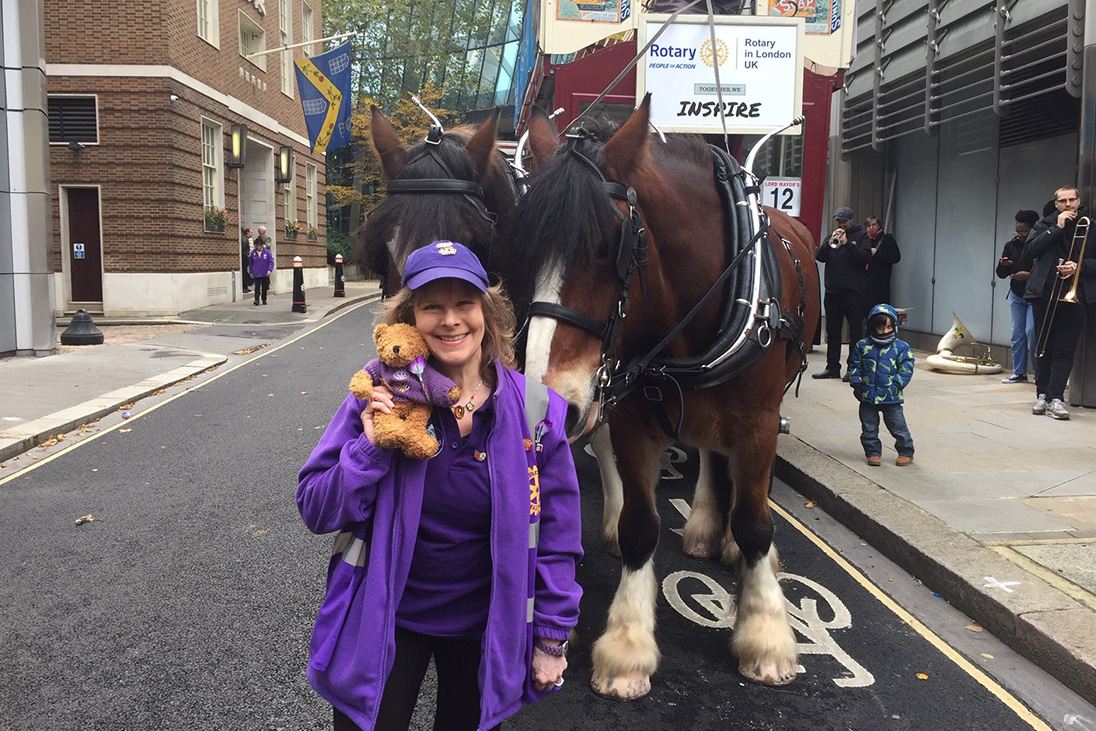 Rotary in London is supporting World Heart Beat Music Academy, based in Wandsworth, providing music tuition and performance for young people aged 5 to 25 years, many of whom are from disadvantaged backgrounds.

This is one of only 3 Knifeboards to survive into preservation.  Horse buses were a common sight in London between 1829 and 1911 when horse buses were replaced by motor buses.

Rotary’s entry in the Lord Mayor’s Show was thanks to sponsorship from a London Rotarian.