Once destined for a Rotary project in Uganda, the power of social media has enabled another project in the Philippines to benefit with a fresh supply of school uniforms.

The power of networking and social media has helped Rotary to support two valuable projects in various parts of the world.

Jane spoke about the need for school uniforms in the Philippines, after major fires in the country had destroyed everything.

Manila’s tinderbox slums provide an endless battle for firefighters, with more than 2,200 fires in the first six months of this year alone.

Coincidentally, David Hartley from Rotary Maghull and Aughton in Merseyside heard Jane’s speech which he shared on Facebook.

This post was picked up by another Rotarian, Liz Tonge, who is a trustee of the Ugandan-based charity, Pearl of Africa Child Care.

Her husband, Dave, had just been given four boxes of brand new uniforms from a supplier, which could not be sold because of the school changing their emblem.

The uniforms will be given to the children living in the shanty towns who have nothing as a result of the fires which destroyed their homes.

“Unfortunately, the colours weren’t suitable for us to take, so the uniforms were sitting in a garage,” explained Liz, who is a member of Rotary Ormskirk Clocktower in West Lancashire.

“To cut a long story short, I saw the Facebook post, contacted David Hartley, who spoke to Jane as she left the stage in Southport. I contact Jane and it was decided the uniforms could be used.

“The problem was how to get them to Southampton. Again, Facebook came to the rescue. I put out an appeal, and a friend of a friend got in touch to say he was moving house from Southport to Southampton and could squeeze the boxes on to the van.”

The happy ending is that the uniforms are now safely stored in a shipping container ready for dispatch to the Philippines.

They will be given to the children living in the shanty towns there who have nothing as a result of the fires which destroyed their homes.

As for Liz’s charity, she is due to head out to Uganda in February with a team set on improving the lives of 250 orphans.

They work with the Molly and Paul Childcare Foundation on the outskirts of Kampala, and they have successfully applied for a District Grant to replace the roof of a primary school run by the Foundation.

“Following successful fund-raising and interest from fellow Rotarians and supporters, a group of eight of us travelled to Uganda earlier this year to undertake building work at the school,” added Liz.

“A second group of us are returning this February to continue improving the homes of the orphans. It was this trip that the uniforms were originally donated for, but we can’t take them.”

Find out more by visiting the Pearl of Africa and Purple Community Fund websites.

Make a difference in the world

Get involved with Rotary and transform communities at home and abroad 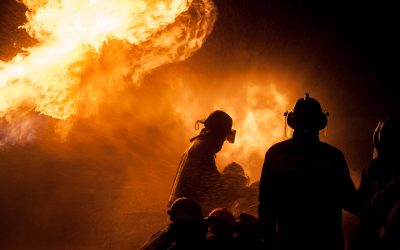