The Rotary International theme for 2019-20 is ‘Rotary Connects the World’, and here are two stories of how Rotary makes those connections in our local areas, and across the world.

From Ireland to Australia, Anton Richardson is determined to keep Rotary in the family.

Forty years ago, in April 1979, Anton’s father, Dr Anthony Richardson, became the charter president of the Rotary Club of Kilkenny, the first Rotary club to be formed in that region of Ireland.

For his dedication of many years to Rotary, Dr Richardson was awarded a Paul Harris Fellow by club members.

Sadly, Dr Richardson died in 2018, and the Richardson family were very grateful to the members of the Rotary Club of Kilkenny, who formed a guard of honour at the funeral at St Canice’s Cathedral in Kilkenny.

Earlier this year, the club celebrated its 40th birthday with a gala dinner at Kilkenny Castle on May 4, 2019.

Dr Richardson’s son, Anton, having migrated to Australia, celebrated his late father’s club anniversary by becoming a member of the newly chartered Rotary Club of Varsity Lakes in Queensland.

In honour of his father, he also donated $1,000 to the club to support the purchase of a ROTEM machine for Robina Hospital on the Gold Coast.

Now, to complete the Rotary circle Anton, a family lawyer, is set to be president of the Rotary Club of Varsity Lakes next year.

He says he intends to carry on the Rotary tradition of his father, who was so dedicated to Rotary on the other side of the world.

Anton is a living example of how Rotary connects the world!

The pair both attended school at Elgin Academy in Scotland at the same time. It is the biggest school in Moray and dates back to the Middle Ages.

James and Margaret went their own ways after leaving school, and yet ironically both found themselves spending their working lives with the Bank of Scotland for many years.

And both also found Rotary. Now, to complete the circle, Margaret is this year’s President of Elgin Rotary, while 40 miles down the A96 in Inverness, James is serving as President of Inverness Culloden.

“Both clubs are very proactive,” said James. “I think this is a highly unusual occurrence, but nevertheless a happy one.

“It’s a nice story, and furthers a desire is to continue making the public aware of what Rotary can do and foster relations in the communities we serve.”

Inverness Culloden Rotary raised and donated £500 to The Oxygen Works. Built by the MS Therapy Centre, The Oxygen Works is not funded by the NHS and relies on donations. It provides various treatments and serves as a hub in the Highlands for people to meet.

James Milton said: “We are delighted to present this cheque for £500 to The Oxygen Works, we have, over the years had a number of good causes that we have raised money for and none more deserving than The Oxygen Works.

At Elgin Rotary, the club has been actively involved with the Christmas Shoebox Scheme, working closely with their RotaKids clubs.”

“The benefits that people receive from the use of the centre are there for all to see and we are delighted to be involved in raising money for this good cause.

“The centre needs to raise more money so that in the coming years it can improve the facilities and the services that they offer, hopefully our donation is a stepping stone on the road to raising all the funding they need for the future.”

At Elgin Rotary, the club has been actively involved with the Christmas Shoebox Scheme, working closely with their RotaKids clubs, and at four schools in the city; Bishopmill, Mosstowie, Knockando and New Elgin.

They have sent 494 boxes to be distributed to Cluj Napoca in north-west Romania where they will be distributed by Cluj Samus Rotary Club and the Spurgeons charity to families and children where there is poverty.

They are doing this through Hope & Homes for Children, and also the Prison Fellowship, where boxes will be delivered to children whose parent is in prison. 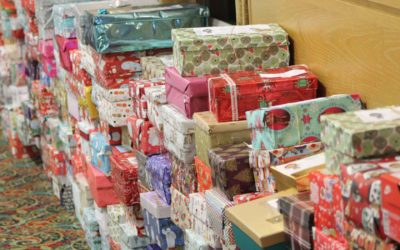 The Rotary Shoebox Scheme has been running for more than 25 years bringing festive cheer to children who would otherwise face a miserable Christmas. Poole Bay Rotary are one of many clubs across Great Britain & Ireland who have been taking part in the scheme.

The Himalayan kingdom of Bhutan is 5,000 miles away from Great Britain & Ireland, and next year it will be hosting a Rotary conference which is looking to appeal to Rotarians from these isles. 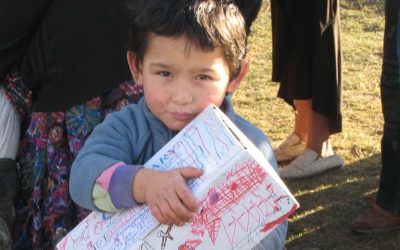 Get involved in the Rotary Shoebox Scheme

The Rotary Shoebox Scheme has been operating for 25 years and in that time has delivered one million boxes to Eastern Europe.

The Himalayan kingdom of Bhutan is 5,000 miles away from Great Britain &...
International