Outgoing Prime Minister, Theresa May, used her final Prime Minister’s Questions to pay tribute to the work of Rotary International in its fight against polio.

Theresa May yesterday left Downing Street for the last time after three years as Prime Minister.

And during a lengthy 63-minutes at the dispatch box for Prime Minister’s Questions in the House of Commons, the Maidenhead MP also paid tribute to her fellow constituent, Judith Diment, who is Chair of the Polio Eradication Advocacy Task Force.

Alistair Burt, the Conservative MP for Bedfordshire North East, and a former Middle East and International Development Minister used the opportunity to ask Theresa May about polio and Rotary’s part in eradicating the disease from the face of the earth.

He said: “Can I thank my Right Honourable Friend for her work supporting and overseeing the health programme which the United Kingdom delivers overseas, particularly vaccination, and most notably polio eradication vaccination for which she has herself  been internationally recognised, and which has saved and safeguarded millions of children’s lives across the world.

“Does she agree with me that the need to combat misinformation about vaccination is now perhaps as important as it ever has been? And would she, in her memo to her successor, note the importance of this programme and also the continuing need for a self-standing Department for International Development?”

The Prime Minister endorsed Alistair Burt’s comments, adding: “My Right Honourable Friend’s reference about the work on polio enables me to congratulate and commend the work done by my constituent, Judith Diment, with Rotary International in their work against polio.

“It is important that we do combat the disinformation about vaccinations, and ensure that people are willing to have those vaccinations which will change their lives and which will ensure they can lead healthy lives, rather than succumbing to diseases and conditions that can have an impact on their lives.

Theresa May’s comments come against a backdrop in Pakistan where three polio vaccinators and guards have recently been killed, and where there have been incidents of misinformation being spread about vaccinations.

Vaccination campaigns have faced opposition from militant groups in the country. This has halted efforts to finally eradicate polio from the three remaining outposts of Pakistan, Afghanistan and Nigeria.

I congratulate and commend the work done by my constituent, Judith Diment, with Rotary International in their work against polio.”

Polio workers, volunteers and their guards are frequently being targeted in Pakistan during the vaccination campaigns. Islamist militants and hard-line clerics say the vaccination drive is a foreign plot to sterilise Muslim children and a cover for western spies, according to a report in the New York Times. 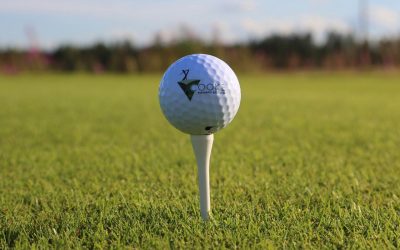