For Father’s Day this year, many people got on their bikes for the Rotary Ride – some moving and some static – to raise money for prostate cancer.

Rotary clubs across the isles came up with some creative ways of fundraising for the annual Rotary Ride.

The June event has so far raised £17,797 based on returns from 12 clubs who took part. A total of 22 Rotary clubs in Great Britain took part in organised fundraisers, with the money going to support prostate cancer charities.

According to Prostate Cancer UK, one in eight men will get prostate cancer in their lifetime.

They set up exercise bikes and a rowing machine to row/cycle the equivalent distance of Chard to Helmstedt in Germany, which is Chard’s twin town. The public was invited to take part to tackle the distance of 765 miles, including 31 miles of rowing.  In Helmstedt, another team were tackling the same challenge.

A new member, James Peagram, cycled from John O’Groats to Canvey Island. His arrival coincided with the Canvey Carnival. The distance cycled was 381 miles.

Rotarian Colin Timms sat on his exercise bike at his home in Devon.

In 2006, Colin was diagnosed with prostate cancer and immediately received treatment.

The disease has spread to other parts of Colin’s body but the condition is carefully managed by hormone treatment.

However, he was determined to support the charity which helped him by riding his static bike twice a week in the weeks leading up to Rotary Ride on June 15th. 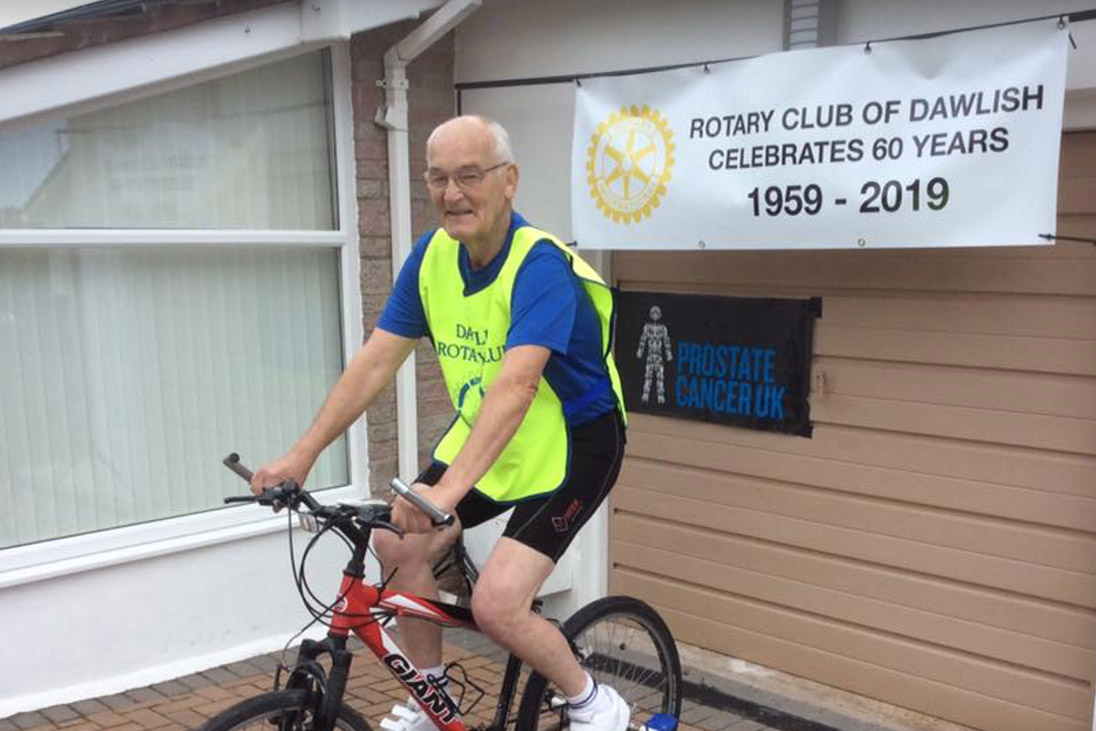 Colin Timms rode his static bike twice a week leading up to the Rotary Ride weekend.

Kirriemuir Rotary in Angus held a bike ride at Glamis Castle, along with a 10K fun run. They also had a couple of static bikes at the Co-op in the village.

Over a hundred members of the public took part.

This was the Tour of the Machars Sportive in Dumfries and Galloway. The Newton Stewart Rotary Ride offered two fantastic routes through the picturesque Machars area of Galloway in the Scottish Borders.

There was a 56km family route and a 116km route for the more enthusiastic cyclists, which were created by Cycle Scotland.

Both started and finished at the Wigtown Show Ground, Bladnoch Park, near to the county town of Wigtown, which is known as Scotland’s book town.

🚲 Newton Stewart Rotary raised over £2450 for #prostatecancer charities as part of their #RotaryRide 2019! 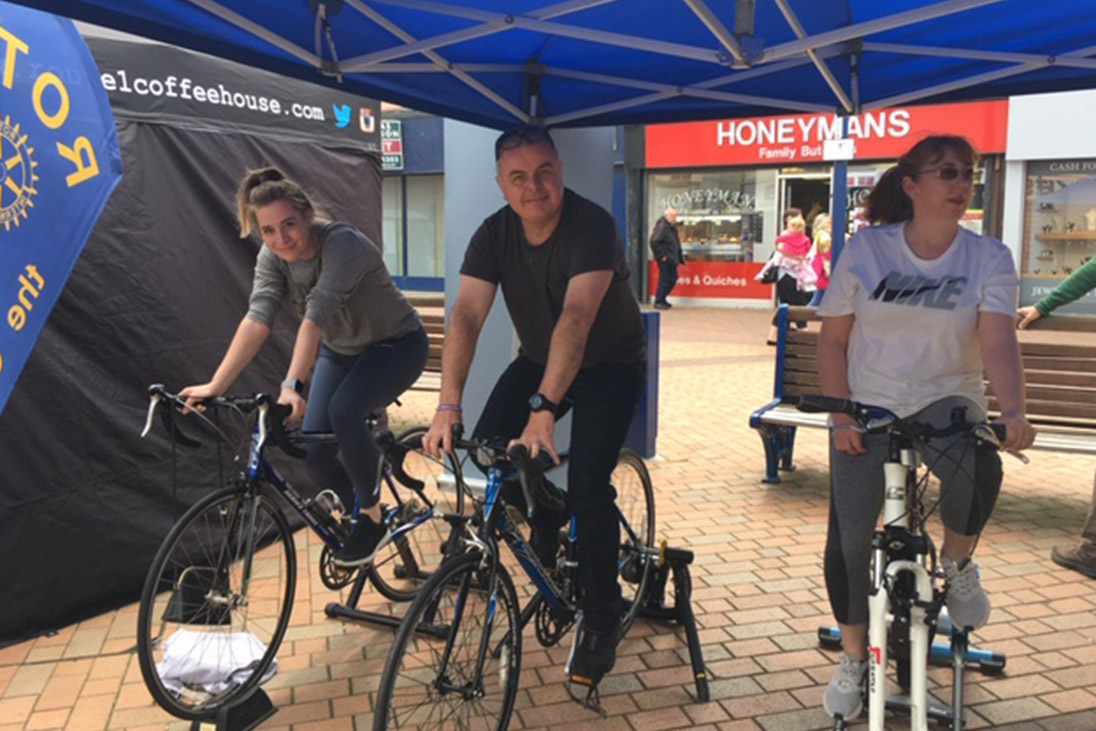 Redcar Rotary held an event in the town centre for Rotary Ride.

There was a 10-mile family ride around Ilmington Village, coupled with a more challenging 30-mile hill ride with 2,500 feet of climbing, plus an Eroica Ride, which featured steel racing cycle on a 100km route from Evesham and back via Chipping Camden and Newbold. 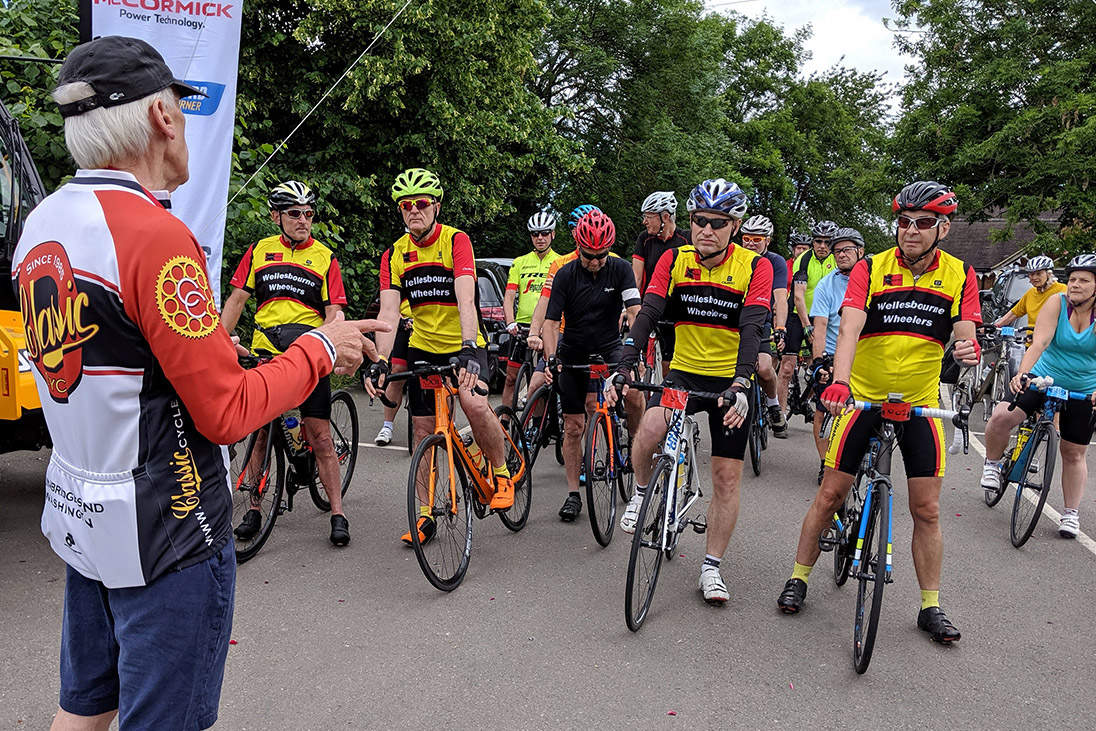 Workington Derwent Rotary held a family ride from Maryport to Allenby, and also a 30-bike static ride at a local leisure centre. 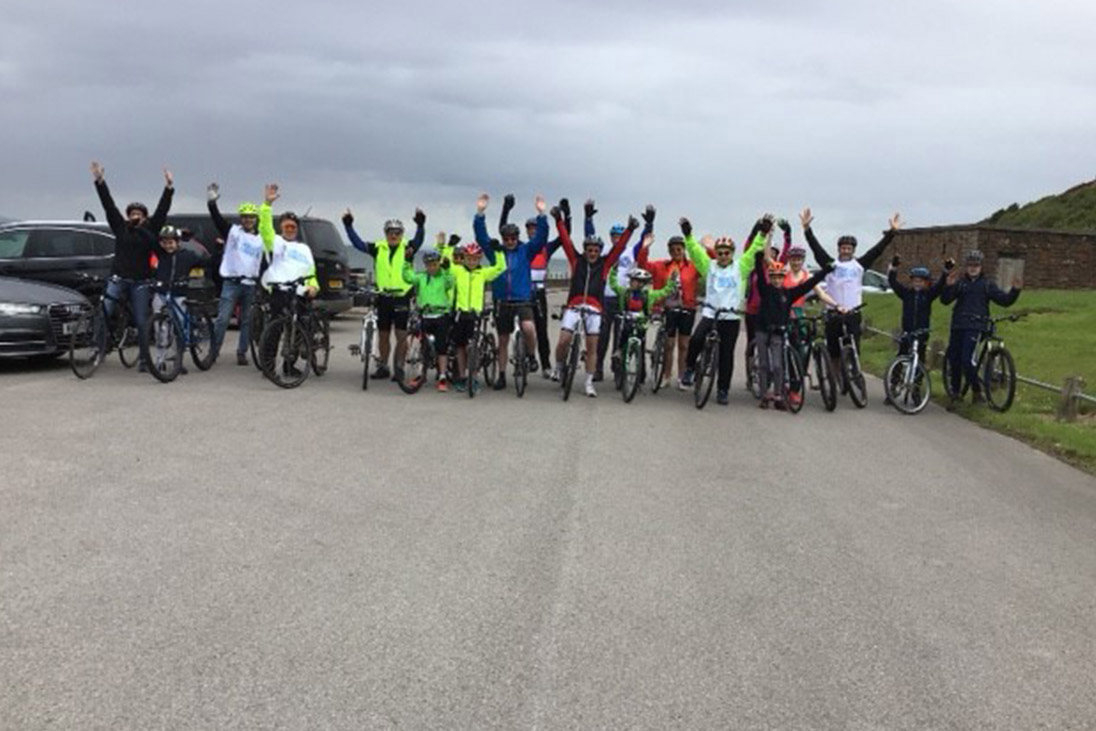 Workington Derwent Rotary invited the community to take part in their Rotary Ride 2019!

He said the aim of the annual event was to support vital life-saving research into cancer, and the excellent care provided by charities through fundraising.

He said: “We started Rotary Ride in 2015 when I was District Governor, which would be staged in and around Father’s Day for prostate charities.

“We want to grow Rotary Ride so we get lots of people out on bikes, especially kids with their mums and dads, getting out the roads, on static bikes, wherever, to raise money for these causes.

“The idea is to have a bit of fun. It’s not necessarily about raising a great deal of money, but it is also about guys knowing about their prostate.

“Men are very bad about speaking about these things, and understanding the symptoms. Instead they ignore it.”

Keith is now hoping for Rotary clubs to think about planning a Rotary Ride into their fundraising calendar next June. “Get your Rotary Ride well planned in advance, and possibly speak to bike clubs,” he said.

“Even though Rotary Ride may seem months away, it is good to start thinking about it now. Perhaps find someone who has a private estate, or a bike track.

“If you want to organise a static ride, then think about teaming up with a local supermarket with static bikes. You could even set up competitions with how fast shoppers can ride in a minute, and have a bucket collection.

“This is a fun event, it is appealing to people of all ages, and it is great fun.” 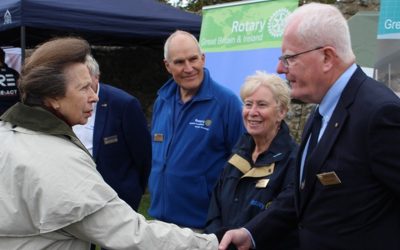 Rotary in the South East has been recognised by Her Royal Highness, Princess Royal for their dedication during the COVID-19 pandemic. 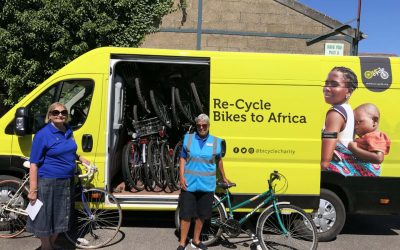 A successful day of bike collections mean that 120 could now potentially find a new home in rural Africa! 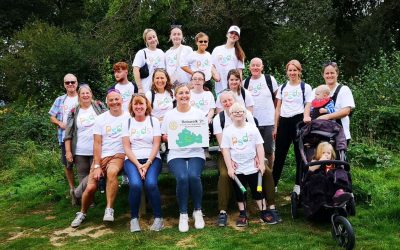 Rotary in Dorking successfully brought together several local charities for a day of walking, quizzing and fundraising.