Rotary’s efforts to eradicate the world of polio could take a big step forward in August, as the independent Africa Regional Certification Commission (ARCC), responsible for certifying the eradication of wild poliovirus in the World Health Organization (WHO) African Region, is set to make its final decision about the region’s wild poliovirus status.

In August 2019, Nigeria, the final country to be classified as ‘polio-endemic’ in the region, marked three years with no new cases of wild poliovirus. This means that the required time of no new cases had elapsed, allowing the process of certifying the country ‘polio-free’ to begin.

Since then, verification visits and critical analysis of the country’s polio surveillance and immunisation capacity have taken place, which will form the basis of ARCC’s decision in two months’ time.

Along with Nigeria, updated documentation has been supplied by the other 46 nations making up the Africa Region.

“This achievement… is a major step towards the eradication of wild poliovirus in the African region,” said Dr Matshidiso Moeti, WHO Regional Director for Africa.

“As the continent struggles with COVID-19, this milestone shows that when leaders, partners, health workers and communities come together we can triumph over the most difficult health challenges.”

If the region is certified polio-free, it would mean that 5 out of WHO’s 6 regions will have been declared free of wild polio, and just two countries, Afghanistan and Pakistan, would remain polio-endemic.

This milestone shows that when leaders, partners, health workers and communities come together we can triumph over the most difficult health challenges.”

Rotary pledged to eradicate polio, a disease with can paralyse or even kill children under the age of five, back in 1985. Since then, in collaboration with our partners WHO, UNICEF, the US Centres for Disease Control and Prevent and the Bill & Melinda Gates Foundation, the number of cases has reduced by 99.9%.

Mass immunisations around the world of 2.5 billion children mean that the number of cases has come down from around 1,000 per day in the 1980s, to less than 200 worldwide in 2019.

Significant challenges still lie ahead, and the COVID-19 pandemic has forced much of the global effort to immunise children against polio to be paused.

.@WHOAFRO is now one step closer to becoming wild polio-free. Congratulations to the countless @Rotary members in Africa and around the world who brought us to this point. Learn more: https://t.co/3SkBbOYpAp #endpolio pic.twitter.com/iLjcXdZcfU

However, the $2 billion invested by Rotary and our partners into the infrastructure and personnel to combat polio is now playing a part in the response to COVID-19.

Dr John Sever, the vice chair of Rotary International’s PolioPlus Committee, told Wired, “Our community is concerned, but we recognise the importance of the Covid problem. We’re willing to take a pause in the immunisation program with the idea we’ll return to it full throttle as soon as possible.” 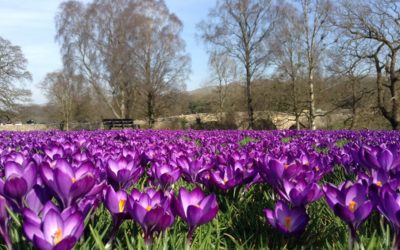