Two of Barrow’s Rotary clubs, Furness and Furness Peninsular, joined forces to unveil a tree in memory of HRH Phillip, the Duke of Edinburgh.

The Duke, who died last April, was an honorary Rotarian at a number of clubs, including Sandringham, the two Windsor clubs and Edinburgh.

The two Furness clubs had decided that an Oak tree would form the most appropriate memorial.

The clubs were grateful to BAE Systems. Burlington Stone (part of the Holker Group), who provided the slate for the plaque which was shaped and finished by The Stone Workshop Ltd from Ulverston. 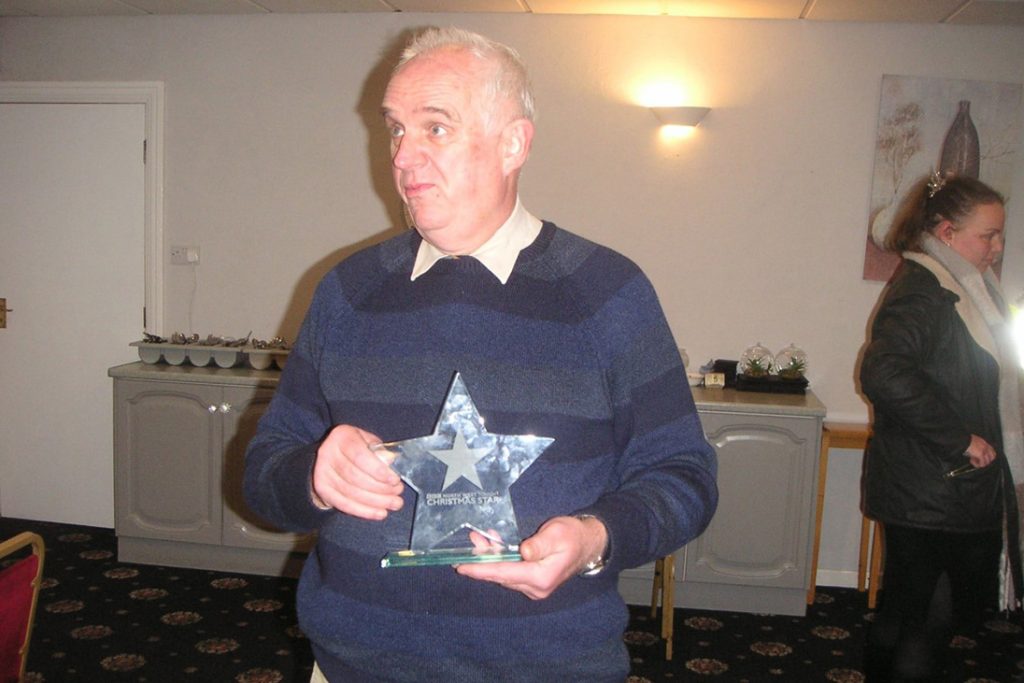 The award is made to someone in North-West England who has gone the extra mile and made a difference.

Peter spearheaded the Covid vaccination campaign in the Furness area. He organised dozens of Rotary volunteers and friends to help patients at the Alfred Barrow Health Centre in Barrow. More than 80,000 vaccines have been administered there. 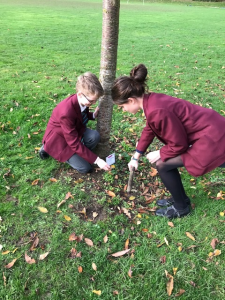 Students at Ecclesbourne School in Duffield have planting purple crocus bulbs at the school campus.

Meanwhile in Derbyshire, students at Ecclesbourne School in Duffield have planted purple crocus bulbs at the school campus to highlight Rotary International campaign to rid the world of polio.

Since 1985, Rotary’s key humanitarian priority has been to rid the world of polio and spearheaded the campaign at a time when there were over 1,000 polio cases a day in 125 countries, paralysing and even killing children.

Belper & Duffield Rotary have played a part in this international work.

Today, the number of cases is down by 99.9%. Over the last 35 years, Rotary members, working with communities around the world, have contributed more than US$2.1 billion and countless volunteer hours to the fight to end polio.

John Minton of The Ecclesbourne School said: “Thank you Belper & Duffield Rotary for providing the purple crocus bulbs to highlight the End of Polio Now campaign and also to enhance our campus.

“We have also placed a sign at the bottom of the tree to highlight your campaign.”